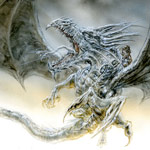 Fans of George R.R. Martin’s genre redefining fantasy book series A Song of Ice and Fire and HBO’s smash-hit TV adaptation Game of Thrones will be excited to hear that the author’s 1980 children’s novel The Ice Dragon will be getting an animated feature adaptation through Warner Animation Group.

According to Deadline, The Ice Dragon will be a family-friendly tale set in a medieval fantasy world, where enemy kingdoms fight with dragon-mounted warriors bellowing flame — and one young girl befriends a rare ice dragon. Though the original book is definitely designed for young readers, it does include instances of Martin’s recurring themes of the brutal horrors of war — it will be interesting to see whether the toon goes up a rating level to include the badly burned and wounded soldiers described in the pages.

The Ice Dragon (published by Tor Teen with illustrations by Luis Royo) is told from the point of view of a young girl named Adara — a “winter child” born during the worst freeze in common memory. Uniquely touched by the cold, Adara grows up odd and frigid to her family, but loves her special gift to tolerate ice and snow, and the relationship she forms with the elusive and feared ice dragon. When a fiery threat descends on their peaceful farm from the war-torn North, only Adara and her protector can save the world she knows from destruction.

Note: While publishers generally peg the 120-page illustrated story as taking place in the world of ASOIAF (and readers will notice similarities), Martin stated on his blog in 2015 that “The world of Ice & Fire did not exist when I wrote The Ice Dragon .”

Martin’s next book in the ASOIAF series, the first volume of a two-part history of House Targaryen titled Fire and Blood, is due out November 20. The long-promised final books of the core story are… still promised. 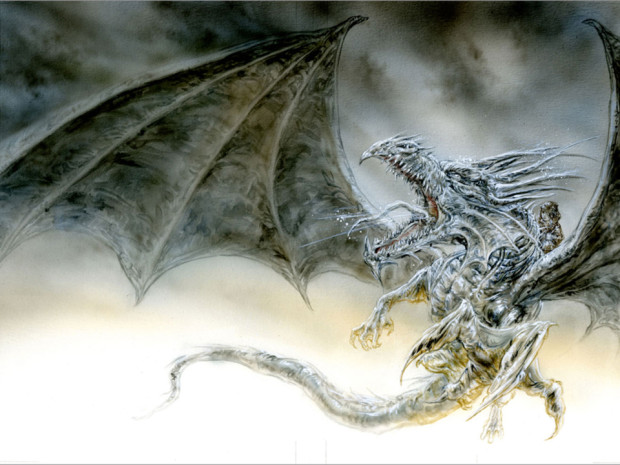