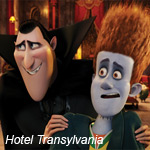 Last summer, when Sony Animation announced that TV veteran Genndy Tartakovsky would take over the reins of its animated feature about a resort for monsters, fans unanimously took a deep breath of relief. Now, after spending many years in development and going through many changes, fans can check in to Hotel Transylvania this month and take in the first theatrical effort by the man who brought them TV gems such as Dexter’s Laboratory, Samurai Jack and Star Wars: Clone Wars.

The high-spirited adventure is centered on a special weekend, during which legendary monster Dracula (voiced by Adam Sandler) has invited some of his best buddies (Frankenstein, the Mummy, the Invisible Man, the Werewolf family, etc.) to his beloved daughter Mavis’s (Selena Gomez) 118th birthday. Complications arise when a regular guy (Andy Samberg) accidentally finds his way to this freakish hotel and a romantic subplot develops between him and Mavis.

Tartakovsky talked about the pleasures and particular challenges of delving into this strange yet familiar universe during a special presentation on the Sony Animation campus in Culver City, Calif. 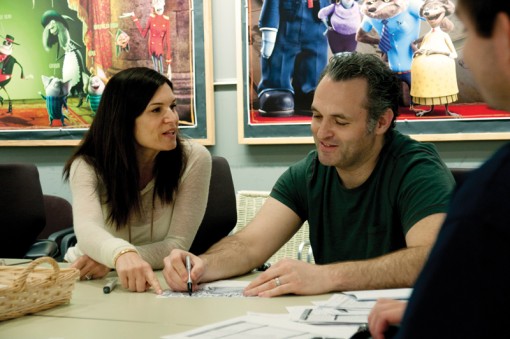 “When I came on board, they showed me the character designs and the script and the three-page outline, and I had some ideas right away,” he recalls. “I wrote another four-page outline and really thought that it was a great fit. The world looked good already. I redesigned Dracula and the human character Jonathan and fleshed out the characters. My goal was to make sure it had a broad comedic tone—along the lines of the sensibilities of the classic animation masters like Bob Clampett, Tex Avery and Chuck Jones.”

The word that pops up again and again during our conversation is “cartoony.” Tartakovsky points out that for some reason, people who work in features seem to be afraid of the actual “cartoony” nature of the art form.

“I really wanted to prove to the world and to myself that we can be both funny and physical in a CG-animated movie.” 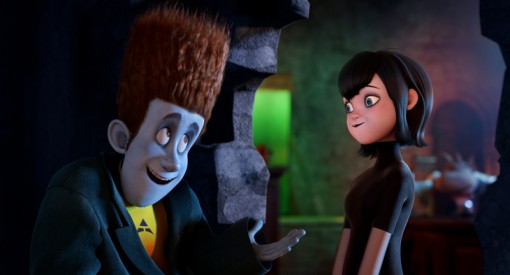 To get in the right frame of mind, the seasoned toon master went back to some of the classic black-and-white monster movies; especially Todd Browning’s 1931 Dracula, which put Bela Lugosi on the map.

“I actually had a lot of those images stored in my mind,” says Tartakovsky. “For me, it was about the clarity. Because Hotel Transylvania isn’t a big dramatic movie, our main emphasis was the visual language and the simplicity of how we tell the jokes. We have this complicated, texture-rich CG world, but I staged it really flatly. We also have complicated fur and textures, but the animation is very cartoony. You can call it a cross-breeding of two worlds. My visual language is very old school—‘50s and ‘70s-era animation. That cinematic language translated very nicely in the 3D world as well.” 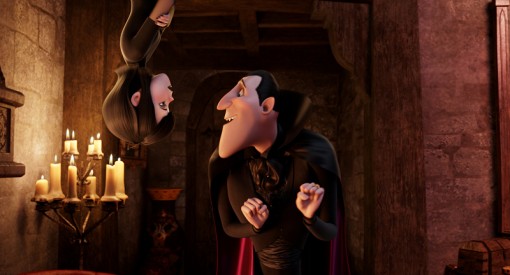 “When we say that the animation style is pushed, we mean the facial features and body proportions are exaggerated, and when you see the characters animated, it’s fun and unique and most definitely not like real life.”

Murdocca says she wanted to produce Hotel Transylvania the day she joined Sony Animation as VP of production 10 years ago.

“I fell in love with it right after I read the treatment,” she remembers. “It was a totally different movie than the one we ended up making, but it was set in the same world and had many of the same characters. I really loved the strong emotional core of the story, which is the bond between a father and his daughter. Visually, once Genndy came on board, it opened a whole new and incredible world for us.” 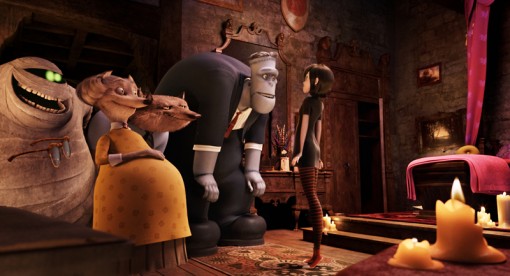 The Sony animation team helped Genndy realize his vision by pushing the CG models into a new caricatured realm.

“Our team of animators and technicians have done things that we hadn’t done before,” he notes. “We work out our acting not from a reference video but from 2D drawings. That brings a different aesthetic to the film. For example, Dracula’s eyes sometimes take up half of his face, and then they are small at other times.”

Perhaps that’s why Tartakovsky feels comfortable working in this particular CG universe. He says the movie feels very hand-drawn to him and is surprised by how much he was able to push the parameters. 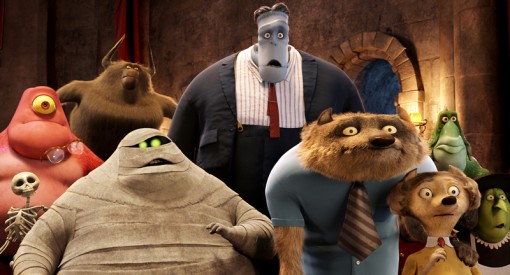 “They really broke the rig and stretched it,” he says. “They even created a motion blur just for this project. I was afraid that once I walked into this CG world, I was going to hear, ‘Oh no, you can’t do that,’ but honestly, not once did they say, ‘No, we can’t do that!’ Even with the lighting, they really pushed it. They put two or three suns in to make the scene lit the way I wanted it to be lit. Those things really make a difference in the end.”

Although the director misses working in the 2D world, he says he is definitely enjoying adding his classic sensibilities to the CG universe.

“I love drawing and I’ll always love watching drawings on the screen,” he confesses. “But I’m definitely liking mixing things up and enjoying it more than I thought I would. The other day, I brought a couple of my friends who are hardcore 2D fans to check the movie out and they said, ‘Yeah, this is fun, too!’ Sometimes you are on these long projects and you need some outside perspective. So I was happy to get assurance from my friends!” 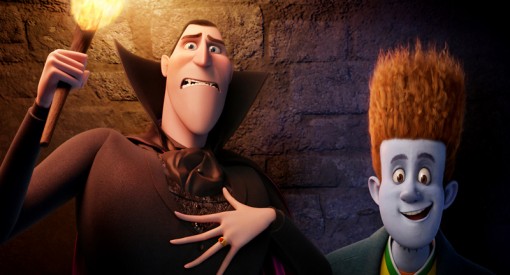 In addition to being able to work on a bigger scale and telling a more complex story, the feature world has another big advantage for the director.

“I loved watching it with an audience,” he says. “The movie has a great energy and all the jokes are landing. You always worry about that when you’re working in television. I was also happy to get a lot of comments that the emotions are very strong. Overall, I’m very proud of the animation. I think the animators were able to deliver some great performances, nice timing and funny visuals.”

Comparing the experience to working on his own Cartoon Network series, Tartakovsky says directing a movie with a pre-existing world and characters has been a completely different animal. 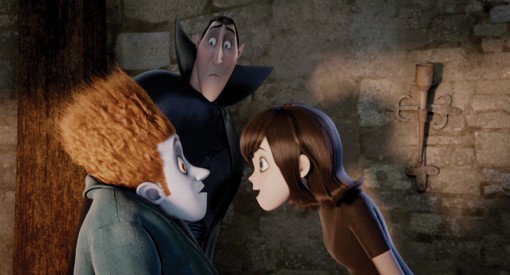 “This was a similar experience to the Star Wars: The Clone Wars series, where I was asked to come in and give the world my own spin,” he explains. “In the beginning, my biggest fear was that I was going to lose my point of view. But I think by influencing the story and the design and the way we shot and animated the movie, it still has that P.O.V. and uniqueness.”

Now that the monsters have been unleashed and his first theatrical experience is behind him, Tartakovsky has several other hot projects to keep him busy. Sony announced in June that the Moscow-born helmer will also be directing the studio’s upcoming 3D version of E.C. Segar’s classic toon, Popeye. Fans are also keeping alive the hope of a feature version of his cult hit Samurai Jack.

No matter where his career will take him, one thing is sure: We won’t be seeing the same-old cookie-cutter movies when Genndy is at the helm. 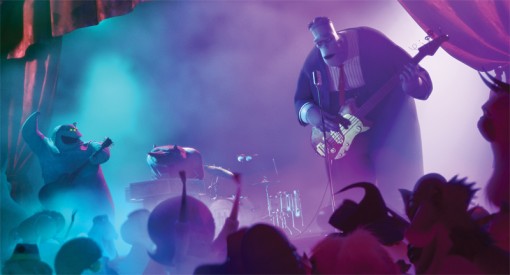 “I am very critical when I look at the animated movie scene,” he tells us. “I feel that CG has homogenized everything. All the movies are in danger of looking the same, and it’s hard to tell who did what. What’s missing in animated movies is a singular voice. Of course, that’s also missing in the live-action world. You want to see that purity of vision, so that you can say, ‘Oh, that’s a Hitchcock movie.’ In animation, people like Brad Bird or Pete Docter are the exceptions. That rarely happens in animation. I want to make a movie that people can say, ‘Oh, that’s a Genndy film.’”

Sony Animation’s Hotel Transylvania will open in theaters on September 28. 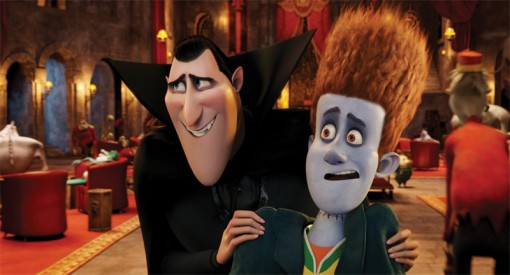 A Fresh Order of Heroes in a Half-Shell
A Good Time to Watch ‘Adventures in Plymptoons!’