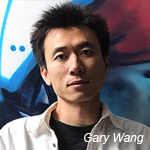 Gary Wang, the man behind on-line video venture Tudou has unveiled a new Beijing-based animation studio to focus on domestic feature projects. Wang, who sold his online venture to Youku, told The Wall Street Journal that he is hiring L.A. and San Francisco directors, storyboard artists and senior animators to work at his new studio.

“I get the impression that everyone there is excited about the Chinese market,” said Wang, who was born in China but moved to New York in 1993 to attend high school and then to study computer science at John Hopkins University. He told the paper that he has already secured hundreds of thousands of dollars from international investors for his latest project and that the output will be mainly aimed at domestic audiences.

Wang’s studio will be a new domestic competitor in a landscape dominated by Hollywood features such as DreamWorks Kung Fu Panda and Madagascar 3. Recent home-grown pictures such as Legend of a Rabbit have failed to find a large audience in the country. DreamWorks will be one of Wang’s major competitors since it’s already building Oriental DreamWorks near Shanghai, a joint venture owned alongside China Media Capital, Shanghai Media Group and Shanghai Alliance Investment. Not surprisingly, among DreamWorks’ upcoming co-ventures in China is the third outing for Kung Fu Panda.