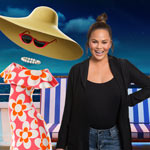 And, be sure to pick up the August issue of Animation Magazine to read all about Genndy Tartakovsky’s refreshing return to the world of Hotel Transylvania.

In Summer Vacation, it’s smooth sailing for the Hotel Transylvania regulars as the monsters indulge in all of the shipboard fun the cruise has to offer, from volleyball to exotic excursions, and catching up on their moon tans. But the dream vacation takes a dangerous turn when Mavis realizes Drac has fallen for the human captain of the ship, Ericka, who holds a mysterious secret that threatens them all.