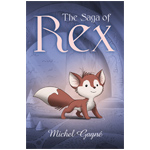 Michel Gagné’s popular graphic novel The Saga of Rex is on its way to become an indie animated feature, thanks to Belgium-based animation studio Grid Animation. The 2010 Image Comics graphic novel follows the adventures of little fox named Rex, who is transported by a mysterious spaceship to the arcane world of Edernia, where he meets an enigmatic bio-morph with a flying saucer. Originally, the property was serialized in the comic anthology publication Flight and Gagné launched a successful Kickstarter campaign that allowed him to produce a Rex short.

Gagne, whose numerous animation credits include features such as The Iron Giant and Ratatouille and the award-winning game Insanely Twisted Shadow Planet produced a 30-second demo of what a Rex movie would be like using Toon Boom’s popular Harmony software. “The whole experience was worth it on two fronts. My first intent was to get the attention of a producer/investor/studio. The second intent one was about proving that with enough skills and imagination, the whole process, from storyboard to final encoding, could be done at professional studio level, by one person. Thanks to incredible advances in technology this is now feasible” says the animator. “For the short film, I did the animatic, the music editing, the animation, the special effects, the compositing, the editing, the encoding and mastering, with a handful of software. All the tools are at our disposal, you can rival with big budget movie production and Toon Boom is a big part of this.”

Mark Mertens, managing director of Grid Animation, noted, “After seeing the Kickstarter campaign, I contacted Michel to inquire about the rights for the movie. I was thrilled to discover that they were still available.”

“I’m extremely excited about the prospect of working with Grid Animation and have access to the amazing European talent pool,” says Gagné. “With a proper budget, and an inspired team to help me fulfill my vision, my dream of making an animated feature film that is a poetic work of art is now closer than ever to becoming a reality.” 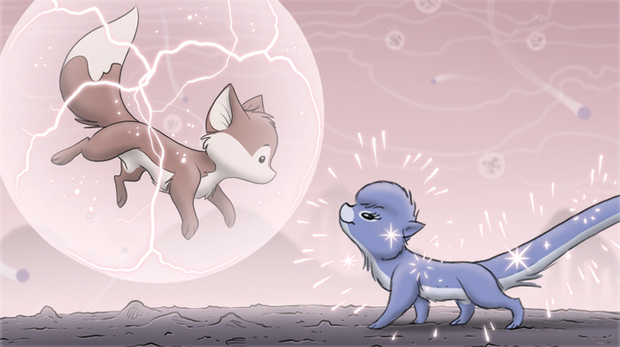 You may also like...
Related Topics:Astérix: The Mansion of the Gods, Cartoon Forum, Flight, Grid Animation, Image Comics, Kickstarter, Mark Mertens, Michel Gagne, The Saga of Rex, The Triplets of Belleville