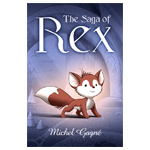 We’ve been following the many ventures of animator, game designer and all-around talented artist Michel Gagne closely for the past few years. We are happy to announce that this latest project, a four-minute animated film based on his fantastic graphic novel The Saga of Rex has officially launched on YouTube this week. He was able to raise funds to make this short through a successful Kickstarter campaign. The comic, was originally serialized in Flight Vol. 2 to 7 and published as a single book in 2010 by Image Comics.

Gagne, a graduate of Canada’s Sheridan College, worked for Sullivan Bluth Studios for six years, working on such films as An American Tail, The Land Before Time, All Dogs Go to Heaven, Rock-A-Doodle and A Troll in Central Park. While at Bluth’s company, Gagne worked on his own short film, Prelude to Eden, which was nominated for an Annie Award in 1996. His numerous feature credits also include Quest for Camelot, The Iron Giant, Osmosis Jones, Ratatouille, Brave and Horton Hears a Who! In 2011, he created the BAFTA and Annie Award-winning 2D side-scrolling video game Insanely Twisted Shadow Planet.

The Saga of Rex centers on a spunky little fox who is plucked from his home world by a mysterious spaceship and transported to the arcane world of Edernia, where he meets Aven, an enigmatic biomorph with a flying saucer. You can enjoy the first part of The Saga of Rex here. 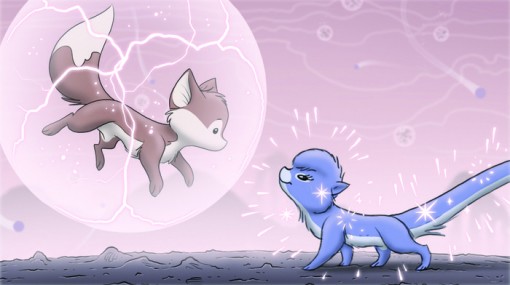