“We’re extremely pleased with our results this quarter, delivering double-digit increases in operating income across all of our businesses and the highest quarterly earnings per share in the history of the company,” said Robert A. Iger, chairman and CEO. “Our continued strong performance reflects the strength of our brands, the quality of our content, and our unique ability to leverage creative success across the entire company to drive value.”

The increase in domestic home entertainment was due to higher unit sales, which reflected the success of Frozen and Thor: The Dark World in the current quarter compared to Wreck-It Ralph and no comparable Marvel title in the prior-year quarter.

Higher international theatrical results reflected the strength of Frozen in the current quarter compared to Wreck-It Ralph and Oz The Great And Powerful in the prior-year quarter. 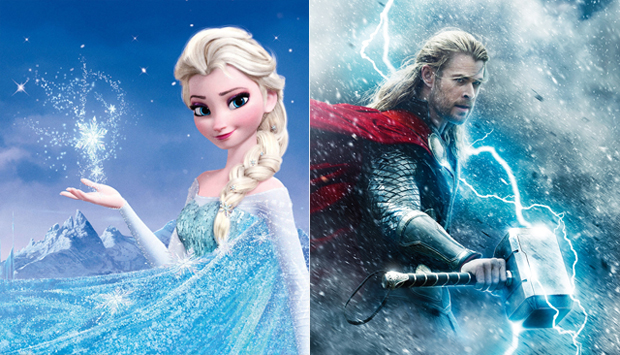