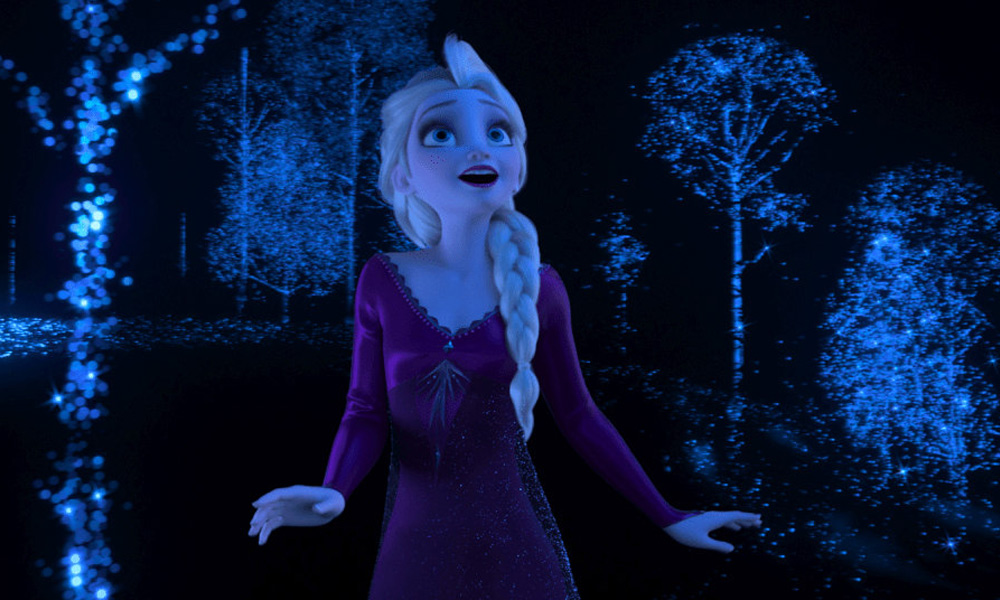 The numbers don’t lie: $400 million in North America; $890 million outside the U.S.; $1.28 billion total worldwide box office. The 2013 original holiday release Frozen was a hit like Disney had never seen.

After countless dress-up costumes, tickets to musical performances, dolls and castles have been sold over the last five years or so, you’d think it would be intimidating for the filmmakers who left an indelible mark on the childhood of millions of kiddos to even think of taking a crack at something like Frozen II. But this was a journey director Jennifer Lee couldn’t wait to take.

“I was really moved by the folklore of the region, where Hans Christian Andersen was inspired by all that was available, and we really got to branch out from there,” says Lee, who became the Chief Creative Officer at Walt Disney Animation in June of 2018 after John Lasseter’s departure. “When people think of Elsa they think of ice, but Iceland was mostly founded by Scandinavian folk, and they brought with them the Old Norse myths. It was wonderful to be able to travel to see these areas that inspired the stories this time.”

Lee says those classic myths were like a playground for her. “I wanted to bring them up and have this connection between the ancient Norse myths and Elsa and Anna,” she adds. “So it just got bigger when we were developing the story. This is a story about Elsa and Anna, and Elsa being a woman that is carrying the weight of the kingdom on her shoulders. That’s the heart of it. It’s about Elsa, her sister and her having to wrestle with her power as it grows.”

As key members of the creative team traveled to Scandinavia for more research, Lee came up with an important distinction between the sisters that helped frame everything going forward for the sequel: Elsa is very clearly a mythic hero who takes on the world and the world’s problems with supernatural powers, while Anna is a fairytale hero who is human and lives in a world that’s surrounded by magic, but she doesn’t possess magic herself.

Lee explains, “Once that became clear to me, a lot of things fell into place, and the path for each character — what their needs and wants are, what sort of fate they might have in the end — seemed to make sense. So, it helped all of us with our conversations about who these characters are becoming as they go on their journey, as the song says, ‘Into the Unknown.’ ”

Adds director Chris Buck: “So, a lot of this is that there’s unfinished business. What has changed? What needs to be addressed? Elsa is back, she’s the queen of Arendelle, but now what? She was in hiding and living in fear. Things are different now because people have accepted her. We asked ourselves, what’s next for her? She still has these powers that she doesn’t completely understand, or understand why she has them.” 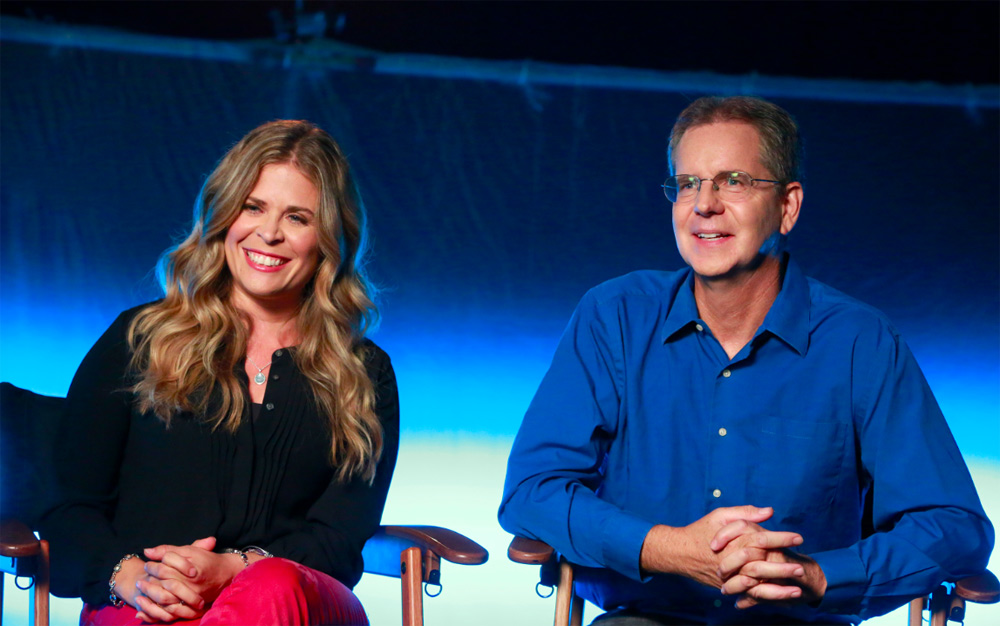 While the first Frozen film was so deeply connected to the idea of winter and ice, the sequel has an entirely fall color palette that’s meant to signify Elsa and Anna taking a journey into an entirely new realm where Elsa’s powers and Anna’s faith will be tested. That trek takes the audience to meet two new supernatural characters — the Nokk, a water spirit who has been seen in many of the early trailers, and Gale, who swirls around the beloved characters, as she teases and plays with them.

For the film’s heads of animation, Becky Bresee and Tony Smeed, having such identifiable and deeply loved characters meant keeping the look consistent, but also incorporating changes and updates.

“Through every film, even though we know the characters and we had the rigs from the first film, there’s still a lot to think about,” says Bresee. “We had to completely rebuild the characters knowing what we know now. And because we could do that, we knew that there were some things that were difficult the first time through maybe just because of the rig and the way we were moving it. So, just little things we learned on the first film we were able to bring to the new film.”

Smeed says their work was also made much easier by knowing both the characters from the first film and advances made on the tech side in the last six years.

“Speed overall, too, is a big factor in what we were able to do this time around,” says Smeed. “I mean, back when we started, if we wanted to render out our scene to see what we’ve been working on or just get a sense of how something is working overall, then you’d have to hit ‘go’ and then walk around for something like 40 minutes and then come back to your scene. And now, you know, because of the speed of things, we can shoot it out literally in 10 seconds.”

Smeed says even the characters’ computer iteration and the speed at which they can move the character around has gotten a lot better since the first movie. “Some of the new characters were still difficult,” he adds. “Gale was difficult because there were so many different ways you could have played that. And finally, we decided on the way we went because it made the character more mysterious. The character can be there one minute and then run away, and then you don’t know where it is. The Nokk was also challenging because you’re not even sure what it’s going to look like at first.”

The Nokk — a water spirit Elsa encounters in the sea — was created using a horse rig which, of course, made it look like a horse. But then, lighting and tech would have to come into the process early in this case, so the entire character was assembled using an unusual feedback loop. Often, animation hands off what they’ve done to other departments. In this case, each department was heavily involved in making adjustments and adding elements that would then be critiqued or altered by another’s adds. 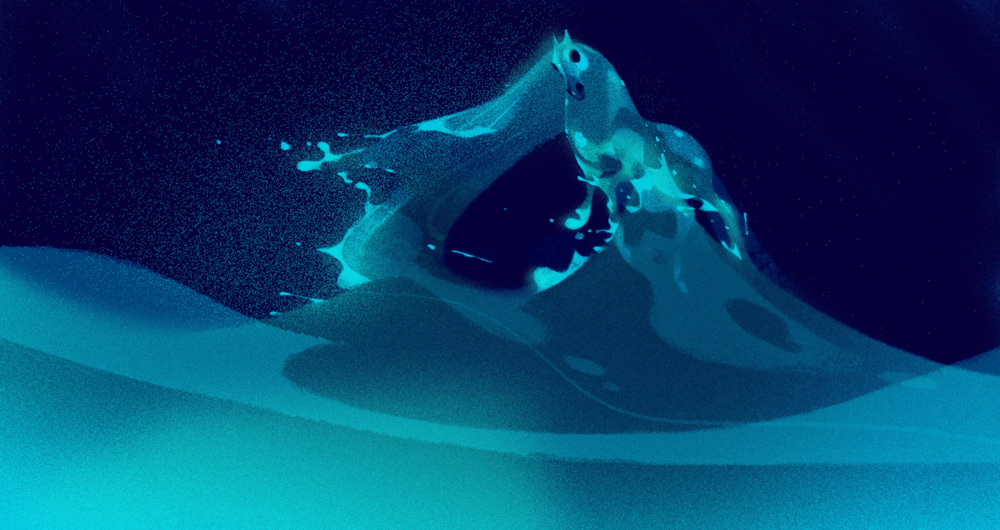 Some of the biggest challenges involved giving the Nokk and Gale a way to convey emotion. The Nokk wasn’t designed as a horse in the same way as Maximus from Tangled. Gale was intended as a kind of spirit that manifests like wind.

“One of the things that we love as animators is finding a way for a creature or a character to show what they’re feeling,” says Bresee. “We’re there to help make the director’s vision come to life. We’re always looking for ways for the character to serve that story and become what they need to be. So, with the Nokk that looks like a horse, well, horses flip their ears in different directions for different reasons. There was a lot of research that went into understanding how horses move, and we started asking ourselves, if we can’t move the face or show through the face, how do we relay their feelings with body movements?” 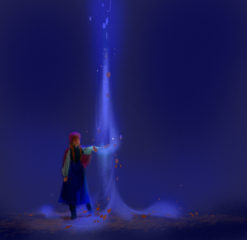 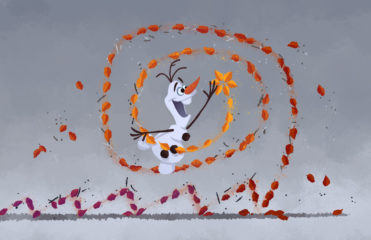 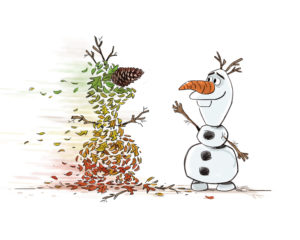 Bresee says the restrictions and challenges often make the projects even more fun for her team. “That’s what makes you come up with some of your best ideas for a character. It’s always fun to find a way to do something that, maybe, has never been done before.”

“I know we joke that we knew this in Frozen 1, but we didn’t, which was that the mythic story often tragic, and it’s about a sort of superhuman character, someone with special powers who carries our sins and our flaws and our mistakes for us. They usually have a tragic fate. I looked at Frozen 1 and thought that Elsa would have had a tragic fate, and so would the world. Imagine if Hans had killed her and the storm raged on. That would have been the mythic version. But the fairytale of Anna came in and saved the day. And the power of the two of those tug-of-warring together was the biggest discovery. That really came from the research about the difference between a myth and a fairytale.”
-Director Jennifer Lee

A 2D Future at Disney?

Last month in an interview with Slash Film, director Jennifer Lee and producer Peter Del Vecho said they are both more than open to a return to traditional 2D animation, given it’s the right choice for the movie. “I think we’re one of the only studios in the world that can do both, and how that evolves over time and how we experiment with different styles. But it ultimately comes down to the filmmakers and how they want to tell that particular story,” said Lee. Buck added, “The hand-drawn animators have helped out a lot with our CG animators. I think there’s an appeal that the hand-drawn animators, it’s innate in them, and they’ve been teaching the CG animators.” 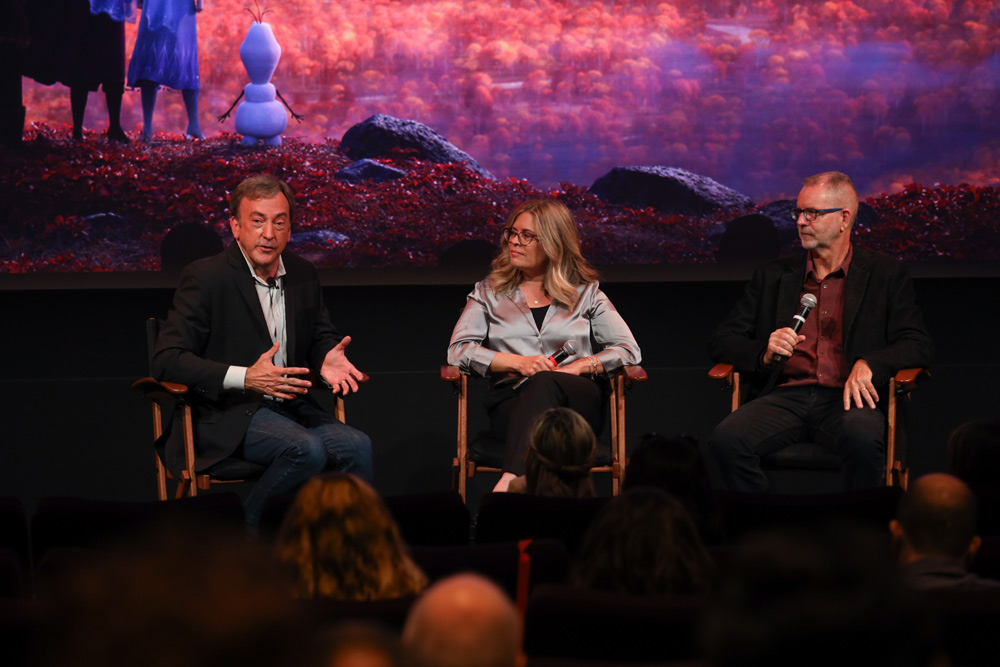