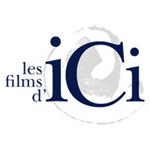 The French studio behind the hit Waltz With Bashir has given the go-head for two live action/animation hybrid features, The Last Hijack and Mister Wu, reports Variety.

Les Films d’Ici has set up Hijack as a co-production with Submarine in Amsterdam and Still Films in Ireland. Tommy Pallotta and Submarine’s Femke Wolting are set to direct the film, which is about piracy in Somalia. The film will feature a half hour of animation. Pallotta was a producer on the Richard Linklater hybrid animated features A Scanner Darkly and Waking Life.

Mister Wu will be directed by Patrick Zachmann and Liu Jian. Based on Zachmann’s experiences, it is about a French photojournalist prepping a book on the Chinese diaspora. Liu will create animated sections for the film.