Fox Animation has picked up rights to award-winning author Ben Hatke’s Zita the Spacegirl graphic novel trilogy, to be produced by Chernin Entertainment (Miss Peregrine’s Home for Peculiar Children). The first book arrived in 2011, with the series published in the US by Macmillan’s First Second imprint.

The Zita movie will be overseen by Darlene Caamano Loquet for Fox Animation.

The books follow a girl named Zita whose life gets complicated on a cosmic level when her best friend gets abducted by an alien cult. Finding herself on a strange planet inhabited by humanoid chickens and neurotic robots, she assumes the role of an intergalactic hero in order to find her way back to Earth, and kick some butt on the way. 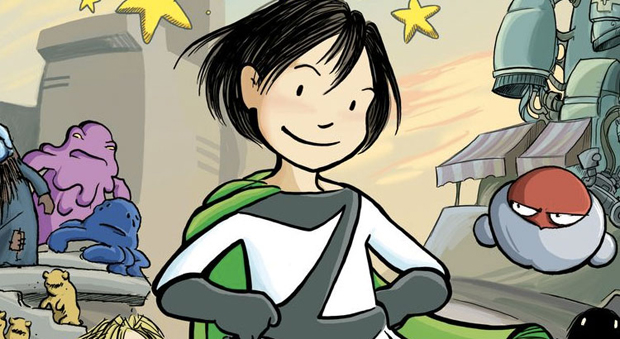