The New Year could scarcely slow Star Wars: The Force Awakens’ box office rampage, with the movie posting a record domestic gross of $88 million in its third weekend of release.

That brings the movie’s domestic gross to $740 million, while the foreign tally stands at $770 million for $1.5 billion worldwide tally.

That means records are falling like crazy: Star Wars: The Force Awakens stands a mere $20 million behind the all-time domestic record gross held by Avatar and has done it in record time. Time will tell if Force has the legs to top Avatar’s $2 billion foreign gross and all-time worldwide record gross of $2.8 billion.

Also in its third weekend of release, Fox’s Alvin and the Chipmunks: The Road Chip was the No. 5 movie for the weekend with $12 million in ticket sales. That brings it to $67 million domestic and $24 million foreign for a $91 million worldwide total.

Pixar’s The Good Dinosaur grossed $4 million this weekend to bring its gross receipts to $115 million domestic and $129 million foreign for $244 million.

Nearing the end of its theatrical run, The Peanuts Movie grossed $550,000 this weekend. It stands at $128 million domestic and $77 million foreign for $206 million worldwide.

And opening Dec. 30 in very limited release on four screens is the stop-motion feature Anomalisa. That gives the movie an impressive $35,000 per-screen average for the weekend and brings its domestic release to $213,000. 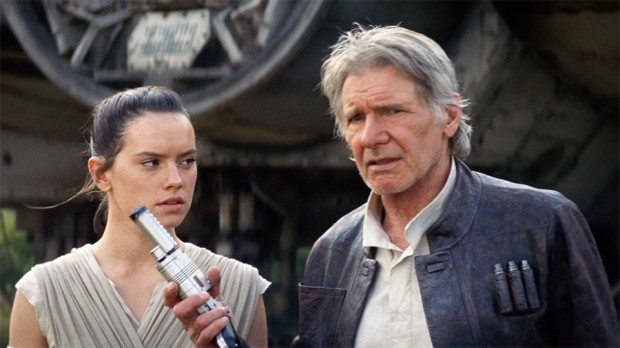 You may also like...
Related Topics:Alvin and the Chipmunks: The Road Chip, Anomalisa, Avatar, Fox, Pixar, Star Wars: The Force Awakens, The Good Dinosaur, The Peanuts Movie