J.J. Abrams’ Star Wars: The Force Awakens continued to blast through box-office records at warp speed over the Christmas holiday, hitting the $1 billion milestone faster than any film in history and leading North American theaters’ biggest Christmas weekend ever, taking in $153.5 million for a domestic total of $544.6 million.

Force Awakens surpassed $1 billion on Sunday on its twelfth day out, edging past Jurassic World‘s previous record of 13 days. Jurassic World was helped significantly by a day-and-date China release which brought in an opening total of $100 million, while Force Awakens doesn’t arrive in Chinese theaters until January 9. 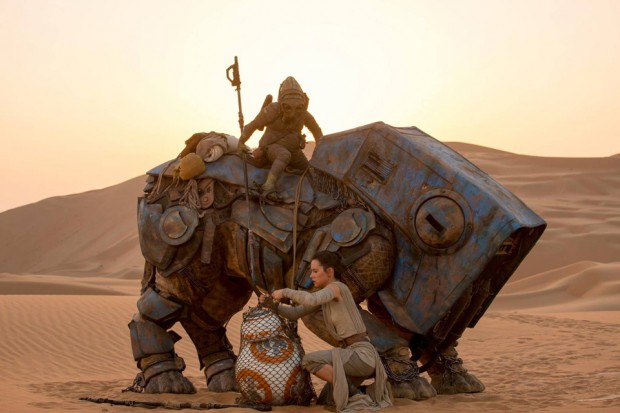 Clip: Shake Your Bear Thing with ‘Norm of the North’
Clip: DWA’s ‘Croods’ Now on Netflix