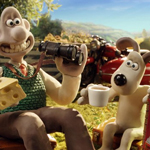 Quality and creativity are the keys to longevity — and global popularity — for Aardman Animations on its 40th anniversary.

Few studios are as beloved as Aardman Animations, the Bristol, U.K.-based maker of such worldwide favorites as Wallace and Gromit, Chicken Run and last year’s smash hit preschool feature Shaun the Sheep Movie.

Founded by David Sproxton and Peter Lord when they were just friends in high school, it’s now been 40 years since the duo struck out and made its first professional animated project. Since then, some of the most delightful and ambitious stop-motion animation ever made for any platform — from shorts and TV series to commercials, digital content and feature films — has come out of Aardman, and they have the awards to prove it.

To celebrate this milestone, the Aardman co-founders were interviewed at the Annecy festival to talk about the origins of the studio and where it’s going.

Animation Magazine: What would you say were the key moments in Aardman’s history?

Peter Lord: I try not to yak on about how it used to be, but there’s some important things. The very fact that we started in British TV by selling something to the BBC when were still at high school, the fact that we then got into clay animation, which is a small choice but really crucial, because it changed our status completely and changed our direction completely. Then how we made films for children and films for adults and built up slowly, which I think is important. And then the fact that we one day employed a nervous young gentleman named Nick Park, who proved to be pretty important to us as well. And once he joined the company, that lead on in due course to making feature films. Whether we would have done that without him, I can’t tell you, but that’s the way it went.

David Sproxton: They kind of spun out of the Wallace and Gromit half hours. That helped build our credibility and, of course, winning some Oscars always helps. 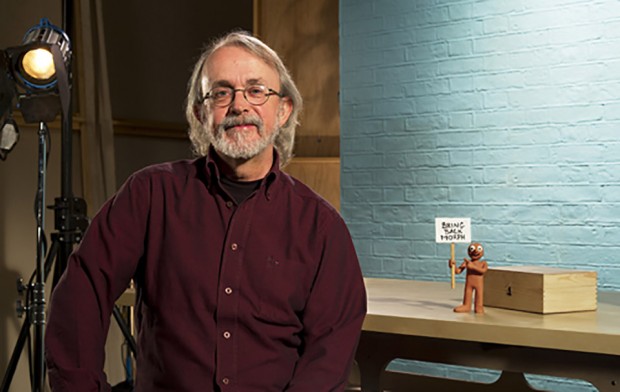 Animag: It makes sense on the business end. How about the creative side?

Sproxton: We try to make films that have staying power, which will sort of stand the test of time. Which I think the Wallace and Gromit films and I think Chicken Run does — it’s still well loved, it still plays well. It still looks quite contemporary even though it was made 15-16 years ago now. The Wallace and Gromit things are set in their own little oeuvre really, which seems to be timeless. There are few more contemporary references in the Shaun the Sheep film, like apps and mobile phones, that would slightly date it a little bit, but not profoundly. So I hope that will run and run.

Animag: What do you see for the future of doing stop-motion or clay animation? Do you think there is a consistent market for it because it’s never broken through the same way that CG has.

Lord: Sort of both. Yes, it hasn’t broken through. I don’t know why. But as far as we’re concerned, it’s creatively and economically viable, so we’ll absolutely stick with it. There’s a lot of stop motion around now. More than there ever was, actually, which is nice. … Why it doesn’t break through, I find slightly mysterious, because like with Shaun the Sheep, anecdotally, the reviews in the states were absolutely superb. And I know that, with due deference, that reviews don’t make much impact on box office. That’s obvious. But I just look at a review as an endorsement that you’ve made a really good film that communicates to people, which we did. And so the reviews for Shaun the Sheep were fantastic, but the box office was moderate. And I don’t know why it is. … But If there’s something holding the audience back, I don’t want to change what we do to chase after that audience.

Animag: What does the immediate future have in store for Aardman?

Sproxton: Nick’s started his Early Man, which is quite a big film; very different in terms of the characters. … It’s great fun, with a very stupid story indeed. And that’s out 2018.

Lord: We’re working on a Shaun the Sheep sequel. …  We’ve got four or five good projects that we are working with now. … The studio stands on several different feet. There’s not just features. We do features, we do TV series, we do TV commercials, we do digital interactive stuff and there’s the whole license and marketing side.

Sproxton: We’ve been dipping our hand in the VR thing.

Animag: It seems like you very much keep the creative at the core of the company.

Lord: Yes, we do. Because you have to be — you have to be economically smart as well — but that’s right. I always think we are creatively led. That’s the most important decision, always: the creative decision.