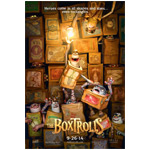 The Boxtrolls centers on a boy named Eggs (Game of Thrones’ Isaac Hempstead-Wright), who as a tot is orphaned and then adopted by a strange colony of under-ground dwelling creatures known as Boxtrolls, whose late-night scavenging for mechanical odds and ends has made them deeply understood by the elitist townspeople dwelling above. When a social climbing ne’er-do-well named Archibald Snatcher (Sir Ben Kingsley) sets out to exterminate the Boxtrolls, Eggs must team up with Winnie (Elle Fanning), the daughter of an important Lord and Lady, to rescue his adopted family. 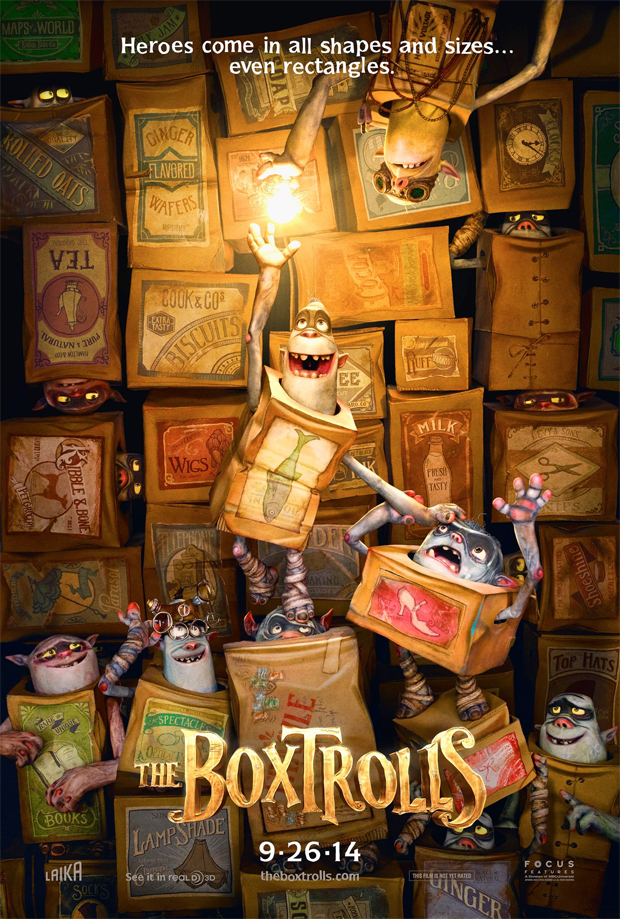