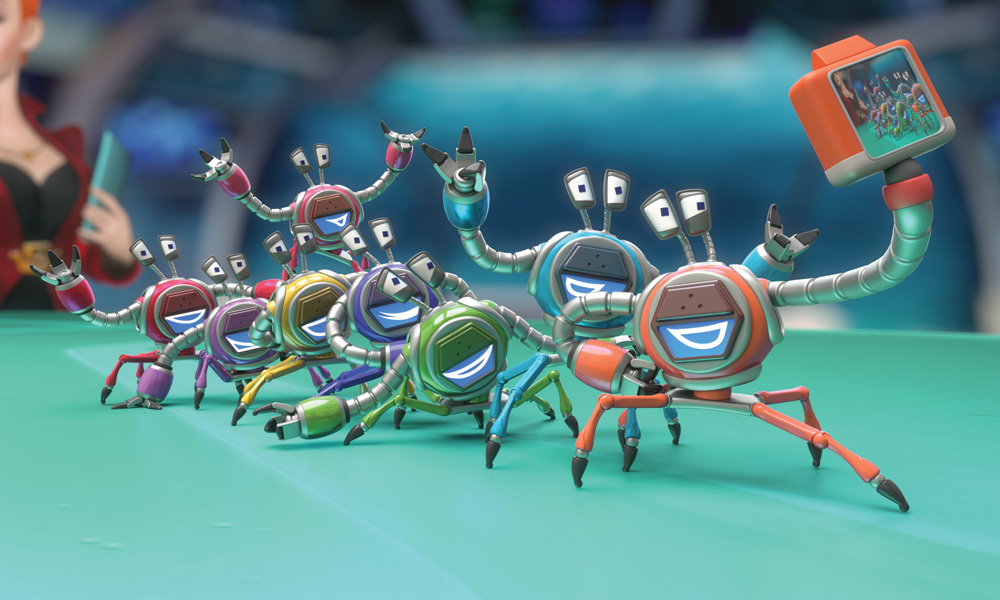 Animation fans will remember The Fixies as the charming little creatures that live inside our machines, appliances and devices, and help repair them when things go awry. First introduced in 2010, the characters starred in their own animated TV show, created and delivered by Russia’s Aeroplane Productions. After making their feature film debut last year, they are getting ready to make another splash in a much-anticipated sequel, slated to be released by Central Partnership in December of 2019.

The new adventure finds The Fixies facing new challengers called the Crabots, miniature robotic crabs created by Professor Eugenius’ college sweetheart and rival. “To talk about the ‘origin’ of our latest feature Fixies vs. Crabots, we have to go back to 2005, to the beginning of the whole Fixies project,” says Michael Mennies, Aeroplane’s prolific producer and director of international productions. “Aeroplane’s founder and director Georgy Vasilyev was co-producing a series with Pilot Animation and the studio’s creative director, Alexander Tatarsky, based on famed Russian children’s author Eduard Uspensky’s The Wee Warranty Workers. Vasilyev set out to modernize the concept of little human-like creatures who lived inside of appliances as a feature film. The project was financed and ready for production until the 2008 economic collapse, which took the funding down with it.”

Not wanting to let the project die, Vasilyev decided to re-develop the project as an edutainment series for Russian TV and the international market. The series premiered in 2010 and international sales began a few years later. “The Fixies has grown into one of Russia’s most popular animated shows in history,” says Mennies. “It’s hard to say if launching the brand as an independent feature would have had the same result, but ultimately, being such a huge hit in Russia propelled The Fixies into a full-fledged 360-degree brand.”

The show (104 x 4’ with 52 x 6’ new episodes about to be released globally) has been sold to broadcasters in over 80 countries. “Interestingly enough, China has become the second largest market for The Fixies brand after Russia,” says Aeroplane’s managing director Julia Sofronova. “The series has gained more than 3.7 billion views on China’s QQ (Tencent) platform, and 4 billion additional views on iQIYI, Youku, and others. Views on the official Russian YouTube channel now exceed 4.2 billion views. The English language channel, under the direction of WildBrain, is averaging around 8 million views a month in just over a year.”

Last year, the project came full circle with the release of the brand’s first full-length feature The Fixies: Top Secret. The film has been sold to more than 40 countries internationally, with an international box office of more than $8 million. In Russia, the title became the most successful Russian-produced CG-animated film ever.

“The production of our second film in the franchise, Fixies vs Crabots, began before the release of the first feature,” notes Mennies. “The total production cycle will be around three years with a budget of about $5 million. Presales for the sequel will start at this year’s American Film Market with Central Partnership as the distributor.”

Mennies has an interesting point about the success of the property. “We all live in a world in which virtually every moment of the day involves our interaction with technology. As humans, we have a natural curiosity to understand how it works,” he says. “The Fixies animate our technological world and make it friendly and less intimidating. They offer kids new tales and myths to help them adapt to today’s reality.”

A Different Cinematic Approach
The creative team approached the feature films differently than the TV series. “The series is designed as edutainment, a combination of social/emotional stories with real educational content, while the feature strive to be first and foremost high-quality family entertainment,” notes Mennies. “The story structure for the movies is also far more complex, more like a novella. Also, the higher resolution demands of the big screen have required us to create far more detailed models for the characters and sets. When we launched the series we didn’t need to give much thought to the seam of a character’s costume, which is now a visible detail.”

All of the feature’s animation is produced in-house at Aeroplane’s Moscow studio, where the artists use Nuke, Maya and RenderMan tools to deliver the impressive visuals. Mennies says the sequel’s enhancements have affected all stages of animation, with more complexity in character and camera movements, set and color design, and sound design and mixing. “The second feature builds on what we learned in the first with the addition of new characters, bigger sets, and more complex action sequences,” he adds. “Of course, the plus in all of this is that it has made us stronger in our animation for the TV series as well.”

According to Mennies and Sofronova, some of the movie’s biggest challenges were not technical, but creative. “In Russia, our audience became fans of the show on free TV and YouTube, so the challenge was to create a feature film that would get our audience excited enough to go to the theater and buy tickets,” says Sofronova. “This became our criteria for judging whether or not we delivered on that challenge. We are proud to say that we exceeded all expectations with a box office that was 1.5 times higher than any market forecasts. Many parents chose The Fixies: Top Secret as the first feature outing for their young children. Many of these kids got their parents to take them two or three times!”

In addition to the upcoming Fixies movie, the team at Aeroplane is also in production for the fourth season of the series. “We are also developing a spinoff series featuring the Crabots,” says Mennies. “In addition, we have a new musical project called Multipelki, a collection of original director-driven animated films featuring Russia’s most popular children’s songs.

Our complex relationship with technology and ability of The Fixies brand to bring humanity to machines serves as a popular driving force for the movie. “They live inside of our gadgets and take care of them, and so wherever you live there are Fixies nearby helping you. That’s why we feel that their stories can travel all around the world and captivate young viewers,” says Mennies. “We have worked hard to create a multi-layered film, a rich mixture of comedy and adventure, that will be fun for kids, but is still engaging for adults. It’s big, funny, modern musical with an ending that will leave audiences feeling really happy and warm in their hearts! After all, isn’t that what we want when we watch a movie with our kids?”

Aeroplane Productions’ Fixies vs. Crabots will be released on Dec. 26, 2019. Central Partnership is the film’s international distributor. For more info, visit aeroplaneproductions.com and centpart.ru/en. 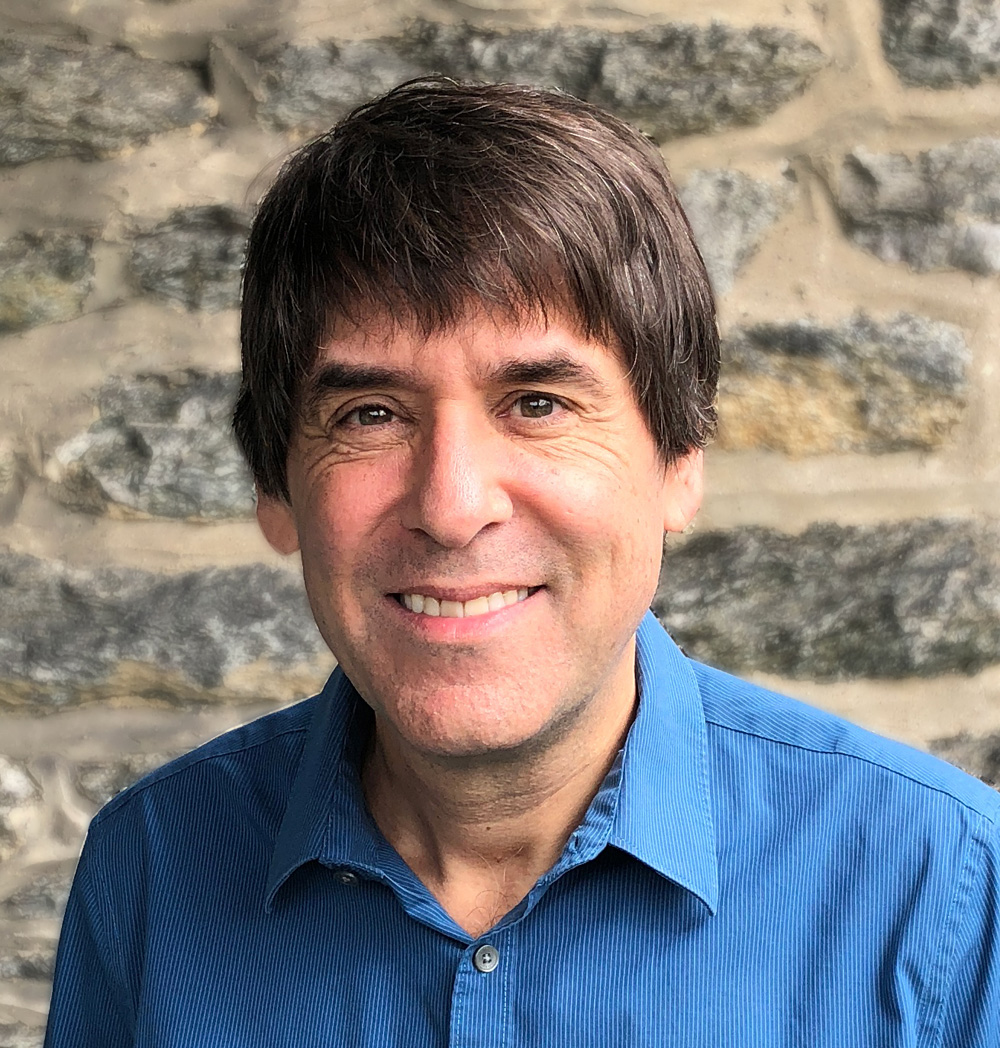 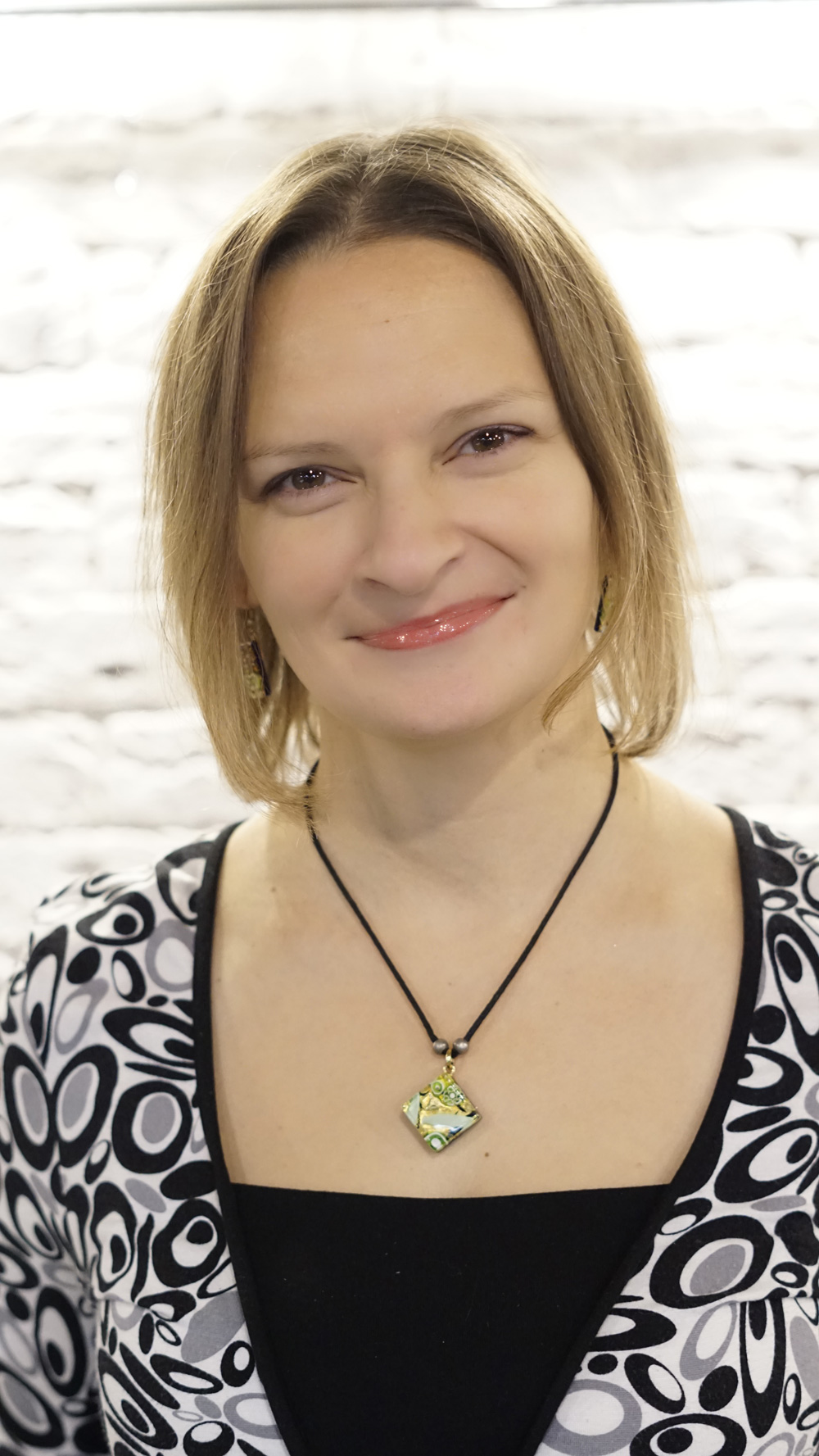