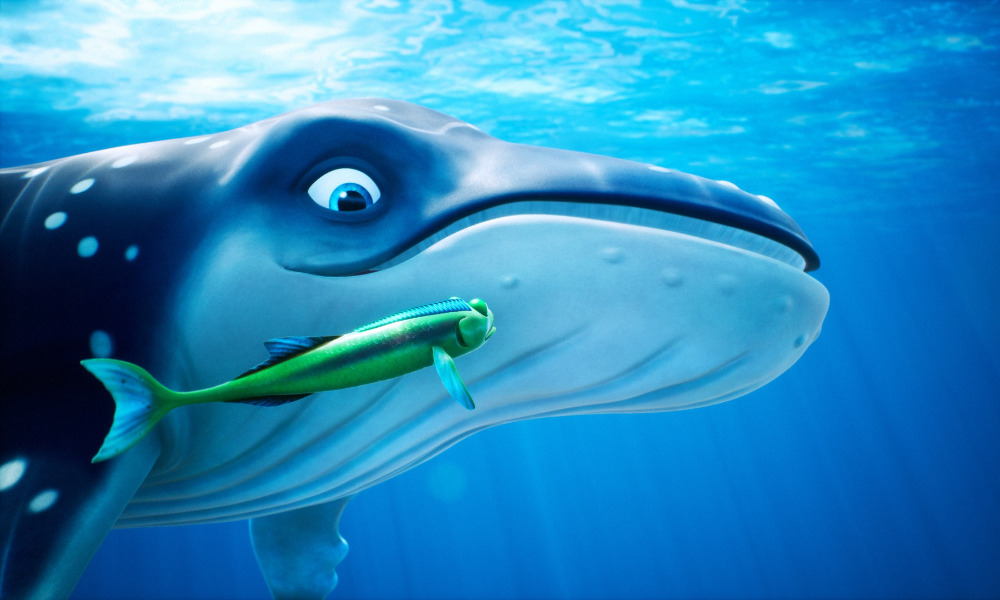 Transmedia content creator Telescope Animation today announces the release of the first proof-of-concept trailer for its upcoming animated film, The Last Whale Singer, giving audiences a glimpse at the future of developing animated content for multiple platforms. Created entirely in Unreal Engine, today’s trailer marks the first look at a massive, shared universe with an interwoven story that includes an upcoming video game, an episodic series, AR/VR projects and more, each created using the same assets designed for the film.

The Last Whale Singer feature film tells the story of Vincent, a rebellious teenage humpback whale, who must confront his destiny and save the oceans from destruction by an ancient evil. Along with the film, the story will expand through a prequel game and several connected projects leveraging XR technology, all created and shared within Unreal Engine 5, using a custom-built pipeline.

“Our plans for The Last Whale Singer required us to look at how we create content in a different way, which meant we needed to develop a new pipeline from scratch,” said Reza Memari, Telescope’s co-Founder and co-CEO, as well as the film’s writer and director. “The clip is proof that our plan is working, and it is the first of many reveals we think both fans and other studios are going to love.”

Founded in 2018 by Memari and veteran producer and co-CEO Maite Woköck, Telescope Animation was envisioned from the start as a transmedia studio, leveraging the full potential of Unreal Engine. Memari and Woköck determined that a custom-designed pipeline within the game engine would allow artists to simultaneously develop projects across multiple platforms, all while using the same tools and assets. 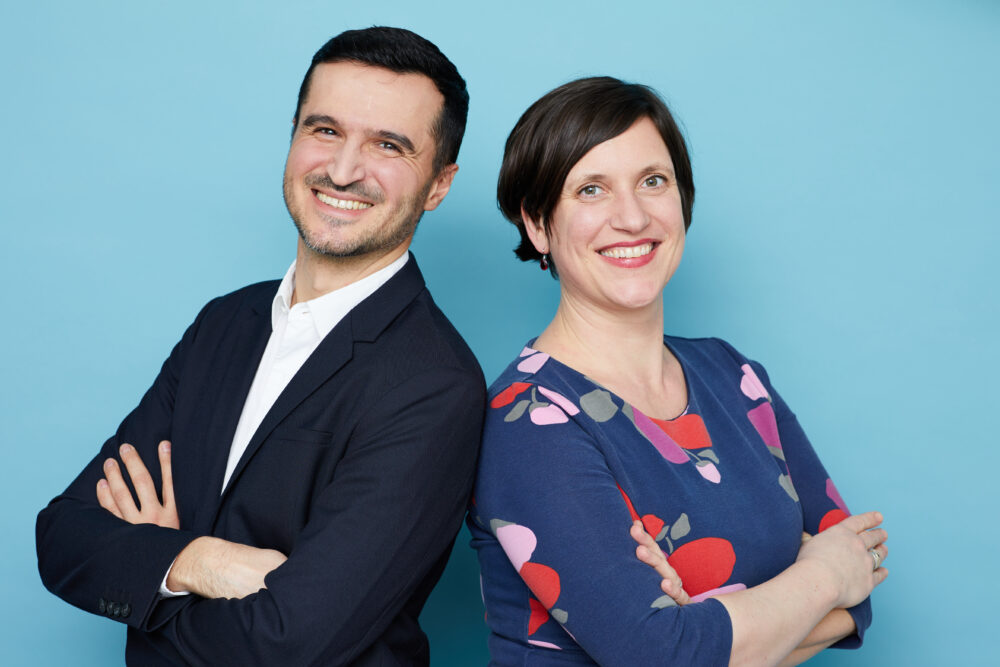 Along with giving audiences a first look at an interwoven story that exists across multiple mediums, today’s trailer for The Last Whale Singer acts as a proof-of-concept, confirming the full potential of Telescope Animation’s ambitions. To help accelerate the development process for the video and speed its release, Telescope received the first of two Epic MegaGrants. Along with financial assistance, Epic also provided extensive technical expertise, but the support didn’t stop there.

Following the confirmation of the first grant earmarked for the trailer, Telescope Animation also received a second MegaGrant to help finalize work on its bespoke pipeline for Unreal Engine 5. 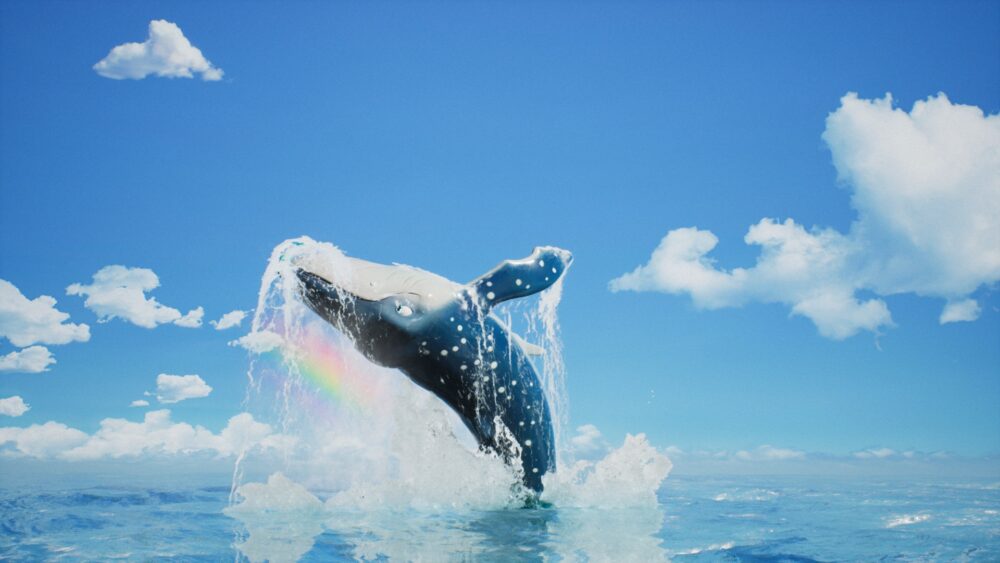 “It’s no longer a secret, something special is happening right now in real-time animation, and we’re thrilled to support talented creators using Unreal Engine to share stories in all-new ways,” shared Chris Kavcsak, head of Epic MegaGrants. “With The Last Whale Singer, Telescope Animation is diving into an ocean of opportunity, building a transmedia universe that can live and grow across a variety of art forms, from the popcorn-friendly big screen to moving XR experiences.”

Created in-house from the ground up, Telescope Animation’s pipeline streamlines the process for artists, game developers, animators and storytellers looking to develop multiple releases at once within Unreal Engine 5. Assets can be created in real time, speeding up the process by virtually eliminating rendering times, and then shared to other projects. Artists can also storyboard in 2D and 3D, directly within Unreal Engine, while virtual reality camera rigs further expand the possibilities by giving artists the ability to create the shot layout directly within virtual sets. Location and character creation can be procedurally generated, saving both time and resources. Telescope is also developing an advanced water simulation, which will be featured throughout the Whale Singer Universe. 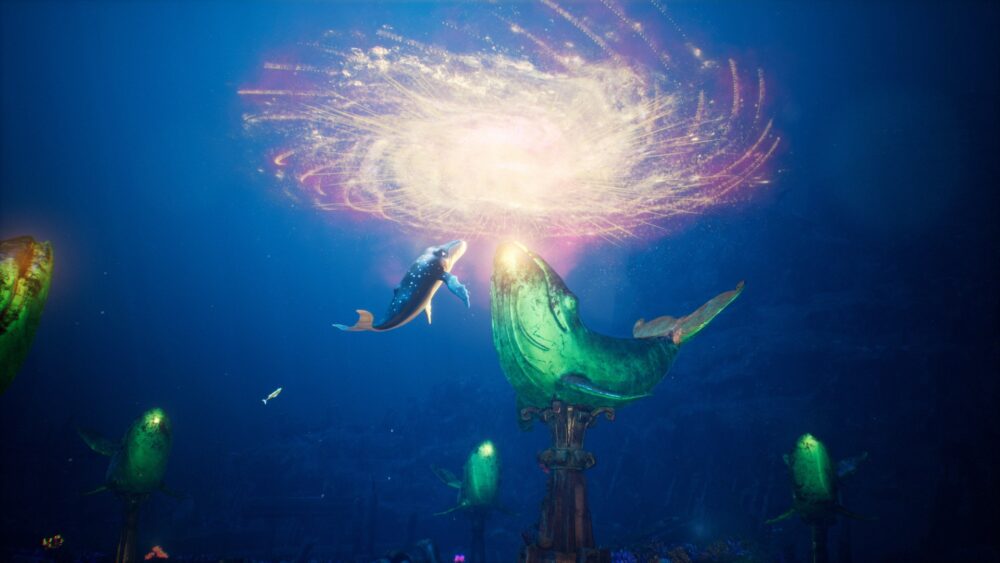 Telescope Animation also received a first-of-its-kind grant from Creative Europe MEDIA (culture.ec.europa.eu), the European Union’s program supporting the cultural and creative sectors, highlighting the studio’s “Innovative Business Models and Tools.” The funding helped Telescope establish its first facilities and further the development of its proprietary pipeline. Since its founding, Telescope Animation has grown from an ambitious idea to a multi-location organization, with a game/AR/VR-focused studio in the Berlin-Brandenburg region, and an animation-focused studio in Hamburg. Staffing has also seen a significant increase, with a growing stable of full-time and contract artists and production teams helping to bring Telescope’s visions to life.

“When we founded Telescope Animation, we knew that we were creating something new — not just in terms of content, but in how we approached the entire process,” said Woköck. “Now that we have all the pieces in place, we will have a lot more to show you in the near future!” 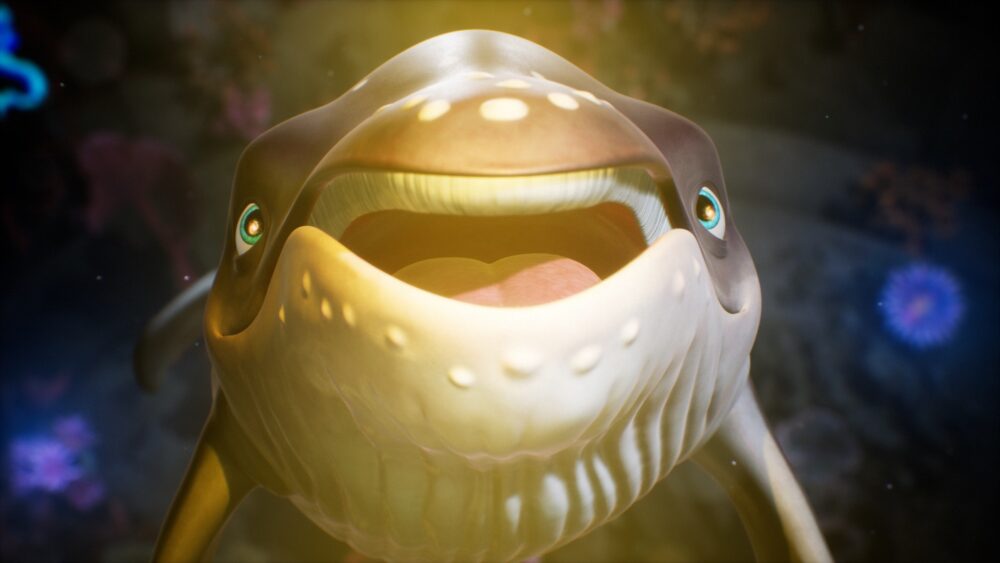 Production on The Last Whale Singer feature film is set to begin later this year, with a theatrical release targeted for 2025. The prequel game, titled The Last Whale Singer: Rise of the Leviathan, is also currently in development for PC, Nintendo Switch, as well as the PlayStation and Xbox family of consoles. The game’s launch will be timed to coincide with the release of the film, slated for 2025. Additional projects connected to the shared Whale Singer universe — as well as two other original IPs in development — will be announced in the future.

The Last Whale Singer will make its official, public debut at the Annecy International Animation Film Festival on June 13. The concept trailer will be on display in the Epic Games booth.