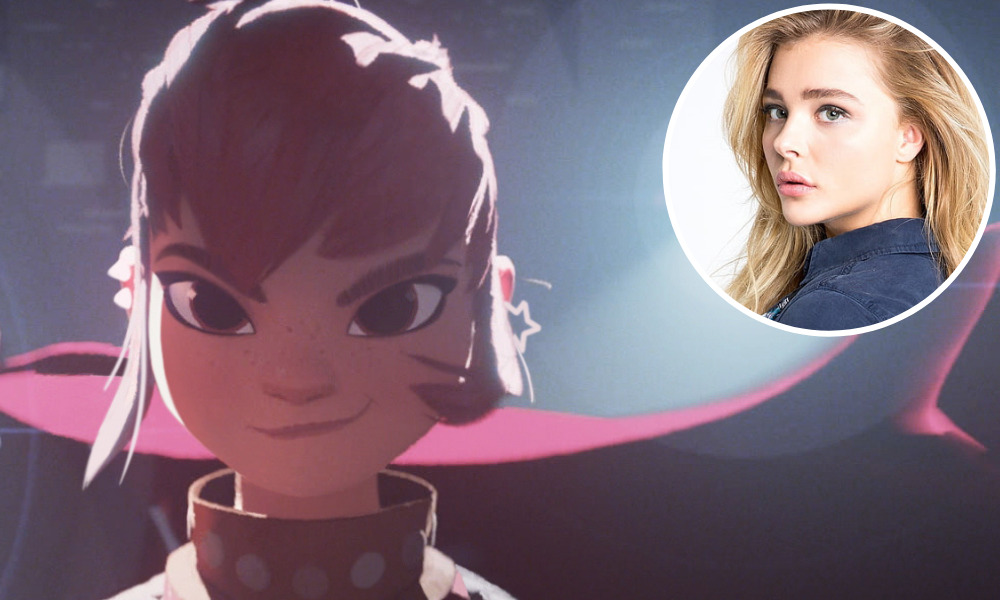 Chloë Grace Moretz stars as 'Nimona' in the Netflix adaptation

Fantasy comics fanatics, rejoice! Netflix dropped the gauntlet today, declaring that an animated feature adaptation of Nimona is going ahead! The film is being produced in partnership with Annapurna Pictures (Missing Link, Sausage Party), with animation by DNEG. Nimona is slated to premiere on the streamer in 2023; production began early last year.

The voice cast will be led by Chloë Grace Moretz as Nimona, Riz Ahmed as Ballister Boldheart and Eugene Lee Yang as Ambrosius Goldenloin.

Adapted from the New York Times bestselling graphic novel by author ND Stevenson (Lumberjanes, She-Ra and the Princesses of Power), who broke the news on their Twitter account this morning, Nimona is being directed by Nick Bruno and Troy Quane (Spies in Disguise); produced by Roy Lee, Karen Ryan and Julie Zackary; and executive produced by Robert L. Baird, Megan Ellison and Andrew Millstein.

“Nimona’s always been a spunky little story that just wouldn’t stop. She’s a fighter… but she’s also got some really awesome people fighting for her,” Stevenson Tweeted. “I’m excited out of my mind to announce that THE NIMONA MOVIE IS ALIVE…”

Synopsis: A Knight is framed for a crime he didn’t commit and the only person who can help him prove his innocence is Nimona, a shape-shifting teen who might also be a monster he’s sworn to kill. Set in a techno-medieval world unlike anything animation has tackled before, this is a story about the labels we assign to people and the shapeshifter who refuses to be defined by anyone.

Stevenson also unveiled a first-look image from the movie, showing off the CGI makeover for our shapeshifter hero:

The original story won critical acclaim in both its original webcomic and graphic novel form, earning an Eisner Award nomination for Best Digital/Webcomic in 2015 and winning Best Graphic Album Reprint the following year.

Nimona was previously picked up for adaptation by Fox Animation in 2015, to be produced by Blue Sky Studios with Patrick Osborne and Marc Haimes attached as director and scriptwriter. Following the 2019 acquisition of Fox by The Walt Disney Company, the film was delayed twice before Disney announced that Blue Sky was being shut down in February 2021, and the project was canceled.

Recently, amid the #DisneySayGay controversy, anonymous former staffers from Blue Sky revealed that Nimona was “75% complete” when Disney shut it down, and that filmmakers had received pushback from Disney brass over LGBT-positive themes in the movie. Comics creator Stevenson identifies as nonbinary, and the original comics were noted for exploring queerness and gender identy. Netflix seems a fitting home for Nimona’s tale after this pushback, having brought The Mitchells vs. the Machines‘ LGBT lead character Katie to screens.