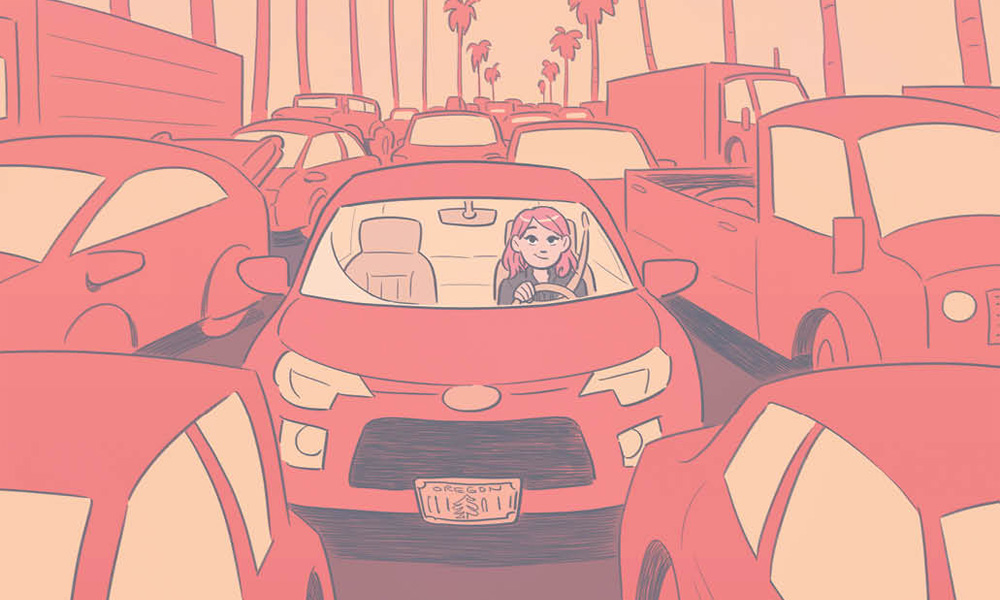 I Moved to Los Angeles to Work in Animation

BOOM! Studios has unveiled a first-look at I Moved to Los Angeles to Work in Animation — an original (and relatable!) graphic novel coming this December which is based on cartoonist Natalie Nourigat’s true life quest to pursue her Toon Town dreams. Entertaining, informative and inspiring, this illustrated quest through the City of Angels is an engaging story and a unique guide for others on similar journeys.

When she left her life in Portland to move to Los Angeles and pursue a job in animation, Natalie Nourigat realized that despite her research, nothing truly prepared her for the wild world that awaited her in the studios of Southern California. This autobiographical how-to graphic novel explores the highest highs and lowest lows of pursuing a dream in animation with a dose of humor and advice not found anywhere else!

I Moved to Los Angeles to Work in Animation will be available in print at local comic-book shops on December 26, and at bookstores on January 1. A digital version will be available to purchase on platforms including ComiXology, iBooks, Google Books and the BOOM! Studios app.

Visit www.boom-studios.com (@boomstudios) to follow this and other titles.