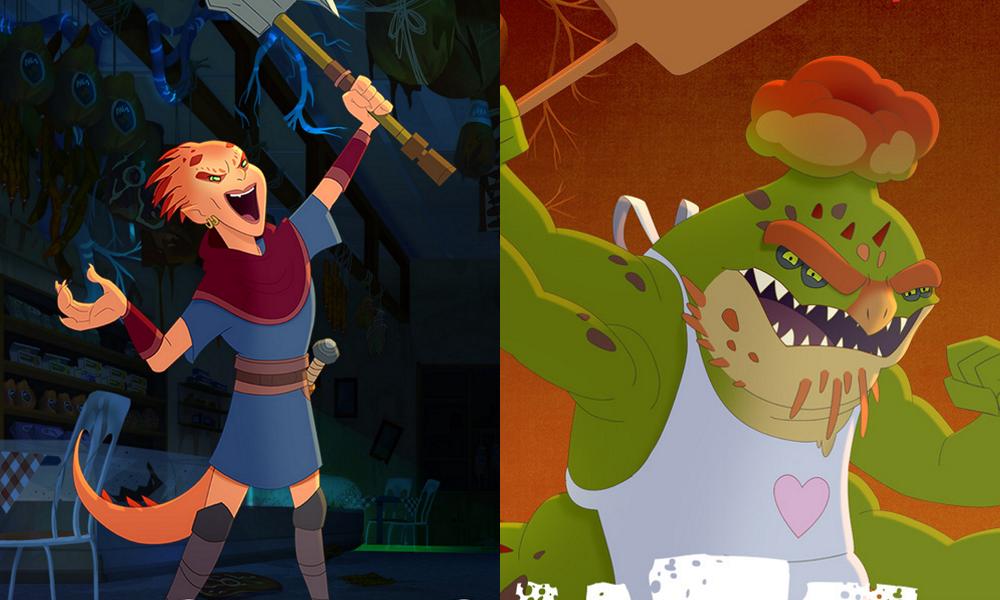 Ahead of the highly-anticipated Season 2 premiere this Friday, Atomic Cartoons and Netflix has revealed first-look character images of the monstrous makeovers given to actors Catherina O’Hara and Bruce Campbell in The Last Kids on Earth.

O’Hara voices Skaelka: This female monster was a vicious warrior in the monster dimension: scary savage and fiercely ferocious. Skaelka is extremely enthusiastic. She’s always ready to rumble and forever eager to use her ax. She is obsessed with decapitation – and is forever bummed that Jack won’t let her chop off zombie heads.

Catherine O’Hara is an Emmy and multiple CSA-winning actress with a long list of VO credits in addition to her well-known work with SCTV and in Christopher Guest comedies like Best in Show and A Mighty Wind. She recently voiced Grandma Frump in MGM’s The Addams Family; other animated feature credits include The Nightmare Before Christmas, Frankenweenie, Monster House, Over the Hedge and the English dub of When Marnie Was There, along with TV toons Skylanders Academy, Glenn Martin DDS and guest spots on The Magic School Bus Rides Again, Harvey Beaks and Sofia the First. O’Hara can be seen in Emmy-nominated comedy Schitt’s Creek, and is providing a voice for U.S.-Chinese CG flick Extinct (2021).

Campbell plays Chef, the grouchy monster who cooks all the bizarre concoctions at Joe’s Pizza. He’s still learning how to cook with Earth food. His cuisine is less than tasty, but he challenges Dirk (one of the kid survivalists) to competitive cook-offs!

From Atomic Cartoons and based on the New York Times bestselling book series by Max Brailler, The Last Kids on Earth is a fun and lighthearted series about Jack Sullivan and his band of suburban middle schoolers living in a decked-out treehouse, playing video games, gorging themselves on candy and battling zombies. Season two — premiering this Friday, April 17 — will feature the voices of Mark Hamill, Rosario Dawson, Catherine O’Hara, Bruce Campbell, Keith David and Nick Wolfhard. 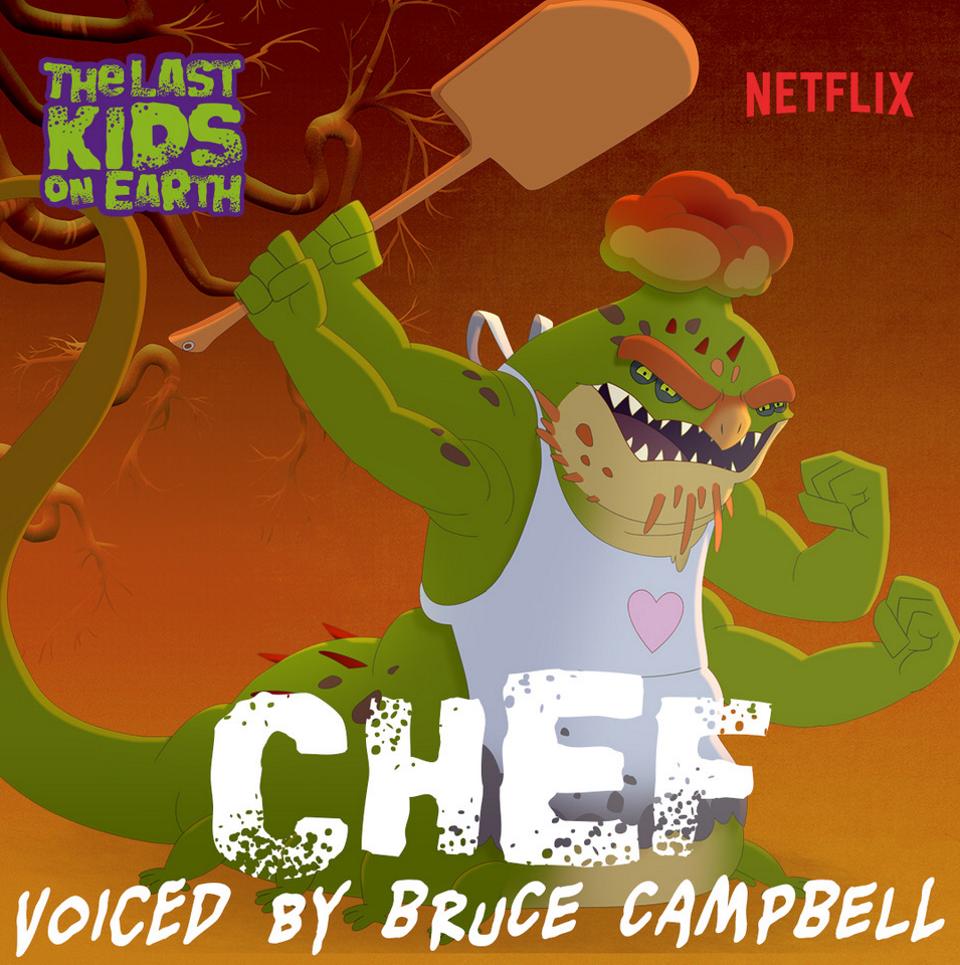 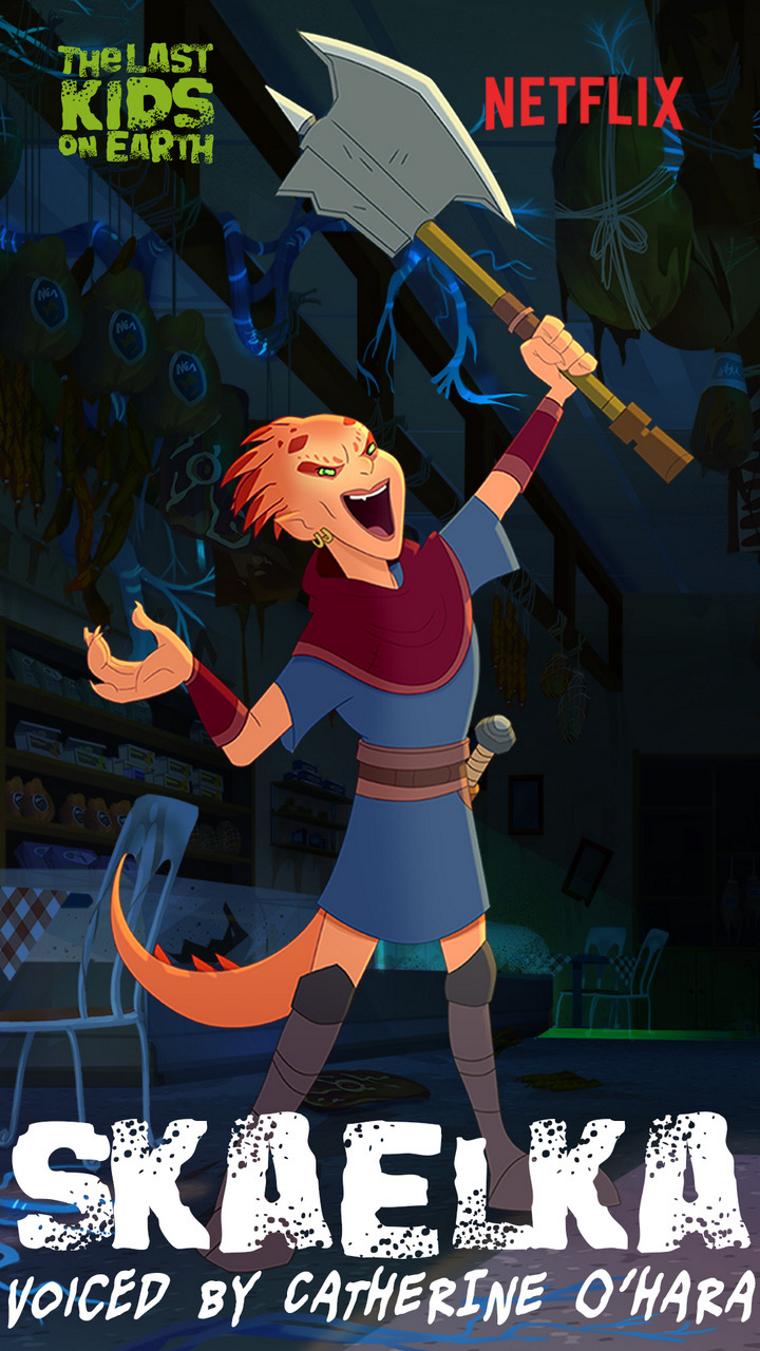