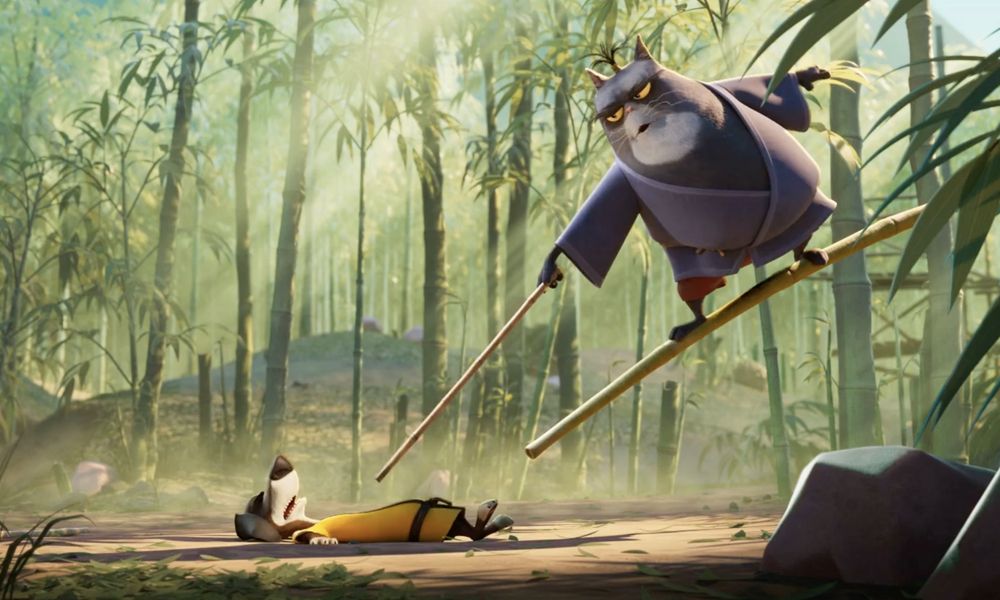 Two images have been released from the upcoming CG animated feature Blazing Samurai — a new comedy adventure inspired by Mel Brooks’ classic Western spoof Blazing Saddles, produced by The Lion King (1994) director Rob Minkoff. Currently in production at Cinesite Montreal for delivery later this year, the film is presented by Aniventure and Align in association with HB Wink Animation and GFM Animation, which will be shopping the picture at EFM next week.

Aimed at kids and families, Blazing Samurai follows the story of Hank (voiced by Michael Cera), a loveable mutt with big dreams of becoming a Samurai. When he finds himself with a new job as sheriff of Kakamucho, he also finds he may have bitten off more than he can chew given the town is inhabited solely by cats. Also starring Samuel L. Jackson as Jimbo, Ricky Gervais as Ika Chu, George Takei, Michelle Yeoh, Djimon Hounsoun and Mel Brooks, the Japanese-inspired tale teaches viewers of all ages that embracing diversity is what truly makes you a hero.

“Blazing Samurai is a freewheeling mash-up of East and West. An action-packed comedy featuring incredible performances from our stellar cast of hilarious characters, it also delivers a great message of inclusion and acceptance. It’s sure to be a treat the whole family can enjoy,” commented Minkoff.