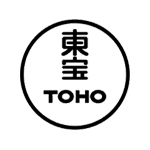 Knights of Sidonia series director and co-director Kobun Shizuno and Hiroyuki Seshita are helming the film, from a script by graphic novel and Tokyo Anime Award-winning screenwriter Gen Urobuchi (Maho Shojo Madoka Magica). While the supersized lizard has appeared in numerous animated TV series and specials, this will be his big-screen anime debut.

Toho and Polygon Pictures are aiming for a theatrical release in Japan this year.