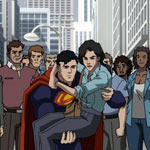 The first image from upcoming DC animated movie The Death of Superman has been dug up by WorldsFinestOnline.com, plucked from the iTunes page for spring release Suicide Squad: Hell to Pay — out on digital March 27 and on disc April 10.

Due out later this year, The Death of Superman is produced by DC Ent. and Warner Bros. Animation, and will be the first part of a two-movie adaptation of the classic comic-book saga first published in 1993. The storyline sees the Man of Steel battle with an insurmountable foe: Doomsday. Part two, The Reign of the Supermen, is slated for early 2019. The story arc also inspired the 2007 DC/WB Animation movie Superman Doomsday.

Few details are available at the moment — the image reveal isn’t even official — but Sam Register is named as the executive producer on IMDB. 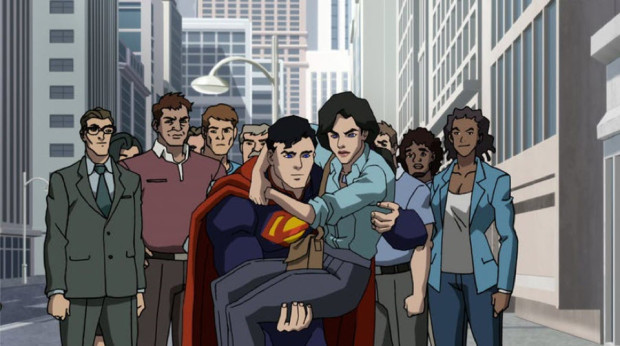