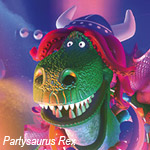 Rex, the plastic dinosaur, faces the greatest threat of all time — bath time — in Partysaurus Rex, the most-recent Toy Story Toon short, set to play in front of the Sept. 14  release of Pixar’s Finding Nemo 3D.

“If you’re a bath toy you get really intense playtime. It’s like a party,” director Mark Walsh told EW.com. “Then when the water goes down you can’t move. You’re helpless. And that’s pathetic, these guys in bottom of the tub all the time.”

The site also has a first look at two images from the short: 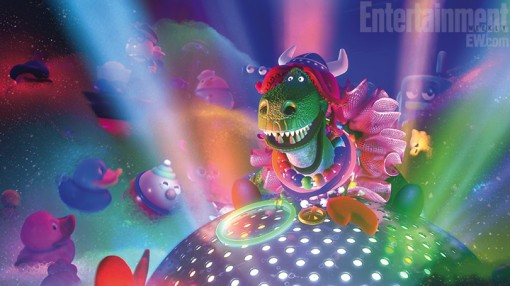 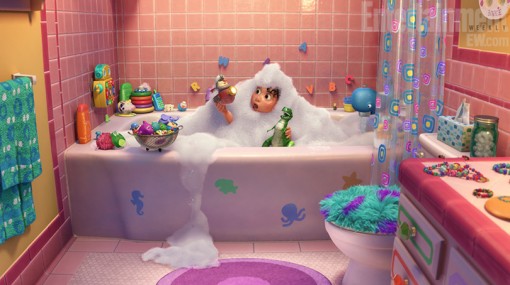 The short in the third in the series. Animated specials and more shorts are planned to keep the Pixar franchise going after Toy Story 3.