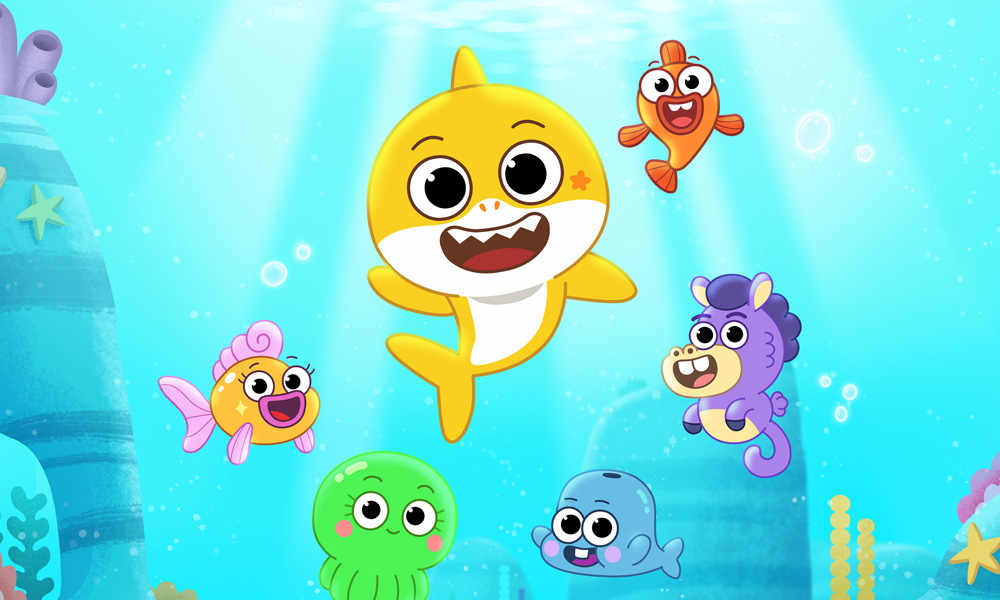 Nickelodeon’s fin-credible world of Baby Shark is getting bigger with the development of a brand-new original animated movie and season two pickup of its TV series — further expanding one of the most popular properties in the world. The as-yet-untitled movie will be co-produced by Nickelodeon Animation Studio and SmartStudy, the global entertainment company behind the beloved children’s brand Pinkfong.

The news of the movie comes as Nick orders a second season of its hit animated preschool series based on the global hit Pinkfong Baby Shark, Baby Shark’s Big Show!, which was just nominated for a Daytime Emmy Award in the category of “Outstanding Casting for a Daytime Animated Program” and currently ranks as the number-two show with Kids 2-5 for 2Q21 across all TV, only behind PAW Patrol.

“Baby Shark is an example of how we’ve been successful in bringing beloved properties that kids love from other platforms to Nickelodeon and opening up a whole new world of adventures. As home to the biggest franchises kids love, we’re continuing to grow their footprint by introducing brand-new characters and storylines, and creating original content in every format for fans everywhere.”

Season two of Baby Shark’s Big Show! (26 half-hour episodes) will be packed to the gills with off-the-hook adventures and catchy songs as Baby Shark and William dive deeper into the diverse underwater world of Carnivore Cove with their friends and family. They’ll explore jaw-dropping new locations while making fresh friends and big waves, all in the sharky spirit of fin-clusivity.

Pinkfong Baby Shark launched on YouTube in November 2015 and took the world by storm, amassing 8.9 billion views and becoming the most-watched video in the platform’s history. With music, characters, story and dance all combined together, the song certified RIAA Diamond and 11x platinum single for selling over 11 million units in the U.S., and spawned a viral phenomenon #BabySharkChallenge, generating over one million cover videos around the globe.

ViacomCBS is working with SmartStudy/Pinkfong to extend the reach of the franchise globally, through original programming including Baby Shark’s Big Show! and consumer products across a wide range of categories including apparel, home, food & beverage, health & beauty, social expressions and toys. ViacomCBS Consumer Products (VCP) manages consumer products licensing worldwide, excluding China, Korea and Southeast Asia, for the Pinkfong Baby Shark property. New Baby Shark products are currently available on Amazon and will be rolling out across all retailers in the U.S. next month, as well as internationally beginning this fall.