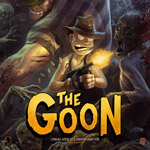 Oscar-winning director David Fincher (Social Network) has launched a new Kickstarter campaign to raise funds for a new animated feature based on Blur/Dark Horse Studios’ The Goon. Finch will exec produce the project, which will be co-directed by Blur Studio’s president Tim Miller and Jeff Fowler. Based on an offbeat comic-book by Eric Powell, the pic is a paranormal comedy that mixes humor and violence and features cannibals, zombies and a large hero fighting an evil zombie priest.

In the Kickstarter video, Fincher and Miller ask for $400,000 to help fund a story reel. Those who help fund the project will win original artwork by Powell and get invited to a fab, private screening of the finished story reel with Fincher, Powell and Miller, as well as a post-premiere lunch. Not sure if the invite includes meet-and-greet with zombie priests.

On the site, Fincher says, “I admit it—I came to this party late. Chinatown and the Mystery of Mr. Wicker was—regrettably—my introduction to The Goon and the incredible world created by Eric Powell. I thank Tim Miller—who snapped me out of my Goonless existence when I was looking for material to possibly make into an animated feature, and he suggested I peruse a copy he had (suspiciously) nearby. Of course I marveled at the characters and was smitten with the mise-en-scene, but it was the language—that uncategorizable: Dead End Kids Meets Abbot and Costello Meet the Mummies—that unlikely Powellian patois that absolutely hooked me. If this is your first time, you are in for a treat—if not, you already know how lucky you are.”

And the Comic-Con proof of concept clip: 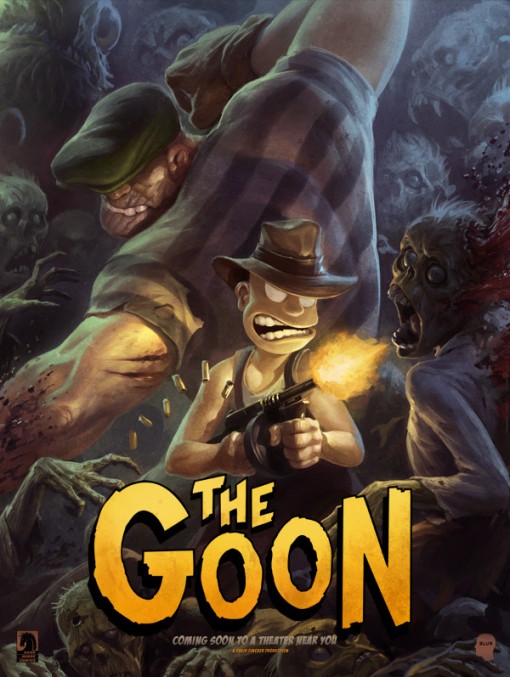