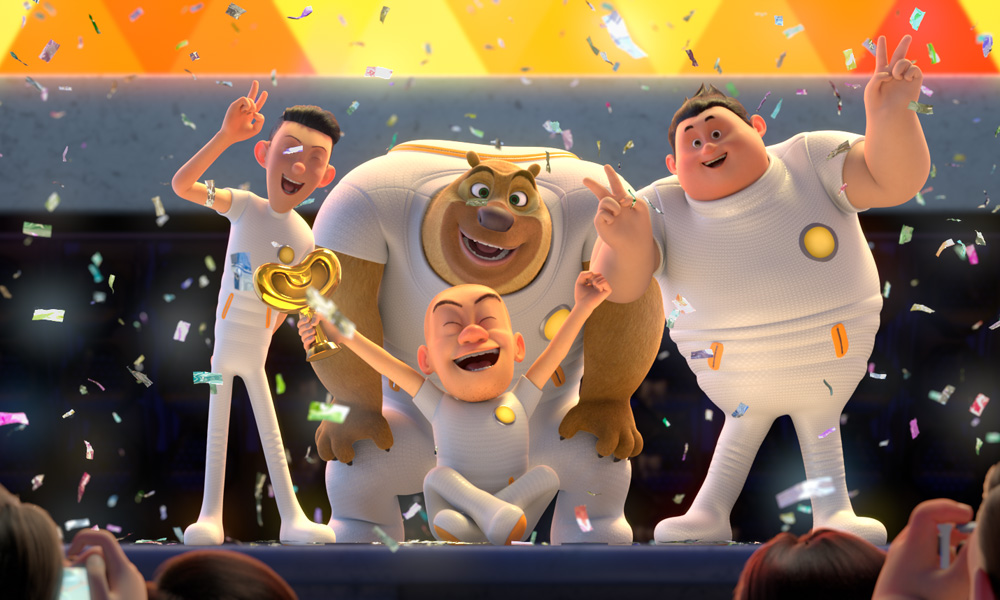 Leading Chinese animation company Fantawild has set the domestic release date for feature film Boonie Bears: The Wild Life — the latest installment in the hit franchise, which introduces a sci-fi spin on the beloved characters. The picture will carry on Fantawild’s tradition with a Chinese theatrical debut during Chinese New Year. The film is now available to buyers worldwide at the American Film Market (Nov. 6-13).

In the film, a thrilling new place opens on Pine Tree Mountain: “Wild Life”, where guests can transform themselves into a variety of animals. Vick, Bramble, and a mysterious man named Leon team up for a competition held by Wild Life and win the massive grand prize. Soon afterward, Leon is caught trying to secretly copy the park data by the owner, Tom, and Vick discovers that hybrid guests are going feral and attacking others…

“This is the first time in the Chinese animation industry that we turned human beings into animals, which is also more demanding on the production side,” says Daisy Shang, Executive President of Fantawild Group & President of Fantawild Animation. “For this, we have developed a special rigging system to combine the transformed human beings with animals, and the final result is very subtle and realistic.”

The Wild Life is the seventh film in the Boonie Bears franchise, a household name in China and a global brand with a footprint in over 100 countries and territories. The previous six films have performed well at the box office, with a total of over $415 million, each surpassing its predecessors. The most recent Boonie Bears film, Blast into the Past, made $106 million, surpassing the Chinese box office of Kung Fu Panda 2.

“We have been producing a Boonie Bears film each year for seven consecutive years, and it is the audience’s positive feedback that gave us the confidence and motivation to continue to do so,” shares Ben Li, Deputy General Manager of Fantawild Animation. “As always, we’ll not only treat the audience with a visual feast, but also aim to make every age group laugh and enjoy the story.”

Boonie Bears is the tentpole brand of Fantawild Animation, one of the biggest entertainment companies in China. The brand has so far had 300+ billion clicks on digital platforms and produces over $735 million annually in merchandising sales worldwide.