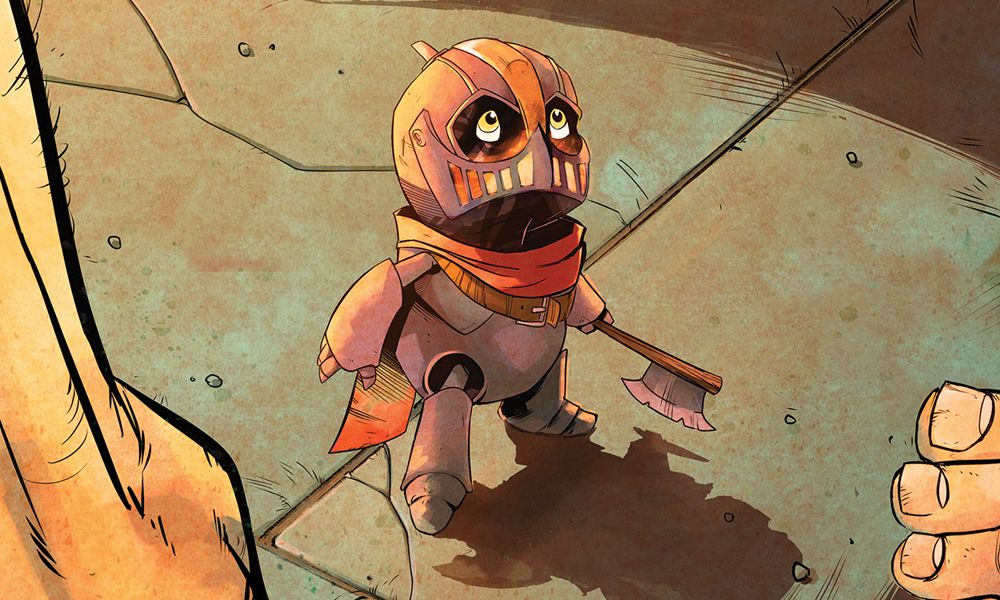 The original six-issue arc won over fans and critics alike as it followed Canto on a quest to save his mechanical beloved. The story begins in Arcana, where Canto and his fellow tin people have been enslaved for generations, and their hearts have been replaced by clocks. Journeying across a strange and fantastic world, the tin hero faces fearsome creatures and finds unlikely allies as he strives to rescue his forbidden love, return the people’s hearts and save all the beings of his land from the mysterious Shrouded Man.

Booher will write the screenplay and executive produce alongside Zucker. Westbrook Co-President & Head of Motion Pictures, Jon Mone, is producer. Ryan Shimazaki will oversee the project for Westbrook. Booher and Zucker are represented by CAA, Eric Borja at Alldayeveryday, and David Jelenko at Lichter Grossman.