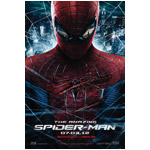 Our writer goes behind the scenes of Sony’s Amazing Spider-Man reboot to uncover the secrets of some of its high-end visual effects.

It has been only five years since Marvel Comics’ iconic webslinger last graced the scene in the Sam Raimi-directed Spider-Man 3, but Sony is banking that fans are ready for an all-new take on Peter Parker and his wall-crawling alter-ego with this summer’s reboot, dubbed The Amazing Spider-Man.

Taking over from Raimi is Marc Webb, who previously directed the indie romantic comedy (500) Days of Summer. Andrew Garfield steps into the role of Peter Parker and Spider-Man, while Emma Stone plays his high-school girlfriend Gwen Stacy. The story centers on Dr. Curt Connors, played by Rhys Ifans, a scientist colleague of Peter’s dead father who holds secrets to the past and whose own dark experiments lead to his becoming the menace known as the Lizard.

Sony Pictures Imageworks again handled the visual effects on the movie, which like the previous movies is based on the Marvel comic-book series created by Stan Lee and Steve Ditko, though with a different crew led by visual effects supervisor Jerome Chen, an Imageworks veteran who has been with the studio since its founding 20 years ago. 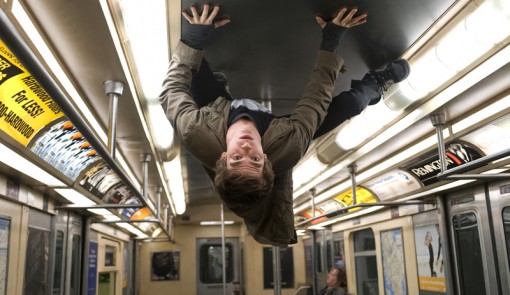 Animation played a huge role in making the movie, with Chen saying about 80 percent of the time audiences will be seeing a digital Spider-Man in the action sequences. Very little motion-capture was used, and the animators—many of them die-hard fans of the Spider-Man comic books—were essential to making the character look and move in a believable way that also hit all the iconic comic-book poses.

“They were looking for something that was perhaps grittier and more in line with a darker intent, yet they wanted to keep it sufficiently light that it didn’t become totally grim and oppressive,” says animation supervisor Randall William Cook. “We tried to evoke a super gymnast, a super athlete and blend that with the live-action approach that Andrew had provided so successfully.”

Garfield took a strong interest in defining how Spider-Man was going to move, referring to iconic poses from the comic book and making sure he hit them. For example, Garfield insisted that Spider-Man always touch the walls with just his fingertips and his palm off the surface, a detail that the animators had to ensure they followed. “He came up with his own kind of vocabulary for the pieces of Spidey that he wanted to bring to the movie from the comic-book world,” Chen says. 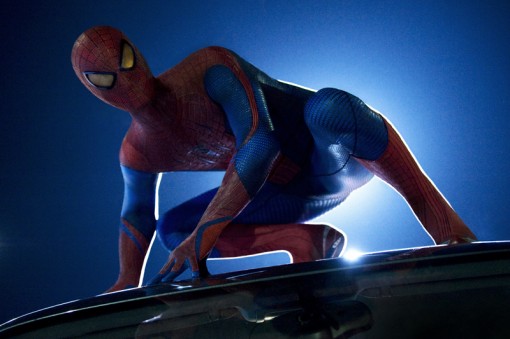 Creating the digital hero began with very complex acquisitions from Garfield as well as the stuntmen who would wear the suit in live-action plates. Chen says they were scanned extensively, both in and out of the Spider-Man suit and in various poses.

The key was to create digital versions that looked and moved enough like the live-action versions to seamlessly transition from one to the other, Chen says. Spidey’s web-swinging, for example, had a unique rhythm that was influenced by a practical sequence in which a stuntman swung from rope to rope underneath a bridge set.

“It has a really interesting rhythm in terms of swinging, letting go and shooting, and then having to grab the next rope,” says Chen. “And that’s a rhythm that we took into the key frame animation.” 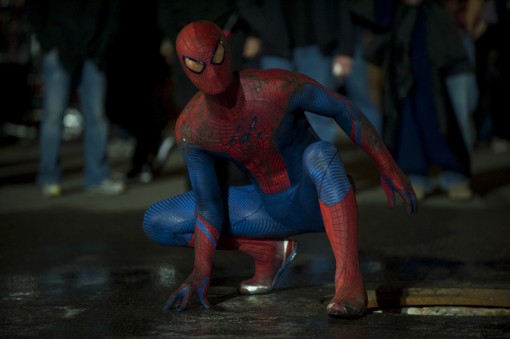 Ifans’ Lizard presented a completely different set of challenges. The character, which was first envisioned by Ditko in 1963’s The Amazing Spider-Man #6, began his movie life as a sculpture from Legacy Effects. The half-human, half-reptile character had varying scale size, folds of skin over the flexible parts of his body and a powerful musculature designed for explosive bursts of activity.

The scales were hand-painted with a hint of iridescence and varying colors, such as lighter scales on his brow and around his eyes to allow the audience to see his facial expressions better in wide and medium shots. Using extensive video reference from Ifans performing the role under Webb’s direction, the performance was key-frame animated from start to finish.

“Even though the Lizard has a humanoid face, we really didn’t want to do any type of retargeting of mo-cap data,” says Chen. “We wanted the flexibility to do key frame and allow an animator to play with it, and it worked out really well.” 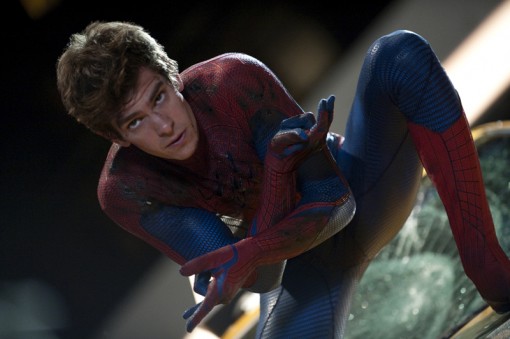 Cook says there were many references used to figure out how the Lizard was going to move, from more obvious reptilian references to more unusual ones.

“We would look at the way Yul Brynner would walk in The King and I or Kings of the Sun,” says Cook. “He walked almost like a runway model, with one foot placed in front of the other, and that was interesting inspiration for some of the stealthy walks.”

Additionally, Cook says he and his team of about 40 animators at its largest relied on tried and true animation techniques to convey the Lizard’s attitudes and emotions. 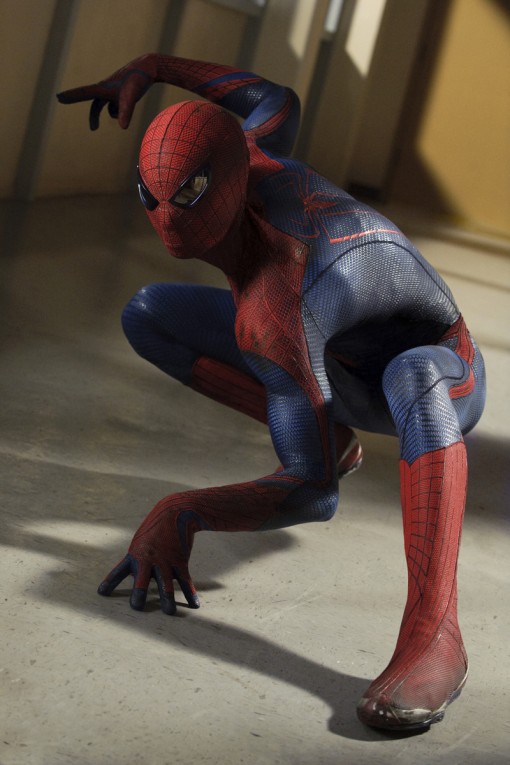 “The animators had to go for naturalism, but we always went for theatrical naturalism, which seems to be what’s indicated in a creature of this size and shape,” he says. “A lot of work, as with most movie acting, happens in the eyes, so we spent a lot of time making sure we were interestingly conveying his emotional or intellectual state.”

One of the more fun aspects of the Lizard to work on was his tail, which he uses as an unexpected weapon against Spider-Man.

“We do this fun thing where the Lizard’s tail actually comes off after Spidey has grabbed it,” says Chen. “So there’s a lot of fun opportunities there that we took advantage of.” 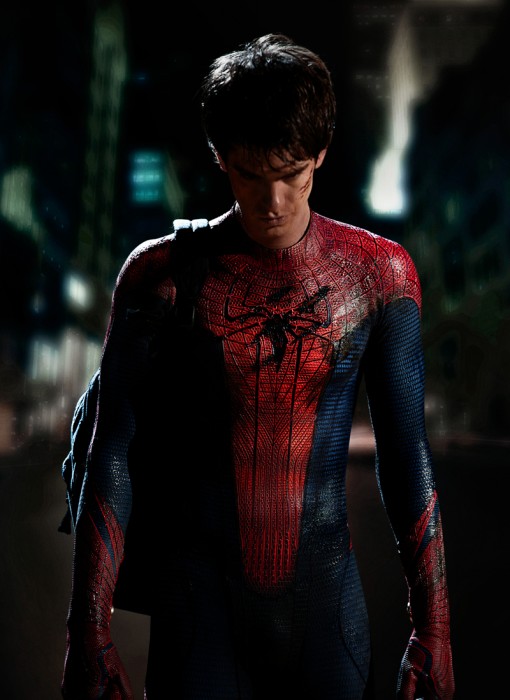 Getting the two digital characters to interact in battle was another major challenge. Additional animation supervisor Dave Schaub oversaw a key sequence in which Spider-Man fights the Lizard at Peter Parker’s high school, with the action breaking out of a classroom and down a completely digital hallway as Spidey tries to restrain his foe using his webbing.

“As we got into it, we got more and more creative with how he might actually try to truly restrain this beast,” says Schaub, with the ideas evolving from the simple to a more complicated and convincing final version.

After animating the entire sequence, Schaub says they had Webb and his camera crew come in and experiment with placing a virtual camera in the scene. 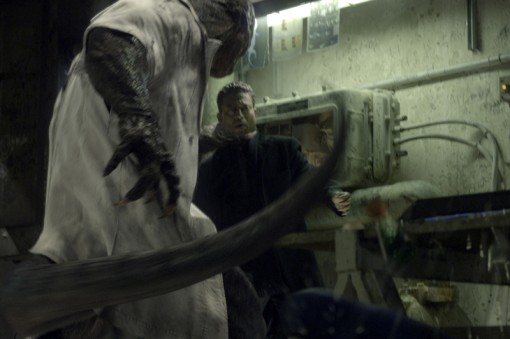 “And then through that process we would also discover that we need to add a shot here, add a shot there, we need to link these two pieces together—we would just build as we went,” he says.

Imageworks also did extensive environment work to create scale and scope for the movie. Live-action plates shot on the Universal backlot, in downtown Los Angeles and New York were extended digitally, and several key environments including a long stretch of Sixth Avenue leading up to the futuristic OsCorp Tower, and the roof of the OsCorp Tower, where the final battle between Spider-Man and the Lizard takes place.

Another sequence added to the film late in production is the closing, minute-long sequence of Spider-Man swinging through the city. Schaub says they had to divvy up the sequence with transition moments locked in place so the parts could later be stitched together seamlessly.

The scene also includes a number of extreme slow-motion sequences that required a great deal of secondary animation, like a subtle wobble in the muscle deformation, to make it look organic. Those moments also saw the camera itself being animated, with the depth of field being animated in and out to emphasize parts of the shot.

Sony’s The Amazing Spider-Man opened on July 3 in theaters nationwide. 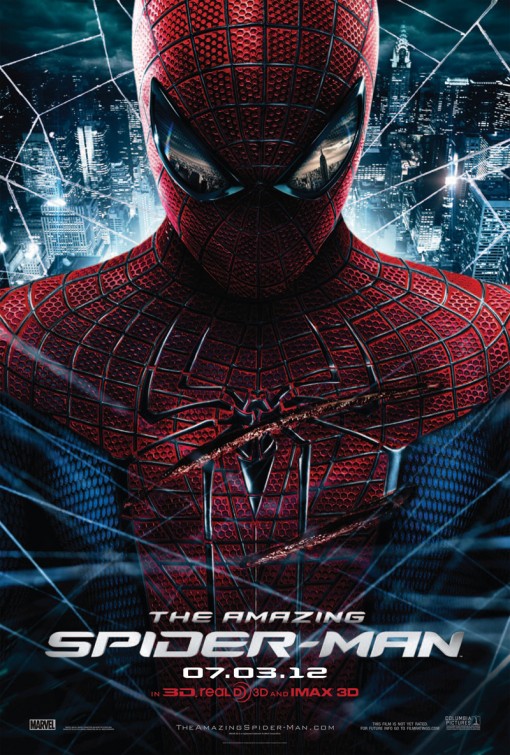