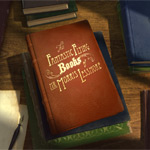 Many months before critical favorites such as The Artist and Hugo hit the big screen, a 14-minute-long animated short by William Joyce and Brandon Oldenburg paid a lovely homage to the healing powers of stories and silent movies. The Fantastic Flying Books of Morris Lessmore, which was created at Joyce and Oldenburg’s newly formed Moonbot Studios in Shreveport, Louisiana, is a beautifully crafted valentine to the old-fashioned joys of reading, while also tipping its hat to classic shorts by Buster Keaton and even the magical world of The Wizard of Oz.

Joyce, who is widely admired for both his best-selling children’s books (A Day with Wilbur Robinson, The Leaf Men, George Shrinks) and animated series and films such as Rolie Polie Olie, Robots, Meet the Robinsons and DreamWorks’ upcoming Rise of the Guardians, tells us that the idea for the short popped into his head when he was on a plane to visit an old friend in New York City.

“About eight years ago, I was on my way to see my dying publishing mentor and friend Bill Morris, who had been at Harper Brothers and Harper Collins for over 50 years,” recalls Joyce during a brief visit to Los Angeles. “A lot of stories come out of little things like that in my life. I just had that title. Then, Hurricane Katrina happened, and the strength of stories and the life-saving power of books became more part of the theme of that project.” 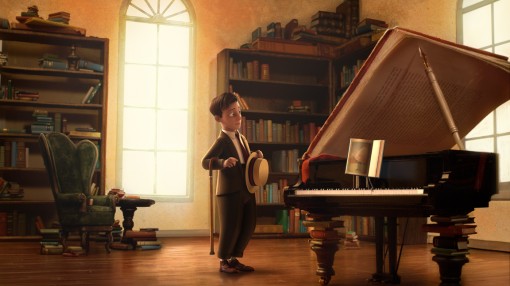 The talented writer and illustrator received a grant to chronicle the aftermath of the tragedy in Shreveport. He says he remembers walking around and finding mounds of book piled up everywhere.

“It was a very peculiar sight because you had objects of similar size and weight come together. Imagine thousands of books, forming these large mounds of grey, dry mud. Then, you had about 5 million books donated to the shelters where all these kids were staying, and they had lost all their belongings and had no privacy, no TV, no way to escape. And once they started to read on their cots, they were totally lost in the worlds of their books. That was an amazing sight to see and partially inspired the short.”

As a result of Louisiana’s support of animation and visual effects in the region, Joyce and Oldenburg, the co-founder of Reel FX, joined forces to start their Moonbot Studios in 2010. 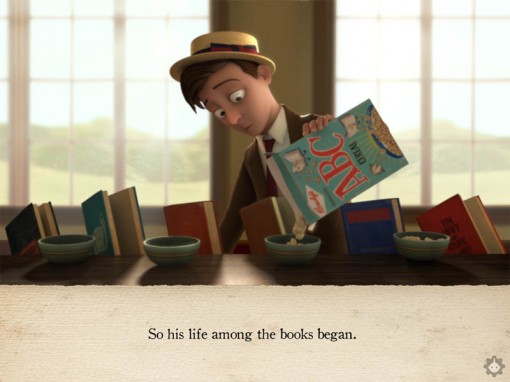 “We decided to produce an animated short to show everyone what we could do,” explains Joyce. “Fantastic Flying Books was going to be our first project, and since I’d been playing with this story, and it had a limited number of sets, we decided to dive in. We built these tiny sets and experimented with miniatures, and we found them very effective.”

A Man of Many Methods

Joyce admits that sometimes he’s bothered by the way everyone seems to automatically jump on the CG animation bandwagon. That’s why he wanted to mix things up and experiment with different animation techniques to tell the story. As a result, the short showcases miniatures, CG animation, 2D (for the Humpty Dumpty character), matte paintings and even practical shots of dust and debris.

They were in the middle of production when Apple came up with its first iPad, and as the directors were already using their iPhones to figure out how many frames they needed for each show, they were thrilled to find out that the new technology could also open new doors to them creatively. 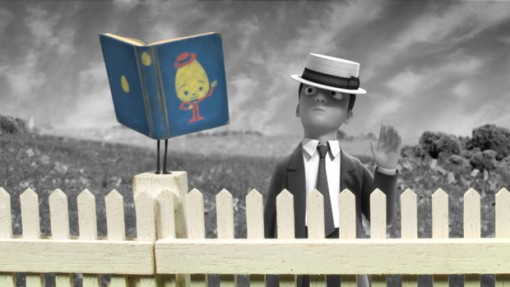 “Brandon said, ‘Dude, we’ve got to do one of these iPad Apps!,’ so we found out everything we could about how to make one, and before the short was finished, we were working on how to adapt it as an app. So, the project went from an idea for a book, to an animated short, to an app. We were lucky to have developed all these elaborate assets and use them for the app.”

Joyce admits that it’s a bit ironic that a short which celebrates the power of the printed word has inspired an electronic app.

“I know that those who are working in the publishing world feel imperiled, but why not use this technology to prove that we can also champion the medium?” he asks. “In the beginning, I was a bit ambivalent, because I didn’t want to add to the demise of this thing that I love. But we purposely built the interactivity to advance the story. I found that people were experiencing it on an emotional level, much more than I expected. The app gives you the written word and the ability to have it narrated, but you can also interact with the illustrations and elements of the story.” 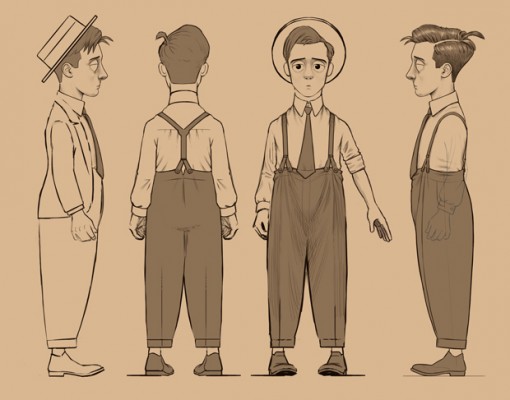 Now that the short has become a festival favorite and made the Oscar shortlist for Best Animated Short, Joyce is finally ready to deliver the story in an old-fashioned print book format this summer.

“The printed book will be different from both the short and the App. You can point your iPad to the book and it will be three-dimensional. All three formats tie in together, and it’s really fun.”

Moonbot is working on its second short film, a retelling of the silent classic Metropolis for children, titled The Numberlies. Of course, they are also developing an app for the short. Joyce says the new project will introduce a new aspect ratio, that will better serve the tall sets of the short’s cityscape. 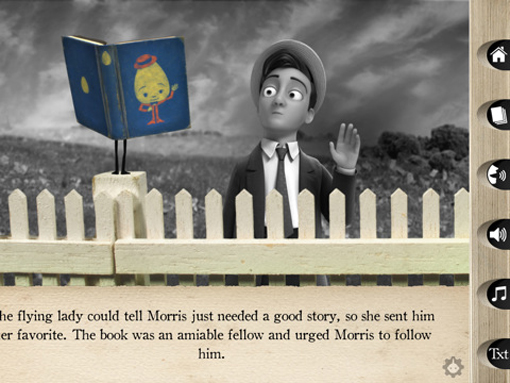 “We are calling it the first tall short film,” he notes. “The aspect ratio is upright as opposed to widescreen in order to get the height that we wanted and to depict this sense of massiveness. One day, one of the storyboards fell sideways, and it suddenly hit us, like the monkeys in 2001: A Space Odyssey. It’s really perfect for an iPad, because you won’t need to turn it sideways!”

In addition of all the Moonbot projects, the prolific artist is also spending a lot of his time overseeing two CG-animated features based on his books. DreamWorks is prepping The Rise of the Guardians for an October release while Blue Sky is working on Leafmen for 2013.

“I am kicking back in an exec producer role now. When Guardians came out, a bunch of people wanted it, but I turned down lots of money from every major studio, because they wanted the change the mythology of the characters or what the story of these characters would be,” says Joyce. “DreamWorks is the only company that would let me set up the mythology of these characters before the movie takes place. It’s all working out very nicely. It’s jaw-droppingly beautiful and my co-director [Peter Ramsey] really gets it. The film’s heroes [Santa Claus, Easter Bunny, the Sandman, Tooth Fairy] are not jokey—they’re mythic and powerful. Yes, the movie is funny too, but it’s Star Wars funny. It’s not loaded with jokes and the humor is definitely not topical.” 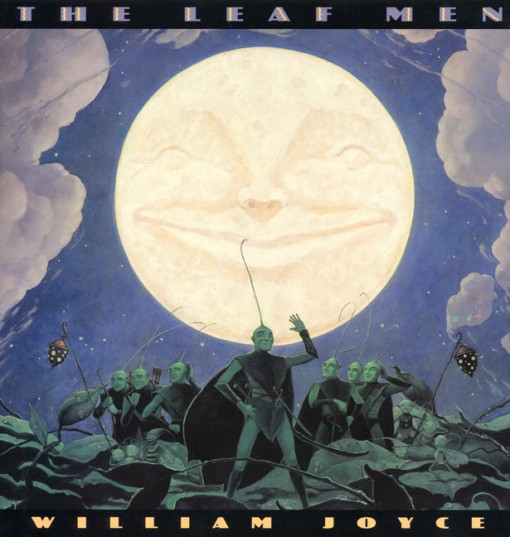 Blue Sky’s Leafmen is another example of how Joyce and his collaborators expanded the world of one of his books to make it work as a feature.

“This one goes back to the last year of production on Robots, and Chris Wedge and I wanted to work together again, so we came up with the initial idea for the project. The picture book is a simple version of what goes on with the Leafmen. I had three novels in mind that really go in-depth into their world and history. We pitched it to Fox, and they thought it was amazing, but then they asked, ‘So, where are jokes?’”

Joyce says they went back to the drawing board and found a level of humor there that the team at Fox liked and felt confident about proceeding.

“It’s taken a while, but we’re finally there,” he says. “It’s really beautiful, and it has this grand mythic quality about it—it has elements of Miyazaki.” He further explains that the film explores nature-based civilizations that live out of sight in the woods, and have these giant battles that take place without humans being aware of anything, all hidden under the bushes and the leaves. 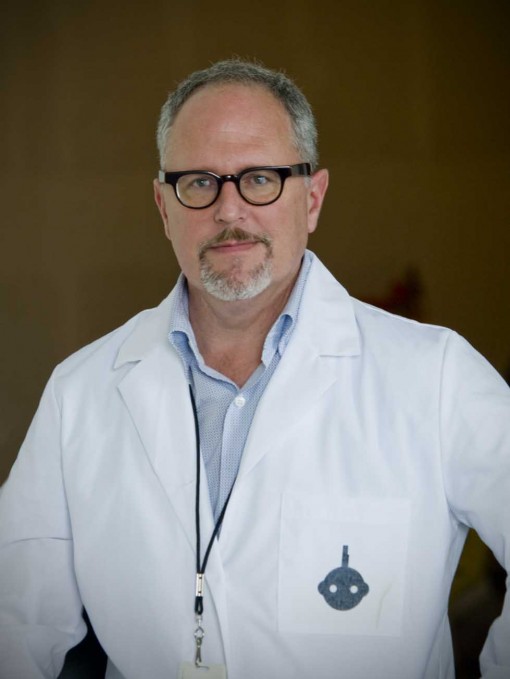 “I can’t tell you how much advances in technology have changed our world,” says Joyce. “We are able to use the camera the way live-action guys use it; layout is changing a lot. We are able to do motion-capture camera sets, and move the camera in way that we’ve never done before so that it has a visceral hand-held quality. We are also seeing a democratization of our industry that allows people outside of New York and Los Angeles to produce beautiful stuff with less money. Chris Wedge told me more than 10 years ago that the future is going to be small. That really stuck with me, and it’s all coming true.”

Eye on the Oscars: Animated Shorts
Welcome to the Emerald Knight’s Reboot!