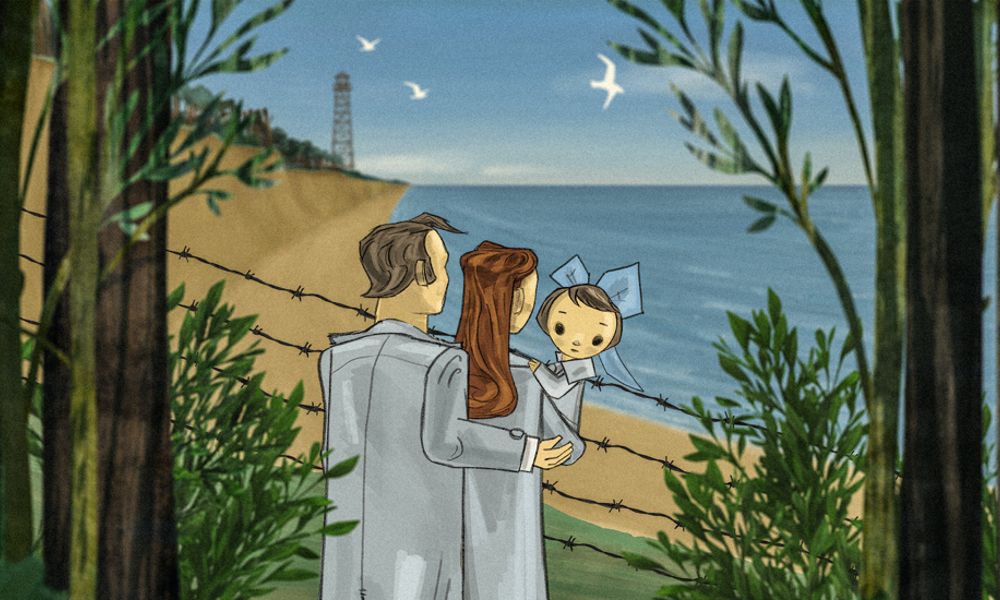 Palm Springs International Animation Festival and Annecy award winner My Favorite War is now available to stream on Vimeo On Demand. Based on director Ilze Burkovska-Jacobsen’s childhood memories of creating her own escape route from the totalitarian regime that was Soviet Latvia, the Norwegian/Latvian feature aims its anti-war and pro-democracy message at a global, adult audience using cut-out animation and documentary elements.

On discovering the remains of a German soldier in her sandbox, the heroine wonders what is buried beneath state propaganda, and sets off on a voyage of discovery.

Read more about the powerful autobiographical film in Ramin Zahed’s feature story from the September issue of Animation Magazine here.

Other prizes include the French critics’ award from Annecy (France), a Special Distinction Award from the Bucheon International Film Festival (Korea), the Grand Prix at the New Chitose Airport Animation Festival (Japan) and Best Animation Director and Best Animated Film in Latvia, which boasts a very strong animation industry dating back five decades. (Last year’s Contrechamp winner was the Latvian animation feature Away.)

Living in Norway since the early ‘90s, Burkovska-Jacobsen and the team behind My Favorite War previously won an International Emmy in the Kids: Digital category for her animation series My Body Belongs to Me (2017).