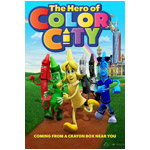 Take a first look at the trailer for The Hero of Color City, a new animated feature for preschoolers set for release Oct. 3.

The trailer is available on iTunes, here:
http://trailers.apple.com/trailers/magnolia/theheroofcolorcity/.

The Hero of Color City follows a group of crayon’s from young Ben’s room, who visit Color City each night while he sleeps. When Yellow is accidentally left behind in Ben’s room, she awakens two Unfinished Drawings: King Scrawl, a huge monster, and Gnat, Scrawl’s sidekick. They follow Yellow to Color City and claim the enchanted Rainbow Waterfall and all of its color for themselves. Soon Color City will fade and the crayon characters will disappear. It’s up to Yellow and her pals, Blue, Green, Red and the twins, Black and White, to save the day.

The film will be released in theaters, on demand and via iTunes on Oct. 3. Magnolia is handling the distribution.

More info on the film can be found online at www.magpictures.com/theheroofcolorcity/. 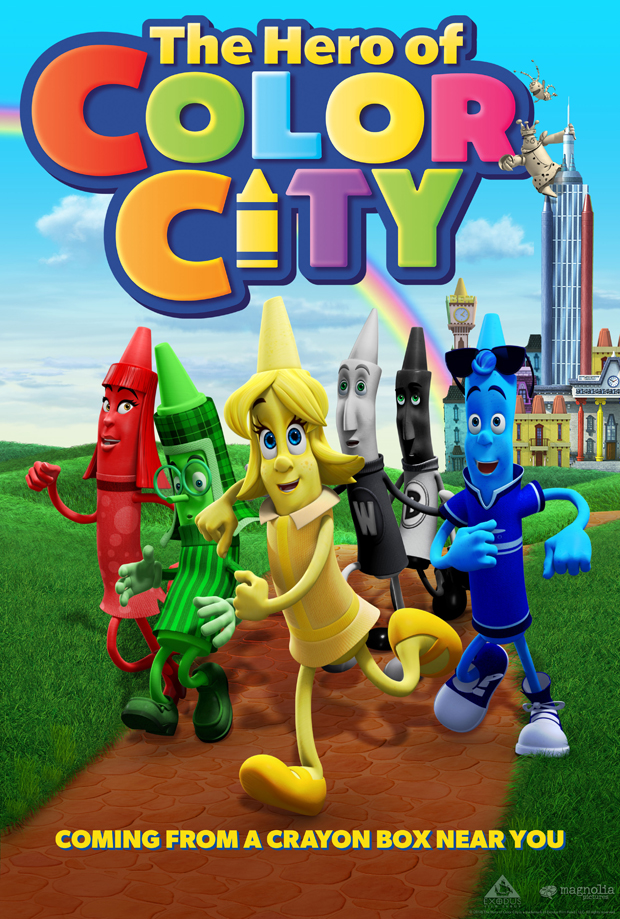