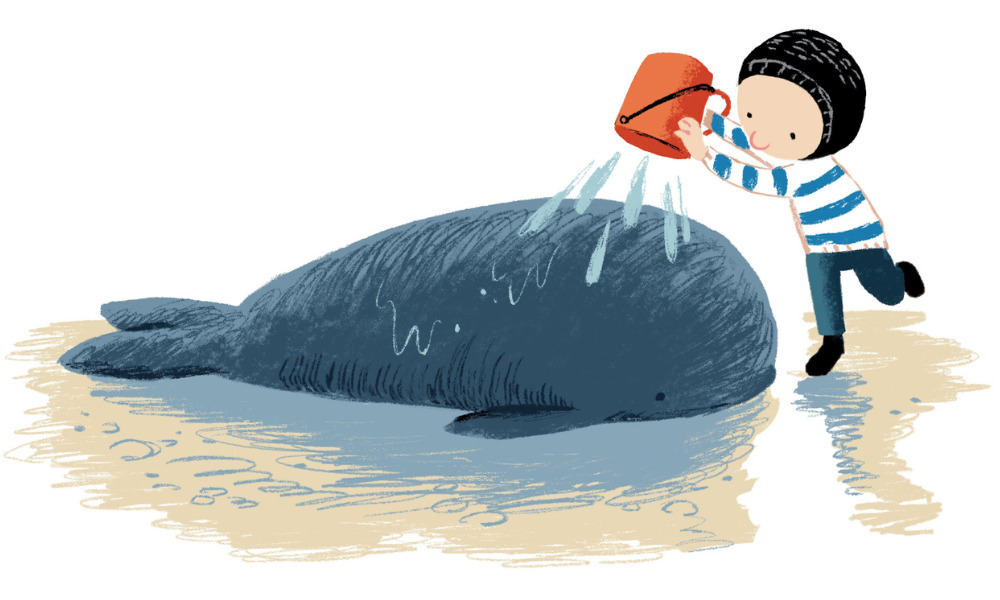 London-based Lupus Films announced today that they are in development for a series of three films based on the award-winning Storm Whale books by Benji Davies, published by Simon & Schuster.

The Storm Whale Trilogy, three half-hour specials written and directed by Robin Shaw — who also directed Lupus Films’ International Emmy Award-winning TV adaptation of The Tiger Who Came to Tea — will be presented at the Annecy International Animation Festival.

The tender and heart-warming stories for young children explore themes of friendship, love, loneliness and courage. They follow the adventures of Noi, a young boy who lives on a slip of land surrounded by sea. His hardworking, single parent fisherman dad goes out to sea every day in his boat, leaving Noi to spend most of the day outdoors, regardless of the weather, where the island becomes his playground. He has only six sleepy cats and shy sea creatures for company and finds it hard to communicate with his dad.

So, when he finds a baby whale washed up on the beach after a storm, Noi is excited and takes it home to care for it. He tries to keep his new friend a secret, but there’s only so long you can keep a whale in the bath without your dad finding out…

The arrival of the whale is a catalyst that changes Noi’s life, and his relationship with his dad, for the better — the perfect gift from one friend to another. Across the course of the three films — The Storm Whale, The Storm Whale in Winter and Grandma Bird — Noi begins to find his place in the world, and friendship in unexpected places. Tough emotional and physical challenges help him grow from the lonely little boy seen at the start of The Storm Whale into the happier child that emerges by the end of Grandma Bird. 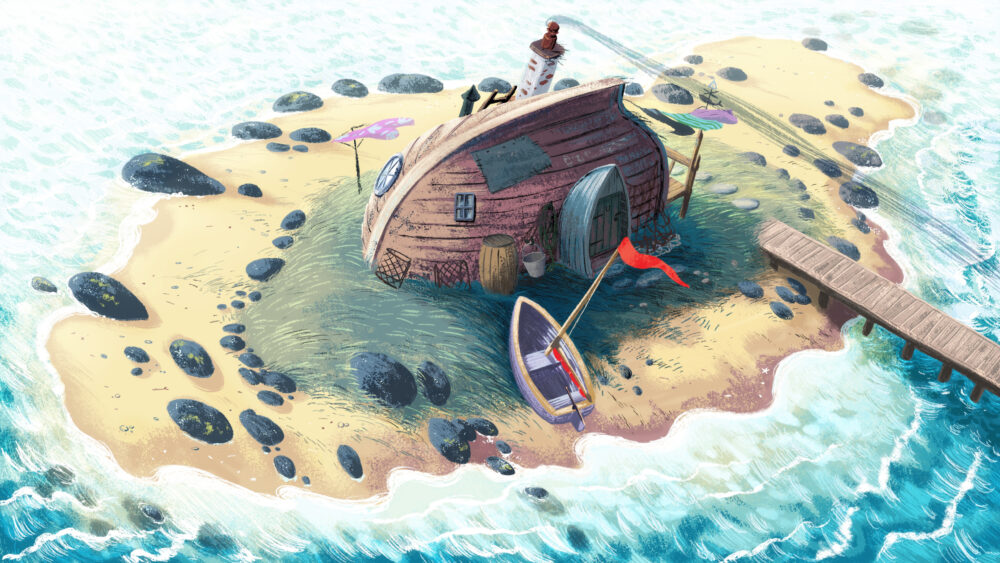 “I’m so excited to bring Benji Davies’s gorgeous books to the screen. They are already bestsellers and will translate perfectly into wonderful family viewing with real global appeal,” said director Shaw. “As well as being visually stunning, they are tremendously engaging as we follow Noi’s journey from a shy, quiet soul to a happy and self-assured boy. We are sure that kids everywhere will relate to his struggles to communicate his feelings, and his thrilling adventures across the trilogy as he grows his confidence.”

The trilogy is being made by the International Emmy Award-winning team behind the hand-drawn animated TV specials The Tiger Who Came to Tea, We’re Going on a Bear Hunt and The Snowman and The Snowdog, reuiniting Shaw and producers Ruth Fielding and Camilla Deakin of Lupus Films.

The score and sound design, inspired by the sea, links the three films together beautifully. Grammy Award-winning composer David Arnold, best known for scoring five James Bond films, will write the music for the trilogy. Arnold also wrote the original score for The Tiger Who Came to Tea, which won the British Animation Award for Best Music.

Fielding, also Joint Managing Director of Lupus Films, commented, “It’s a real pleasure to bring The Storm Whale Trilogy to life on screen. The books look so beautiful and perfectly suit Lupus’s trademark hand-drawn animation style, which really captures their essence. The stories are both poignant and exciting, with truly engaging characters and perilous adventures that are sure to have kids on the edge of their seats, and it’s a joy to watch Noi’s character develop across the three films. I’m sure they’re going to be a huge success.”

Multi award-winning London-based studio Lupus Films was set up by Deakin and Fielding in 2002 and has grown into a leading film and television production company, specializing in high quality family entertainment and adaptations of much-loved works of children’s literature. Lupus Films produced the award-winning animated feature film Ethel & Ernest, based on the autobiographical graphic novel by Raymond Briggs. Their latest production, Kensuke’s Kingdom, is a feature film adaptation of the bestselling children’s novel by Michael Morpurgo.