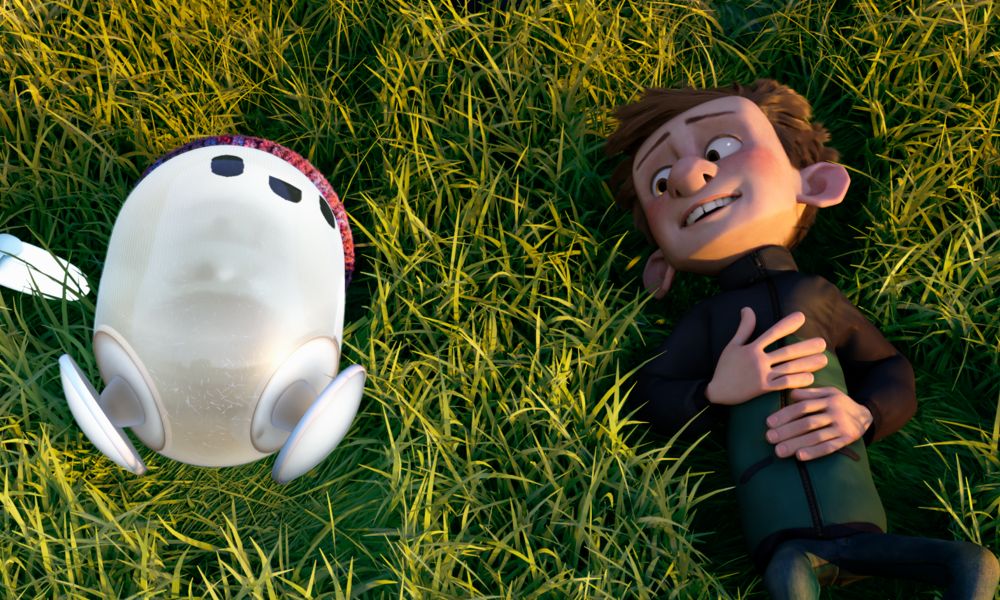 Animag is delighted to unveil an exclusive image from Locksmith Animation’s highly anticipated debut feature, Ron’s Gone Wrong. Produced by the U.K. studio and 20th Century Studios, the CG animated comedy-adventure is set for release in the U.S. by Disney on October 22.(The film was originally scheduled for April, but like many other features slated for 2020 and 2021, the title’s opening day has moved because of the pandemic and the closure of theaters nationwide.)

20th Century Studios and Locksmith Animation’s Ron’s Gone Wrong is the story of Barney, a socially awkward middle-schooler struggling with the social media age, and Ron, his new walking, talking, digitally-connected device which is designed to be his instant ‘Best Friend out of the Box.’ Ron’s hilarious malfunctions launch them into an action-packed journey in which boy and robot come to terms with the wonderful messiness of true friendship.

“It couldn’t be timelier to be telling the story of the joys of ‘analogue’, real world friendship in a world dominated by online relationships. While all around are living through chat, posts and ‘likes’, the dorky, contrarian, hilarious friendship of Barney and Ron, built through shared experience, reminds us of the best version of growing up. We’re incredibly proud of both the story and artistry of Locksmith’s first film, which will roll out to global audiences this October,” shared Locksmith co-founders Sarah Smith and Julie Lockhart.