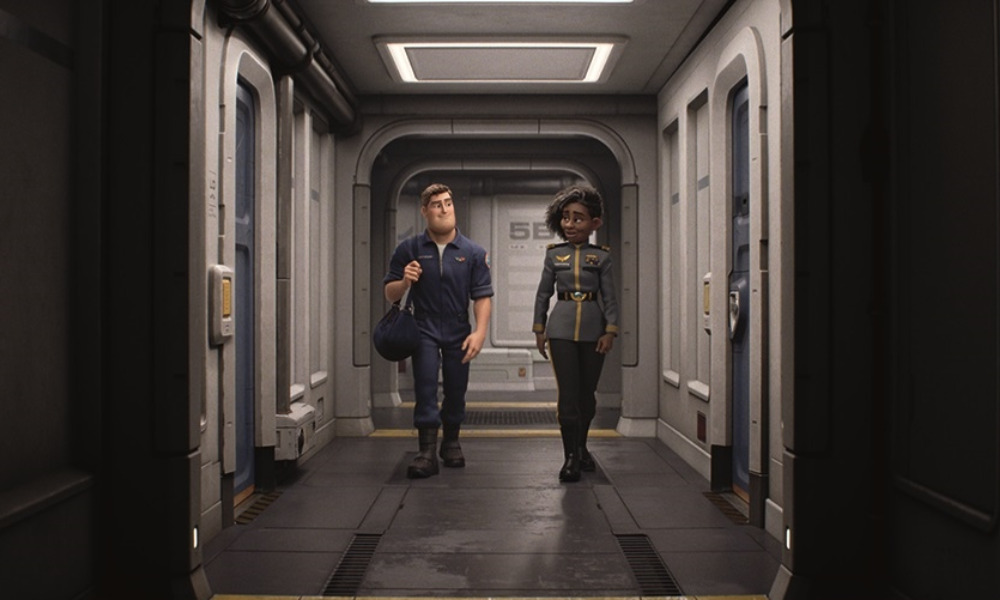 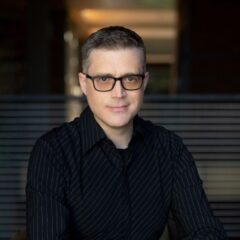 When Pixar veteran Angus MacLane was a young boy growing up in Portland, Oregon, he used to love cowboys, Spider-Man and cartoons. He also enjoyed wearing a mask to school every day and scaring his friends. As he tells us, “To be honest, I was a bit of a weird kid. I also remember that one day after eating corn on the cob with my father, I saw a movie that changed my life: Star Wars. And after I saw that movie, all I wanted to play and draw was Star Wars. Star Wars was my religion, and it was only the beginning of a string of sci-fi classics that defined my childhood.”

MacLane gets to pay homage to many of the sci-fi movies that influenced him in this summer’s much-anticipated Pixar pic Lightyear, which gives audiences the intriguing back story of the popular Toy Story character. “In Toy Story, Andy gets a gift that he loved, it was a Buzz Lightyear the Space Ranger toy, which redefines playtime for Andy,” notes the director. “I always wondered, what movie was Buzz from, you know? Why couldn’t we just make that movie? So that’s what we did. This is the movie that changed Andy’s life — Andy’s Star Wars!”

Lightyear, which is Pixar’s 26th feature, follows the human Buzz as a young astronaut who is marooned in a hostile planet with his commander and crew, and has to find a way across time and space to defeat the familiar enemy Emperor Zurg (who first appeared in Toy Story 2). Showcasing the voice talents of Chris Evans as the title character, along with Keke Palmer, Dale Soules, Taika Waititi, Peter Sohn, Uzo Aduba, James Brolin and Isiah Whitlock Jr., the film finds Buzz also dealing with how the passage of time affects his colleagues and surroundings as he tries to find a way to return to Earth.

2. Layout team establishes a visual template for how the film will look in CG.

3. The lighting department integrates all the elements into the final image.

A Prisoner of Time

“Although I’d been working with the character for the better part of two decades, it was in the development for this film that we truly discovered the unifying character trait of the character that we know and love as Buzz Lightyear,” explains MacLane, who was a storyboard artist on Toy Story 2, directed the shorts Toy Story of Terror and Burn-E and co-directed Finding Dory. “Buzz is a character who is best when he is at odds with his surroundings. Here we have a story where he would be traveling rapidly through time, because of his job. And because of that, it would separate him from society and his loved ones. He’s like a Rip Van Winkle trapped in a future he doesn’t recognize, desperately trying to get back to the past to correct the mistakes of his youth — a hero out of his own time.” 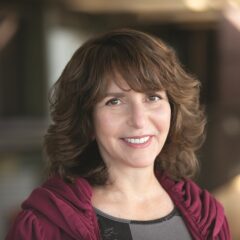 To help realize his vision for the movie, MacLane teamed up with another studio veteran, producer Galyn Susman (producer on Toy Story 4, assoc. producer on Ratatouille), who had worked with him on several shorts. “I am a tech nerd, but it took me a while to notice,” she says. “I went to college as a physics major hoping to be an astronaut. So when we started working on this film, I was absolutely certain we had to get a research trip to NASA. Our goal was to take our key creatives and expose them to the people, environments, experiences, all the stuff that will impact the design and the language of the film.”

Susman says the team was fortunate enough to get first-hand advice from astronauts Tom Marshburn and Kjell Lindgren, who treated them to a comprehensive multi-day exploration of the Johnson Space Center in Houston. “We saw the original control center for the Apollo missions, as well as the one being used today to track the ISS,” she recalls. “We learned about spacesuit construction. We saw buttons, and switches, and knobs, and dials, and badges. We were guided through a replica of the ISS U.S. quarters, and the labs!”

Buzz Lightyear (Chris Evans) finds himself stranded in space and out of his own time with his robotic companion, Sox (Peter Sohn) in Pixar’s latest movie.

In addition to anchoring the film in authentic scientific research, MacLane says he wanted Lightyear to adhere to a certain visual language. “I wanted to take advantage of all the technical and artistic advances of the last quarter century, but first and foremost, I wanted Lightyear to feel like a movie. I wanted the design of the world to be cinematic, and I want it to be chunky. I envisioned a graphic image that would use high-contrast atmosphere inspired by the look of a 1970s film. Lightyear would mark a bit of a departure from the earlier films by using lenses and lighting techniques to give the film a more cinematic look. We’d build a believable, tangible world, and then we’d throw it away using shadow and atmosphere. We’d have bold lighting, emphasizing the graphic and letting the detail fall away, drawing the viewer into a rich world of a tangible alien landscape.”

Another key word the director likes to use to describe his design aesthetic is “chunk!”

“CG tends to look cold and flimsy,” he explains. “I wanted there to be a thickness to the obvious construction of things. The original Buzz has a tremendous sense of this look, inspired by a healthy dose of NASA and influenced by Japanese anime. But we didn’t want this new Buzz to look like a toy.”

The film’s visuals depict a push-button world of inefficiency — and what MacLane describes as “a celebration of early 1970s and 1980s vision of the future.” The design team experimented with a variety of shapes and textures to explore the design possibility of a neo-retro future. “These early exploration sketches inspired us to settle on a clear design ethos: a rugged military aerospace design, combined with the 1980s consumer electronics aesthetic,” says the director. “This design language informed everything in the film, from the-the ground vehicles to the spaceships, you know, to all the sets. They all got the same treatment.” 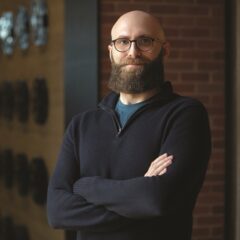 Lightyear’s sets art director Greg Peltz was one of the key engineers of this inspired look.

“We envisioned this push-button world that was thick, geometric and analog,” he explains. “We wanted the look of our models to be such that you’d want to reach out and touch them and start playing with all the buttons and switches. There are no touch screens or cloud sharing in the world of Lightyear: It’s all zip disks and 20-pound CRTs. In addition to looking cool, there’s kind of a toy-like appeal to the shapes and the deco of the style that fits really well with the subject matter that we’re adapting, Buzz Lightyear.” 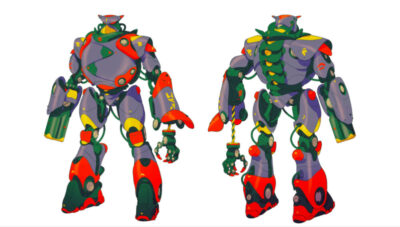 According to Peltz, the design team took their styling cues from 1970s aerospace tech. “The cockpit is filled with analog control surfaces, exposed wires, buttons, knobs, levers — all sorts of just neat stuff that Buzz can interact with to make the cool action on screen. Real cockpits have all sorts of details that shake and rattle, lights that blank, buzzers that scream, while the whole vehicle’s shaking like crazy. Space launches are violent, chaotic events, and we wanted the designs of our ships to sort of highlight that sense of danger, so that audiences can experience that excitement themselves while they’re watching.”

Peltz also mentions that the team went all-in to explore the visual possibilities of this chunky universe. “A bunch of our designs started as sketches that Angus made out of LEGO bricks, because he is kind of a LEGO fanatic. While working on the movie, there were mornings when Angus would just show up and be like, ‘Look at this thing I made last night,’ and then he’d show us some insanely cool build that he’d just whipped up out of nowhere. After we picked our jaws up off the floor, we’d take his concepts and we’d riff on them in the art department. The blocky, bold shapes of the brick sketches really gave them a distinctive flavor that was fun and unique. Plus, we had instant toys. That’s always cool!”

The film’s visual effects supervisor Jane Yen (Coco, The Incredibles, Up) reveals that one of Lightyear’s key challenges was building Pixar’s first IMAX pipeline for film production. “We created a virtual IMAX camera with 143 aspect ratio and developed a pipeline to allow us to simultaneously shoot the film for IMAX, and then crop down for our standard 239 format,” she points out. “We created workflows for editorial and layout, shot teams and rendering.”

Yen adds she is also proud of the team’s development of new groom construction techniques and the braided hairstyles created for some of the characters. “Our braids system has controls for braid partitioning, curl and graphic shaping that have allowed us to bring our beautiful characters even further to life,” she notes.

“We also had to create a planet and clouds as seen from space,” Yen explains. “For this scale, we developed a procedural system to generate terrain and volumetric clouds that were both high fidelity and art directable. One of our most fun challenges was creating the hyper-speed effect which was a key story point, and critical to get right for the film. For our final look, we went with a style of long, multicolored streaks that pays homage to the classic sci-fi films that Angus loves.”

While fans of the Toy Story franchise count the days until the opening of the movie in June, MacLane and his team are excited to be sharing this new voyage with them. “I want the audience to have this feeling that they’ve gone on this fun space adventure,” says the director. “I want them to enjoy what the protagonist is going through and to be surprised and delighted by the filmmaker’s choices, just like I used to be with the sci-fi movies I grew up with.”

Lightyear’s robotic feline companion Sox is bound to be one of the film’s most beloved characters. According to director Angus MacLane, the character’s inspiration was not what you might expect: “Well, I should tell you, ‘I’m a cat person,’ but he really came from my love of limited animation,” he reveals. “As an animator, I always enjoyed animating limited characters. I animated WALL•E, and Ken in Toy Story 3, and most of the toys in the Toy Story shorts. These movement limitations provide much of the charm and comedy of these characters. So, for Sox, I wanted a robot character that had the limitations in terms of simple animatronic puppets. Sox is a true contrast to the other elements of the film, both in design and in motion, making him stick out in a good way.”

MacLane points out that although Sox has limited movements, he is by no means helpless. “He’s got a welding laser, he’s got long-range scanners, holo projectors, short-range sensors — as well as an empathy chip, quadruped locomotion, magnet feet, self-writing mechanism, a data port in the tail, the ability to talk…” lists the director. “Sox has many other abilities we can’t even tell you about. But what we can tell you is that he’s a scene stealer. And he’s performed by Pixar’s own Peter Sohn, the voice of Emile from Ratatouille, or Squishy from Monster University, and the director of The Good Dinosaur. Pete’s natural warmth, charm and humor made him the first and best choice for this character!” 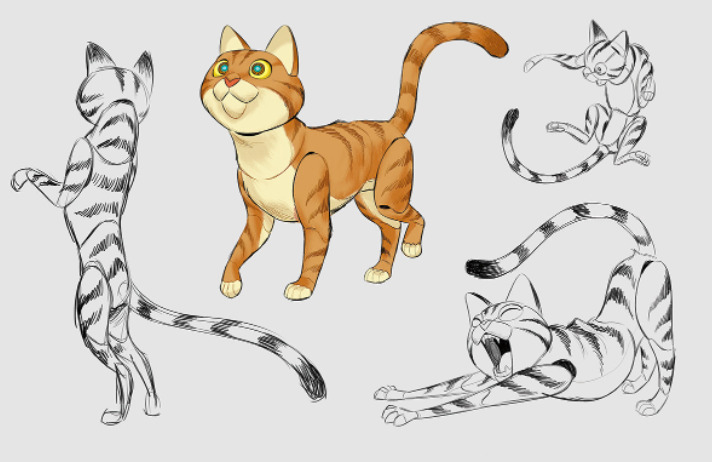 ‘The Midnight Gospel’ Will Not Return for S2 on Netflix
Disney Teases ‘Strange World’ with New Preview, Poster