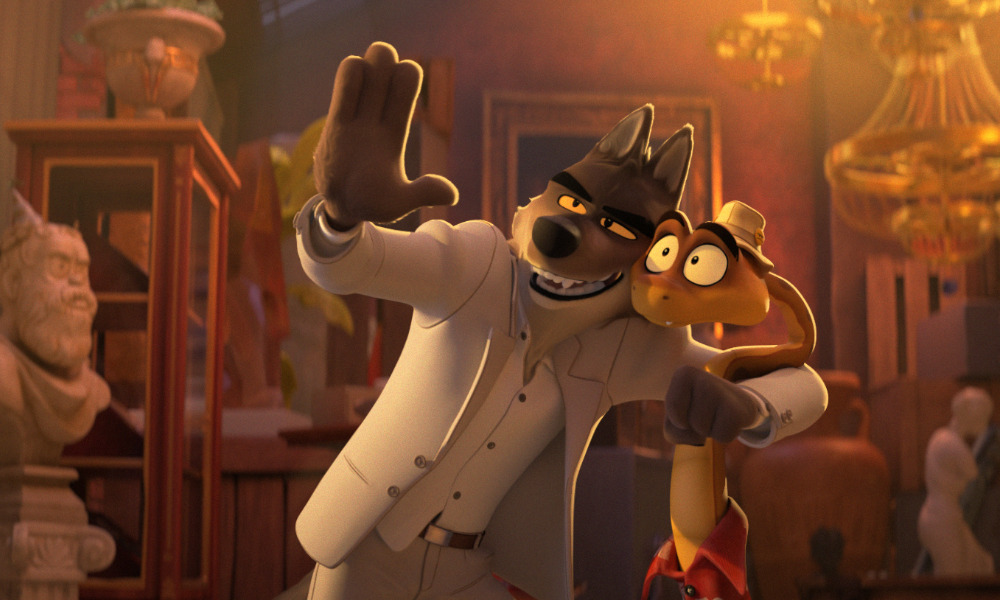 DreamWorks Animation’s latest animated feature is ready to slink into cinemas on April 22, and The Bad Guys promises to break all the rules of what audiences might expect from a 3D CG pic. In the new featurette below, the filmmakers discuss the inspirations and techniques that brought Aaron Blabey’s creations from the book cover to the big screen.

As director Pierre Perifel explains in the video, everything started from those original illustrations by Blabey, blended with cinematic techniques and artistic touches. “I wanted to make it my own French sense of design influenced by the anime style. The idea was to mix and blend mediums, to try to break that mold and try something different.”

Producer Damon Ross, production designer Luc Desmarchelier and art director Floriane Marchix (one of Animation Magazine‘s Rising Stars of 2022) go on to explain how the film pays tribute to beloved Hollywood heist movies, such as the opening diner scene (a nod to Tarantino) and the use of long, continuous shots.

The featurette also discusses how the team translated Perifel’s strong, graphic early designs into a polished CG film that blends mediums and breaks the mold. Added layers of 2D elements were layered on top of the 3D to make the visuals pop; illustrative brush strokes were retained from design to model. As VFX supervisor Matt Baer points out: “This film was really about trying to remove the details that we normally work really hard to add!”

Trailer: Nap Time’s Over for ‘The Boss Baby: Back in the Crib’
Springfield Is Happier Than Ever with New ‘Simpsons’ Short ‘When Billie Met Lisa’