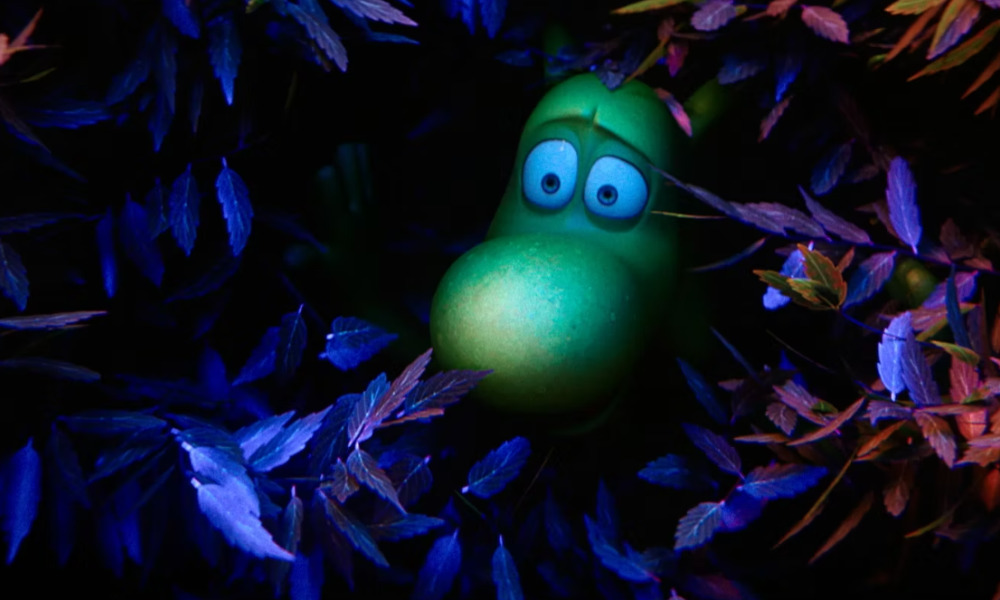 Warsaw-based production studio Human has just released the official teaser for its animated feature film, Diplodocus, inspired by Tadeusz Baranowski’s classic comics The Journey with Diplodocus and Professor Nervekovsky’s Mezzanine. The studio is in the final production stretch for this adventures of a little dinosaur and his eccentric companions.

The film, made on a large scale with a great deal of passion, combines animation with live-action scenes and is an unconventional, nostalgic journey full of absurd humor brought to life with stunning visuals and sound. The premiere of the film is scheduled for 2023, and its creators hope to make it a hit with both Polish and international audiences.

The Polish-Czech-Slovak co-production is described as a warm, slightly crazy adventure comedy for the whole family. The filmmakers will bring viewers into an original, colorful world by combining modern 3D animation technique with hand-painted elements. Diplodocus is directed and written by Wojtek Wawszczyk, the Art Director of Human.

Synopsis: Diplodocus is a curious little dinosaur who dreams of a great adventure and finding friends. He’d like to discover what lies behind the muddy wall surrounding his home — a boring, prehistoric swamp. But his overprotective parents won’t allow it; they’ve built the wall for a reason — they believe their son isn’t ready for independence, and they constantly have to pull him out of trouble. One day, Diplodocus’ parents and the world around them mysteriously disappear…

Thanks to his extraordinary abilities, Diplodocus escapes his erased comic-book world into a completely different story! There, he meets the self-absorbed wizard Hocus Pocus and a pair of quirky but sympathetic scientists: Professor Nervekowsky and Entomology. Together, they set off for a great adventure, full of unusual places and characters, to save Diplodocus’ family.

The atmosphere of the new Diplodocus teaser is reminiscent of images from the 1980s, which, combined with the synthpop music and the tension-building narrative, reflect the style of touchstone films such as The NeverEnding Story, E.T. or  Who Framed Roger Rabbit — a style that speaks to the promises of adventure and unexplained phenomena the filmmakers seek to capture.

“Diplodocus draws plenty of inspiration from the 1980s — mainly from Tadeusz Baranowski’s then-popular comic books, but also from films and music of the time,” notes director & screenwriter Wawszczyk. “Our movie is dedicated primarily to children. But the element of nostalgia is obvious for today’s 30- to 40-year olds, who often are also parents, and I care about this intergenerational, shared experience of the film. I’d like adults to have fun watching it and to feel like children again for a while.

“The 1980s films were not afraid of innovative narratives and uncompromising play with form, while respecting the craft. I believe the viewers will find it in Diplodocus. We’re making a warm and slightly crazy movie. A kind of movie that we are missing nowadays.”

An Animated First for Poland

The premiere of Diplodocus will mark an exceptional milestone for Polish cinema and its audience: It is the first Polish animated feature for family audiences, made on such a large scale.

“Dozens of artists from several countries put a lot of heart into this production. It’s possible in our region to create an epic animated film that can be placed next to the biggest productions created for a much larger budget,”  Wawszczyk notes.

“The technology and attention to detail in Diplodocus are not inferior to what we know from contemporary mainstream animated films. However, what distinguishes us is the crazy, original script and artistic solutions taken from the comic book: baroque richness of forms, surprising character design and a bold color palette — all this results in a very attractive effect. I know it because I’ve seen much more than this one-minute teaser and can’t wait to share the whole thing with the audience.”