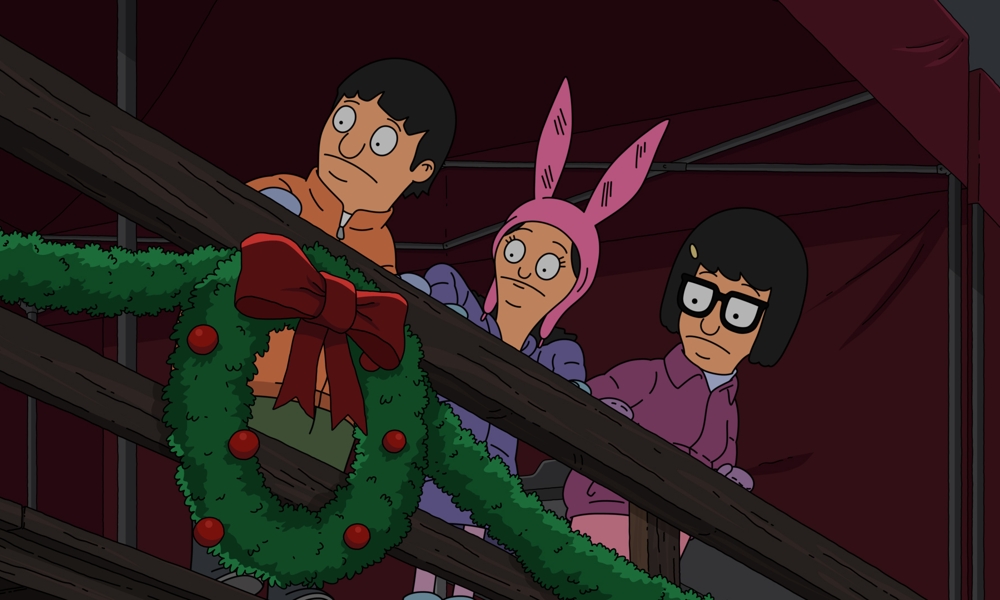 In this week’s all-new holiday episode of FOX’s Emmy and Annie Award-winning animated sitcom Bob’s Burgers, the family Belcher is off to mingle with the upper bun of local society as caterers to the Yacht Club’s big holiday event. We’re delighted to share a sneak peek at the seaside misadventure, which premieres Sunday, December 13 at 9 p.m.

“Yachty Or Nice” – When the Belchers get an unexpected invitation to cater the Glencrest Yacht Club’s holiday boat parade, Bob wonders if there’s a catch. Meanwhile, Louise has her eye on the present-loaded Santa Schooner.

The episode is part of a festive lineup on FOX Animation Domination this Sunday, which also features all-new holiday installments of The Simpsons, Bless the Harts and Family Guy starting at 8 p.m. / 7 p.m. Central.

The series was renewed this fall for a 12th and 13th season. Bouchard and Smith are showrunners for the current 11th season.