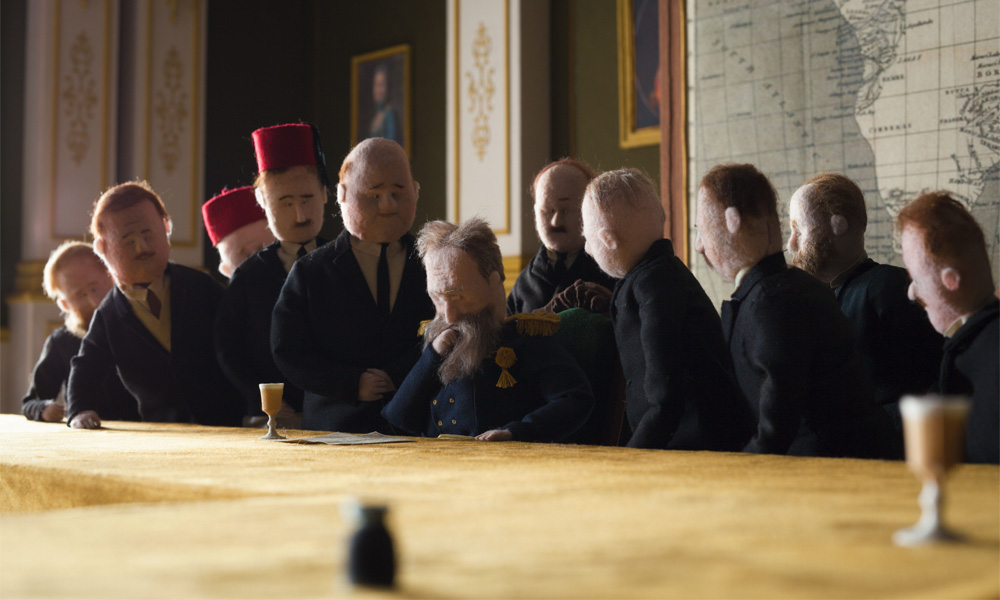 On March 1, GKIDS will present a special theatrical release of the much-lauded stop-motion film This Magnificent Cake!, from directors Marc James Roels and Emma De Swaef (Oh Willy…). In advance of this can’t-miss engagement, the stateside distributor is offering up a slice of the film to Animag readers with this exclusive clip.

Synopsis: In the late 19th century, keen to compete with other European imperial powers on the continent, King Leopold II of Belgium proclaimed, “I do not want to miss a good chance of getting us a slice of this magnificent African cake.” The subsequent occupation of the Congo would come to attract a contingent of servants, merchants and miscellaneous bourgeois driven by everything from insatiable greed to existential fear. From the intimate stories of these characters — many of whom pass through a luxury hotel in the middle of the jungle – emerges a greater narrative concerning the imperialist mentality. In a film by turns surreal, darkly comic and brutal, directors Marc James Roels and Emma de Swaef ultimately turn their critical gaze on the colonists themselves in a work of stunning, mysterious beauty.