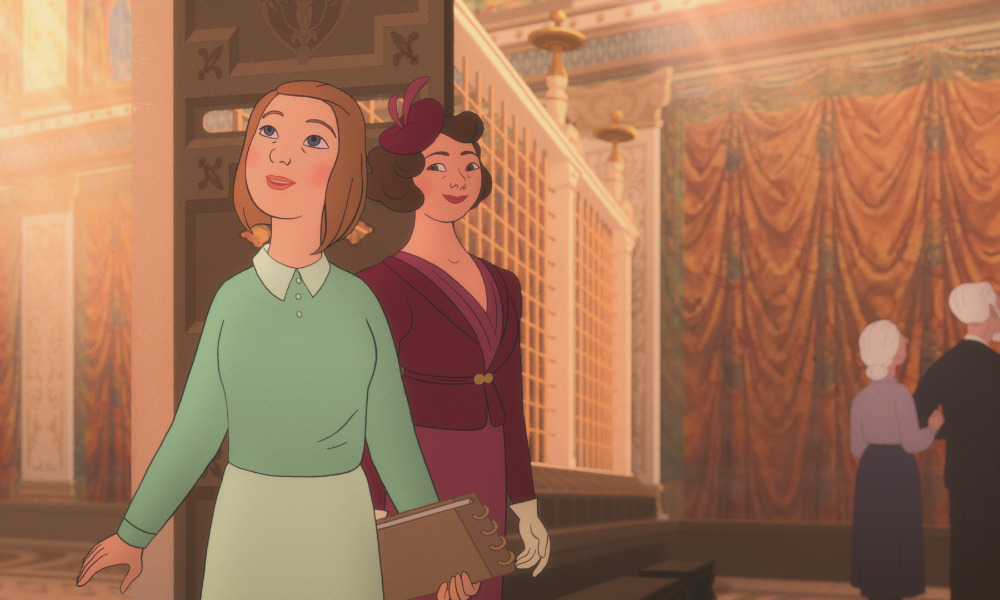 'Charlotte' delves into the life and inspirations of artist Charlotte Salomon, such as a visit to the Sistine Chapel.

The life and art of German-Jewish artist Charlotte Salomon (1917-1943) who was killed in Auschwitz, is the subject of Charlotte, a beautifully animated feature directed by Eric Warin and Tahir Rana. The 2D-animated movie, which premiered at the Toronto International Film Festival last year, is getting a limited release in U.S. theaters this month thanks to Good Deed Entertainment. 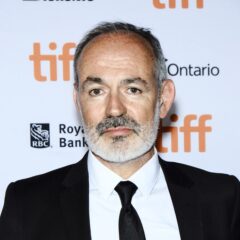 Warin, who also directed the 2016 feature Leap! and was a character designer/assistant animator on The Triplets of Belleville, says he was immediately moved by the story and the central character as soon as he read the script. “The producer Julia Rosenberg came to meet me in Montreal and we talked extensively about the film and cinema in general,” he recalls. “I then went to Toronto with a list of things I would consider important to change; the storyboard was already started, so that was sensitive. Ten days later I moved to Toronto and plunged body and soul into this adventure!” 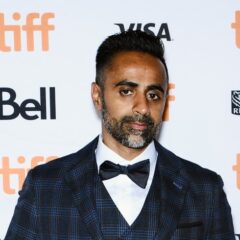 Co-director Tahir Rana, whose many TV credits include Looney Tunes Cartoons, Middlemost Post and Arthur, says he also fell in love with the story and insisted that he’d get a chance to work on the film. “The opportunity to work on drama is just so unique in the North American market that I jumped at it,” says Rana. “Coupled with the fact that Charlotte Salomon’s story in itself is so beautiful and inspiring, I knew that I’d probably never get the chance to work on something so important and rare again.”

Warin mentions that he could smell the paint from the very first lines of the script. “My father is a painter and I spent my childhood in his studio watching him work for hours on end on his canvas. I also saw myself in the corridors of the Academy of Fine Arts where I studied. That’s why many elements of the film echoed in me. My grandmother had also left her country during World War II.”

He adds, “Beyond animation, I am also a great lover of cinema of all kinds. So I drew on references other than animation and I worked a lot on framing, composition and rhythm (editing). I really wanted to give this film a cinematic treatment that uses animation as a medium to express itself — a bit like Steven Spielberg used black and white in Schindler’s List.” 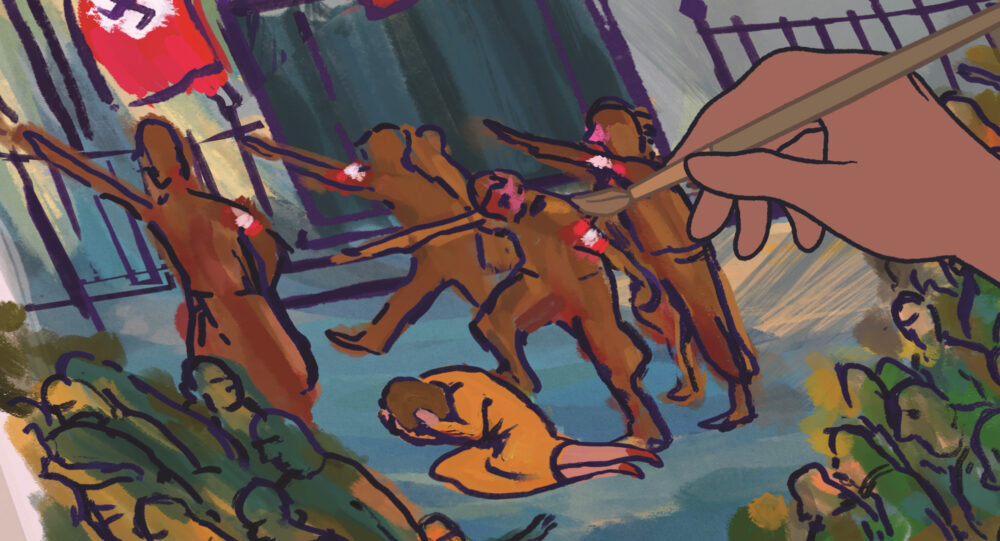 The filmmakers incorporated Salomon’s real artwork into ‘Charlotte,’ such as this dark memory of Nazi Berlin.

The directors both feel that animation was the ideal medium to tell the painter’s story.

As Rana points out, “Not only were we able to draw inspiration from Charlotte’s own style with regards to our overall art direction, we were able to weave her very own paintings into the film’s transition moments in a way that would just not have worked had we used any other medium.” “In this tragic story, animation allows us to touch the soul of the spectator in a unique way and different from live cinema with actors,” adds Warin. “And above all, it sublimates reality and it adds poetry to the harshest images.”

About 100 people worked on the project, with storyboarding done in Toronto and the animation split between Toronto, Brussels and several indie animators working remotely. The production used Toon Boom Harmony to deliver the fluid 2D animation. Warin says the film’s central visual style was directly influenced by Salomon’s paintings. “We tested several styles close to her paintings, but we had to simplify it to be able to animate it,” he notes. “The other important element was to always make sure to place Charlotte’s paintings in the foreground, and an overall style that was too much like her style would drown out the paintings. A more neutral style was needed to make the paintings stand out. To give life to the animation, we also subtly added animation in the tools around the characters. We also created a dark blue tint to the character’s outlines, because Charlotte never used black.” 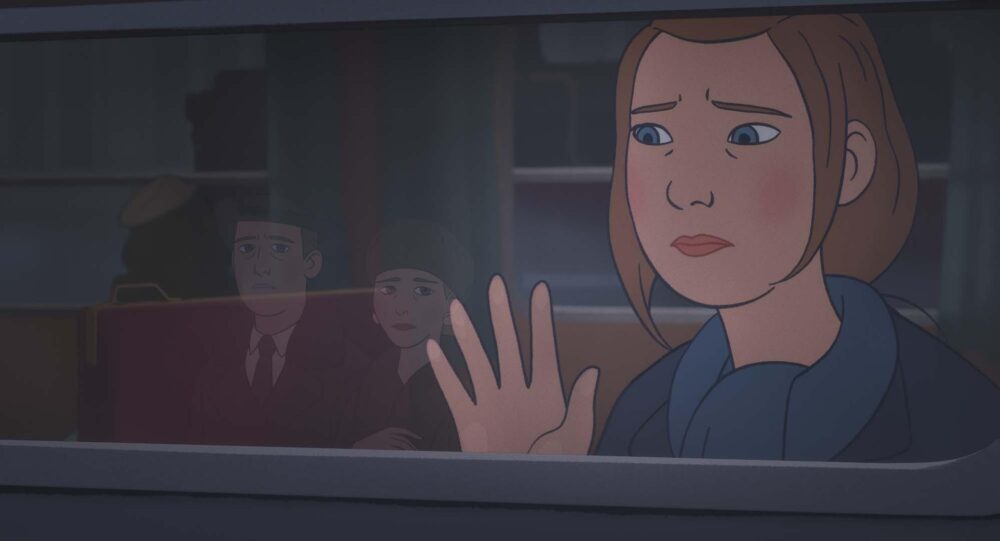 Charlotte glimpses her parents from her traincar window in one emotional scene.

Rana points out that the initial concept involved the artist’s own expressionistic style to create the character designs. “However, as the film evolved we realized we needed to infuse more realism into the designs so there was some departure. Salomon’s paintings were still a huge inspiration with regard to the color palette and mood boards, and we even used her finished paintings as transition devices during certain points in the film.”

When asked about their cinematic influences, both directors offer a wide range of artists and movies. Rana says he is a huge Hayao Miyazaki fan and has a great love for all Studio Ghibli movies. “For this film specifically, we drew inspiration from independent 2D-animated films like Long Way North and The Red Turtle,” he adds. 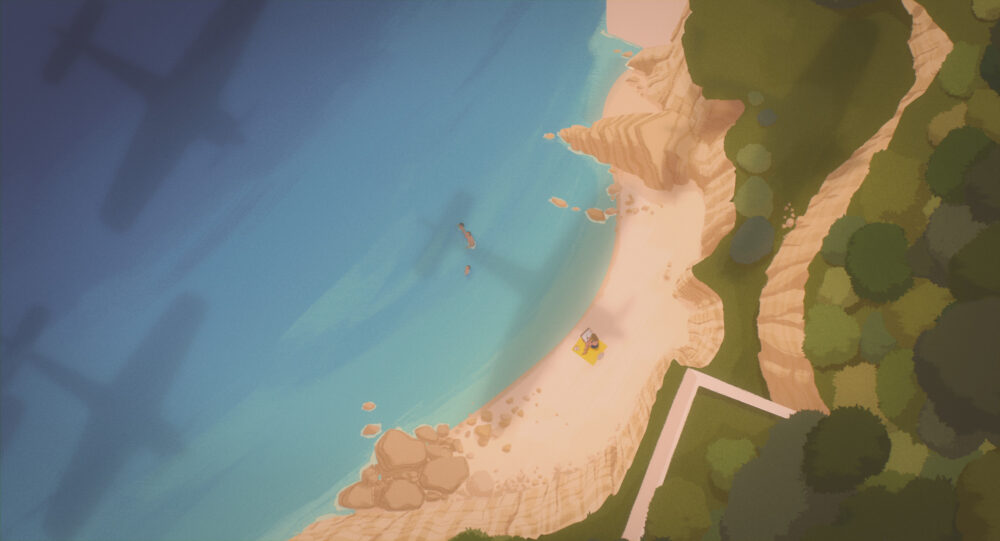 War planes fly overhead while Charlotte paints on a beach.

Warin says he can spend hours talking about his inspirations. “My incomplete answer is that I have a very wide range of influences,” he says. “From Spielberg to Tarantino, Sergio Leone and Hitchcock. What they all have in common, and which is of paramount importance to me in my work, is their mastery of manipulating the viewer. How they use the ingredients of cinema to communicate to the spectator the emotions they want him to experience.”

Both directors also point out that making the movie taught them several important lessons about the craft. “Probably more than anything, I understood the importance of having a really strong animatic that is well thought-out and executed,” says Rana. “We had multiple test screenings of our animatic before animation ever began, and that made all the difference in the success of the final product, in my opinion.” 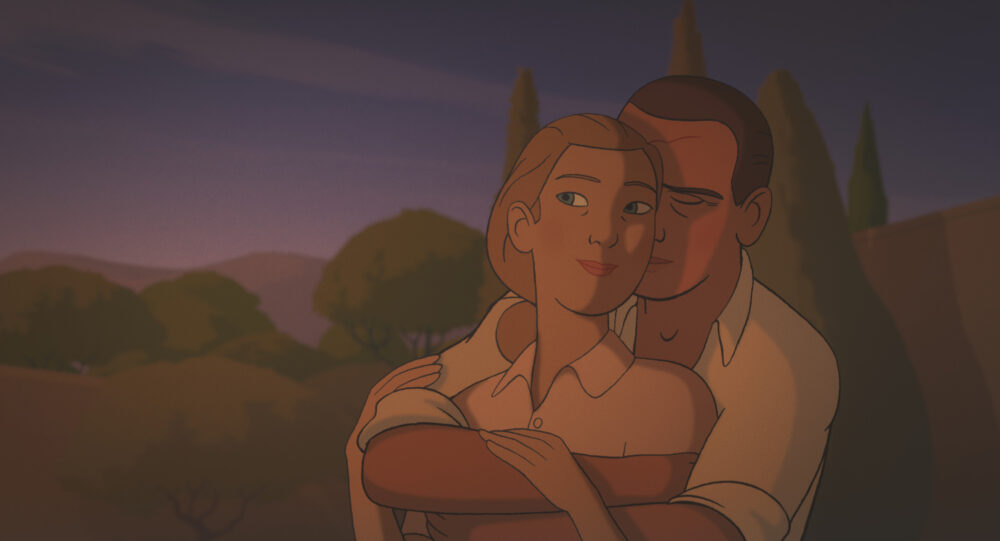 “I have learned that no matter what the medium is, a story or a film is all about emotions and that as a director, you have to do everything you can to take the viewer on a journey that you hope they will grow from,” offers Warin.

As Charlotte joins the growing ranks of evocative and inspiring movies about artists (such as Loving Vincent), the helmers hope their movie will help preserve and promote the legacy of Salomon. “More than anything, I wish to bring awareness to Charlotte Salomon’s artwork, which is so vibrant and beautiful, and for audiences to understand just how much she suffered and lost in order to bring her work out into the world,” says Rana.

“I hope they’ll discover Charlotte as I discovered her — that is to say, as a very talented artist, but also a young woman who could be their neighbor or a member of their family,” concludes Warin. “Charlotte’s story is current and modern. It is a coming-of-age story and an invitation to live life without waiting. It is also a film about choices and decisions.” 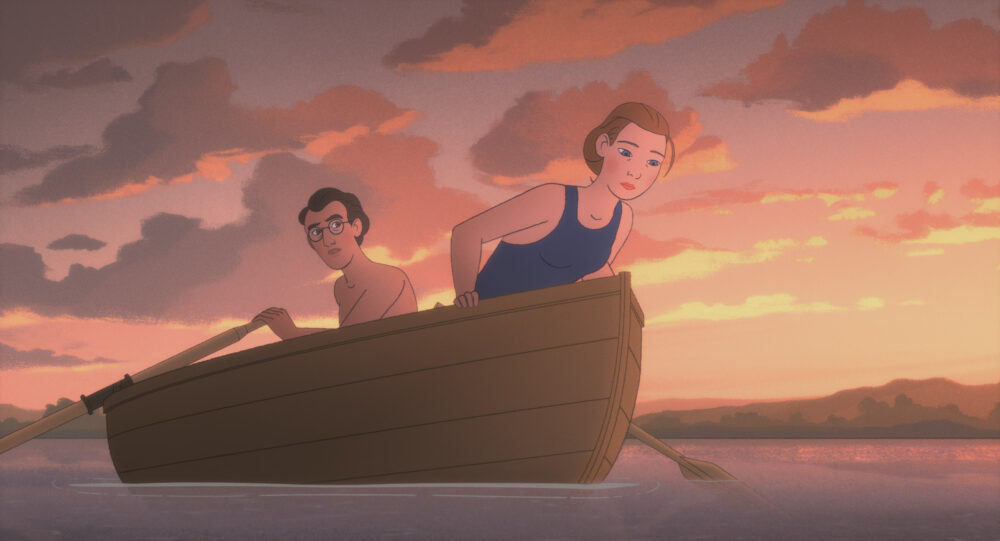 He adds, “Unfortunately, current events seem to be repeating themselves, and the current war in Ukraine plunges us again into the darkest life has to offer. In this regard, I was very affected to discover a picture in a newspaper last week. It was of a little girl on a train, her hands on the windows, leaving her parents on the platform. The fear and uncertainty of what will happen to everyone is palpable. This image immediately reminded me of the shot of Charlotte leaving Berlin in the movie.”

Good Deed Entertainment will release Charlotte in New York City and Los Angeles on April 22, and in San Francisco on April 29. The movie is is produced by January Films, Balthazar Productions and Walking The Dog.