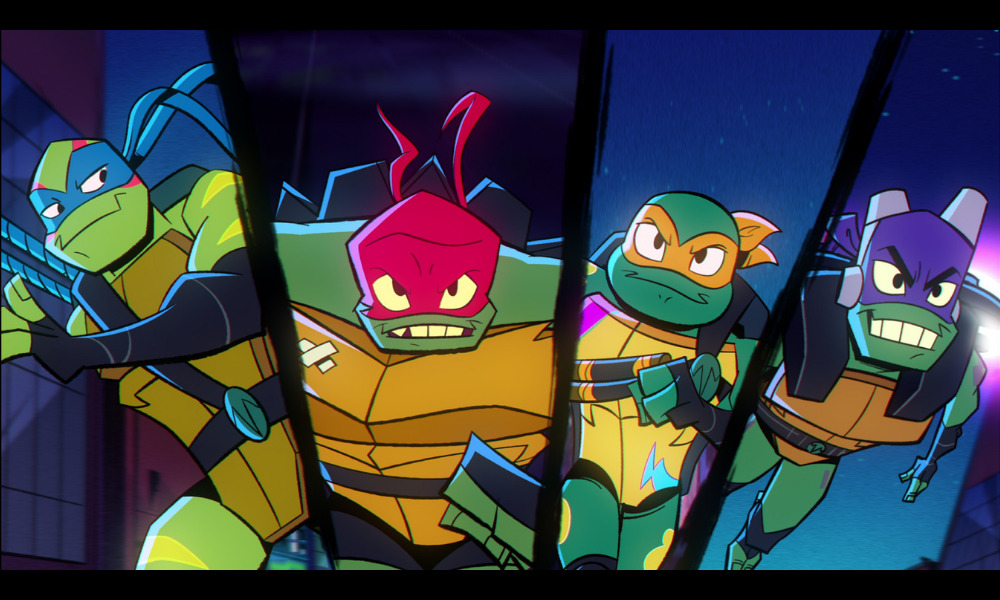 Rise of the Teenage Mutant Ninja Turtles: The Movie [Netflix © 2022]

If you need some action-packed fun and fantasy and a quartet of pizza-chomping, interplanetary alien-fighting heroes back in your life, then have to feast your eyes on Rise of the Teenage Mutant Ninja Turtles: The Movie on Netflix this month. Directed by Nickelodeon series veterans Ant Ward and Andy Suriano and penned by Tony Gama-Lobo and Rebecca May, the pic features a killer cast that includes Ben Schwartz, Omar Miller, Brandon Mychal Smith, Josh Brener, Kat Graham, Eric Bauza, Haley Joel Osment, Rhys Darby and John Michael Higgins.

The film’s plotline finds our favorite half-shell heroes encountering a mysterious stranger from the future named Casey Jones who warns them about the invasion of Earth from an alien force known as the Krang. Soon, the Turtles find themselves wrapped up in a super energetic and exciting mission to save the world from the soul-sucking aliens. 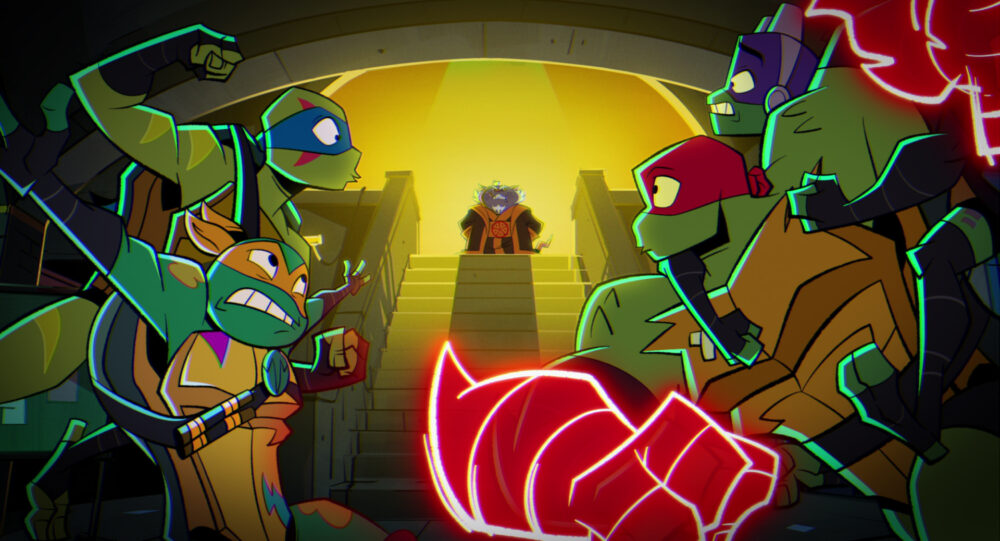 Ward and Suriano tell us that they actually started developing the movie back in October of 2018, but things really got moving on the project in March of 2020. “The entire production was done during the COVID quarantine period,” recalls Ward. “We had about eight months to get the animatic ready and it was a very ambitious schedule.”

Suriano recalls that they were working on the second season of the Rise of the Teenage Mutant Ninja Turtles series (which ran from July of 2018 to August of 2020 on Nickelodeon) at the same time as the movie. “We had to do a big pivot when season two was truncated,” he explains. “It was important for us to wrap up that narrative as much as we needed to do. We were already going in a different direction in the movie, so we were able to tell as much of the story as we could.” 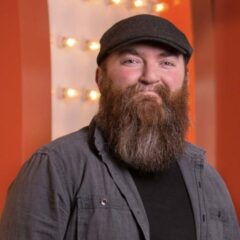 Ward adds, “When the movie got greenlit, we were deep in telling the stories for season two of the show. The movie was on a definite trajectory. Because the second season was truncated, we couldn’t tell the entire story in the show. There were some things in the movie that are not going to quite align with the series, but we worked around them.”

Helping the 90-plus team at Nickelodeon with the Toon Boom Harmony-based animation production were Australia’s Flying Bark as well as Top Draw studio in the Philippines. “They helped us tell the story we wanted to tell,” says Ward. “We couldn’t have done it without them.” 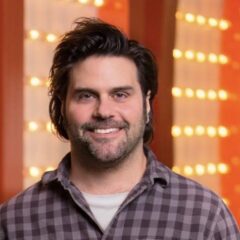 The duo points out that the feature format allowed them to bring nuances and layered character growth to the familiar characters. “We were able to feature a lot of growth for our Turtles, things which we could only do incrementally in a series. We knew we had a longer time with the story, so we were able to take each character on a journey and watch them grow,” says Suriano. “I think it will be a lot of fun for existing ROTMNT fans as they’re going to see some of the seeds that we planted earlier on pay off. Our goal was also to bring in some new fans and make this movie accessible to general Ninja Turtle fans. Some of the general TMNT fans will be able to enjoy some of the old fan favorites seen through our lens in this universe. You can really enjoy it from both perspectives.”

Ward points out that the longer format allowed the team to really explore a larger, character-driven story. “We were able to do things that we weren’t able to achieve with an 11-minute series format. The movie is still incredibly kinetic and vibrant, but we were able to do a lot more.” 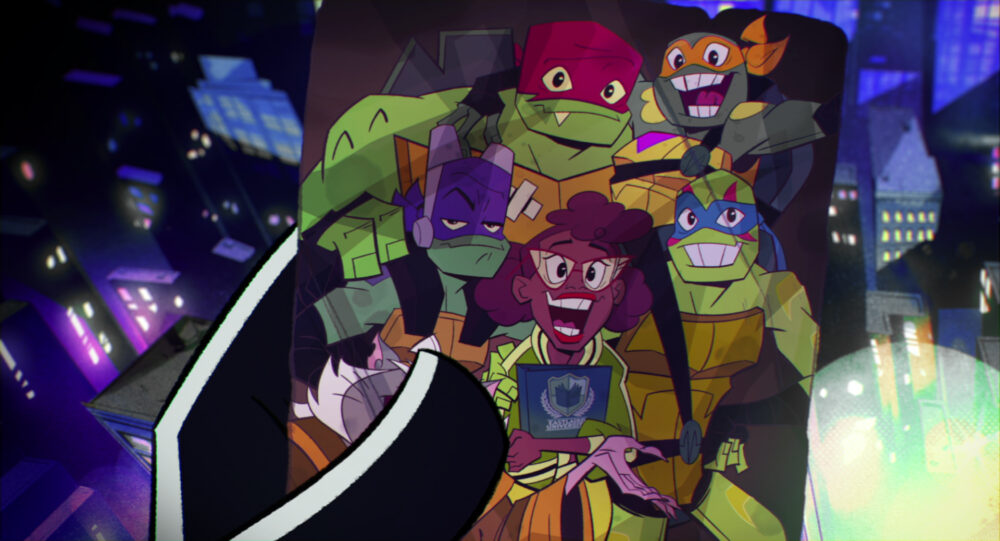 Suriano mentions that the Turtles characters, which were originally created by Kevin Eastman and Peter Laird in 1984, are so close to him and Ward that they feel like family. “I love the fact that we get to introduce them to a wider audience now. Hopefully that love and heart will translate as well,” he notes. “I believe that the movie’s animation style is so amazing, I can put it up against anything else out there. I don’t think anyone in the TV animation industry was able to do what we did in our series. The movie is going to be next-level for sure.”

Ward, who has been playing in the much-loved TMNT sandbox since 2010 when he came on board as supervising producer on the first Nickelodeon show (2012-2017), says fans can look forward to seeing the return of some cannon favorites. “I think audiences will also enjoy this story which is ultimately about friendship and trust and love in the familial sense,” he adds. “At the end of the day, you can have as much butt-kicking ninja action as you want, but if it doesn’t have heart and soul and some underlying sincerity and truth to it, it falls on the ground. It’s important to make it funny and make it action-packed, but always keep the heart!” 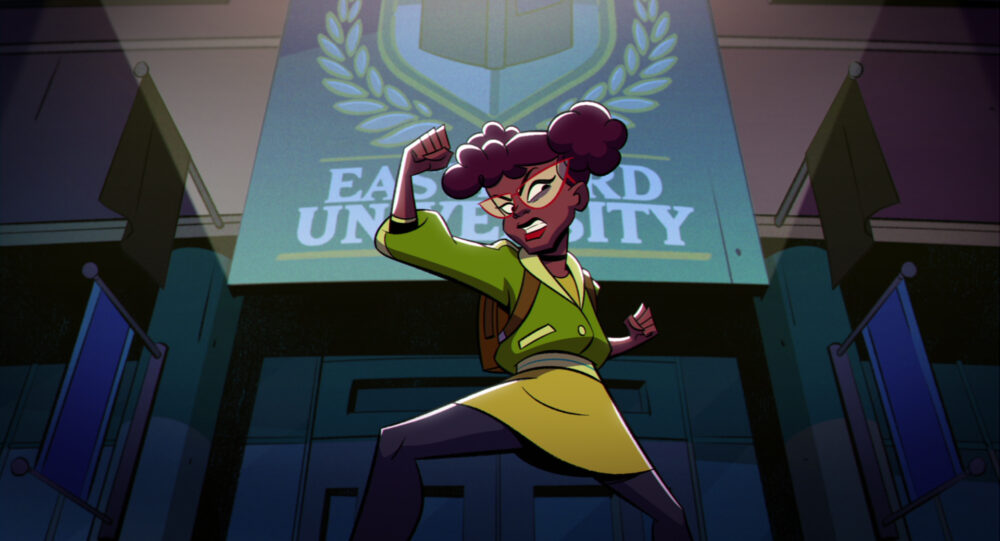 Rise of the Teenage Mutant Ninja Turtles: The Movie [Netflix © 2022]

Suriano concludes “We were able to put these characters in such an outlandish world because the show is grounded in so much heart. We really wanted the relationships between all of them to feel authentic; that was our North Star as we set out to tell all of these stories. We always needed these grounded elements to be able to go insane and totally batshit crazy with the action!”

Rise of the Teenage Mutant Ninja Turtles: The Movie premieres on Netflix on August 5. You can also catch both seasons of the series (39 episodes) on the streamer.