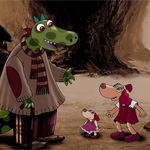 The resourceful Estonian dog named Lotte is getting ready for her third animated feature. Directed by Janno Põldma and Heiki Ernits and written by Poldma, Ernits and Andrus Kivirähk, the 89-minute 2-D animated feature is in production for 2019, in time for Estonia’s centennial film celebrations.

Titled Lotte and the Lost Dragons, Lotte’s third adventure finds two scientists (Karl the Raccoon and Viktor the Fish) arriving in Gadgetville to record the songs of the mythical fire-spitting dragons. Of course, Lotte and her little sister Roosi decide to find the dragons and make some surprising discoveries along the way.

Põldma notes, “We have come up with an environment, where the children are the main characters and the driving force, but there are adult characters around them, so the films offer something for the viewers of all ages.”

The movie which has a 2.7 million euro ($3.2 million) budget is funded by Eesti Joonisfilm, Estonian Republic 100 and the Estonian Film Institute, and co-produced by Rija Films, with support by Creative Europe MEDIA program. Both the first film, Lotte from Gadgetville (2006) and its sequel Lotte and the Moonstone Secret (2011) were well received internationally and screened at dozens of festivals, including Berlinale and Annecy. 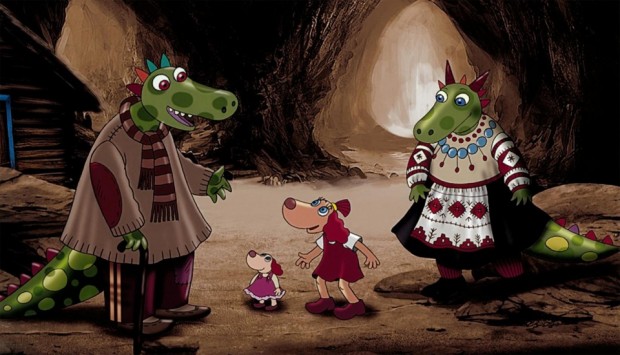 Lotte and the Lost Dragons