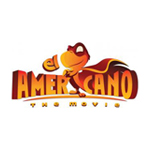 El Americano, one of our favorite indie features of the past year has released a trailer for its English-language version.

The story follows a young bird who heads to Hollywood in hopes of earning the help of the American TV superhero El Americano to save the family circus in Mexico.

No U.S. distributor has been set, but the film is eyeing an August release.