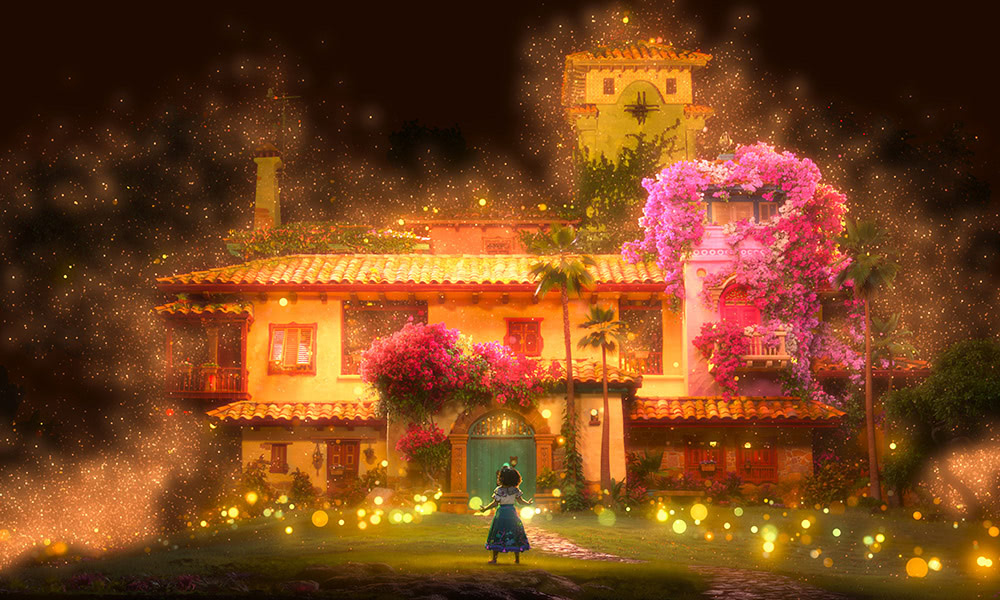 During the Pajama Party screenings, Guests can enjoy breakfast in their reserved seat while wearing their favorite family-friendly pajamas. Each Guest attending will receive a muffin, cereal, yogurt and juice or coffee. Tickets are $25 for all ages.

Guests can also take a picture at a photo op in the lobby before every screening of the film, purchase Encanto themed concession items including a LE 2000 Stained Glass Pin, and enjoy the Mighty Wurlitzer Organ before the movie on Saturdays and Sundays.

Tickets are now on sale at www.elcapitantickets.com and www.fandango.com/el-capitan-theatre-aacon/theater-page. Family Packs ($48) are available, including four tickets and four 64oz popcorn tubs (not valid Sat. & Sun.)

Disney’s tale of an extraordinary Colombian family and their magical house continues to captivate fans. This week, the film’s soundtrack landed at No. 7 on the Billboard Hot 100, jumping up from No. 110 in a week thanks in part to the popularity of “We Don’t Talk about Bruno,” one of the original songs written for the film by Emmy, Grammy and Tony winner Lin-Manuel Miranda. The tune has taken off as a sound trend on TikTok, featuring in over 54,000 videos, and itself hit No. 50 on the Billboard chart. The song “Surface Pressure” landed at No. 54.

Encanto is the first soundtrack to place in the top 10 of the Billboard Top 200 since Disney’s 2019 animated sequel, Frozen II, according to the outlet. The picture has been shortlisted by the Oscars for both the Original Score (composed by Germaine Franco) and Original Song (for “Dos Oruguitas”) categories.

Synopsis: The magic of the Encanto has blessed every child in the family with a unique gift from super strength to the power to heal — every child except one, Mirabel (voiced by Stephanie Beatriz). But when she discovers that the magic surrounding the Encanto is in danger, Mirabel decides that she, the only ordinary Madrigal, might just be her exceptional family’s last hope.

The film is directed by Jared Bush (co-director Zootopia) and Byron Howard (Zootopia, Tangled), co-directed by Charise Castro Smith (writer The Death of Eva Sofia Valdez), and produced by Yvett Merino and Clark Spencer; the screenplay is by Castro Smith and Bush.