Guests Amy Poehler and Bill Hader brought along a special treat from Disney-Pixar to their appearance on The Ellen Show this week: the world premiere of the latest trailer for Pete Docter’s upcoming CG feature Inside Out, which opens June 19.

Inside Out centers on a young girl named Riley who struggles to adapt to her new home, and the personifications of the emotions driving her. The film features the voices of Hader (Fear) and Poehler (Joy) as well as Phyllis Smith (Sadness), Mindy Kaling (Disgust) and Lewis Black (Anger). 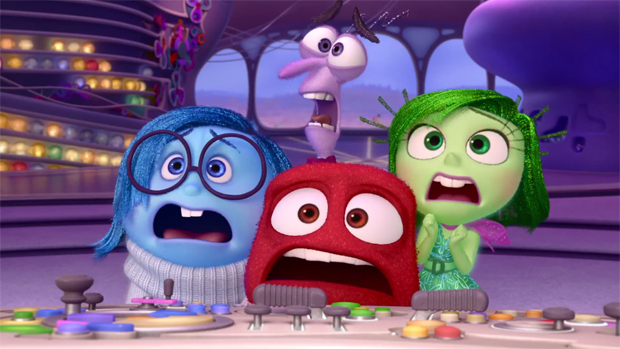