DreamWorks Animation has tapped Edgar Wright (Shaun of the Dead, Scott Pilgrim vs the World) to direct an original animated feature centered on the concept of shadows. Wright is also co-writing the screenplay with comedian and author David Walliams (Little Britain). While this is Wright’s directorial debut in the animation sphere, he did co-write the Golden Globe winning The Adventures of Tintin.

“Edgar will spearhead a new approach to this fascinating concept and we’re ecstatic to have him onboard as director along with David as co-writer,” said DreamWorks’ co-presidents of feature animation Bonnie Arnold and Mireille Soria in a joint statement. “We’ve always been intrigued by a film concept involving shadows, and now with Edgar’s signature comedic style and abilities as a natural storyteller, audiences will be treated to a truly captivating and energetic tale.”

“My first endeavors in film-making as a teenager were in animation, so it was hugely intriguing to get a call from DreamWorks Animation about potentially directing,” said Wright. “When the Shadows concept was suggested to me, I could see the poster, the title sequence and pretty much the whole movie. It’s a blast writing this and to have one of my oldest friends in comedy, David Walliams, along for the adventure is a thrill.”

The yet to be dated release is not a reboot of the languishing Me and My Shadow project, but an original concept. DreamWorks Animation’s Head of Development Gregg Taylor and development executive Damon Ross are overseeing the project for the studio. 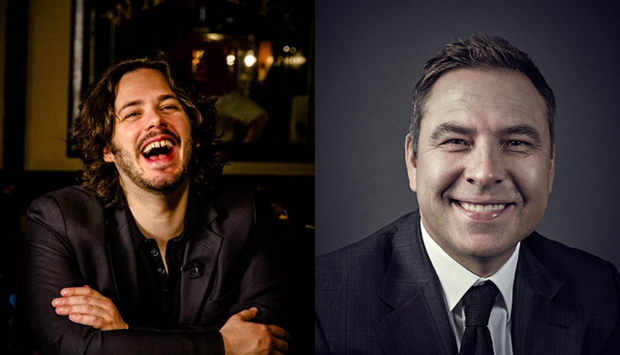 You may also like...
Related Topics:Bonnie Arnold, Damon Ross, David Walliams, DreamWorks Animation, Edgar Wright, Golden Globe, Gregg Taylor, Little Britain, Me and My Shadow, Mireille Soria, Scott Pilgrim vs. the World, Shaun of the Dead, The Adventures of Tintin