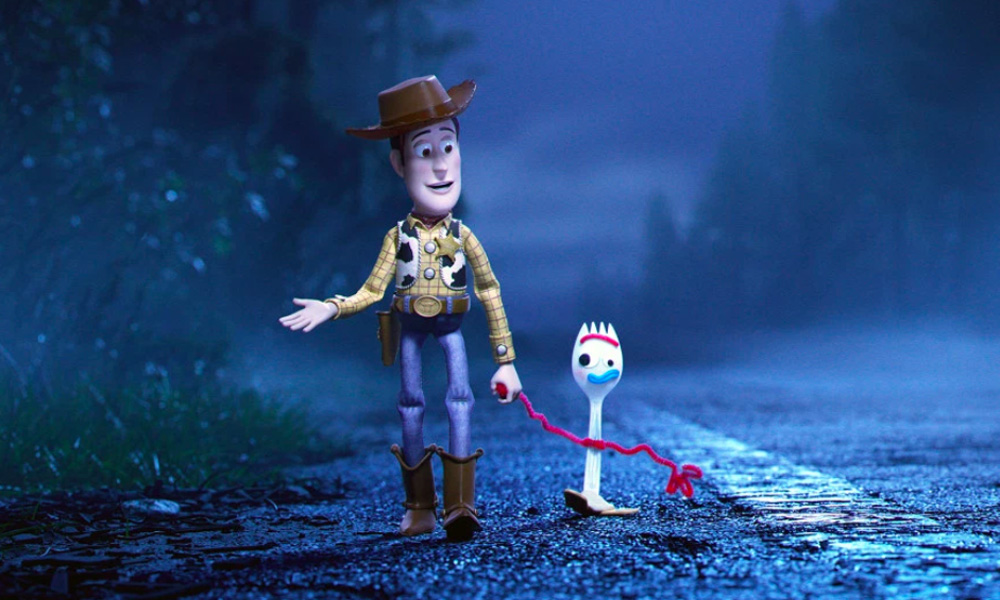 Woody, Buzz, Bo Peep and Forky may save this summer after all! Pixar’s fourth installment of the Toy Story franchise is one of the season’s most anticipated movies, and we’re happy to report that the Josh Cooley-directed family pic is getting some of the best reviews of the year. The amazing filmmakers at Emeryville studio have managed to do a nearly impossible task—make the fourth go-around for a beloved cast of characters as funny, poignant, exciting and all-around amazing cinematic experience. Currently, the film is getting a perfect 100 % score on the review aggregator site Rotten Tomatoes.

“If I had to get another Toy Story, this is about as strange and beguiling an entry as I could have hoped for.”
David Sims, The Atlantic

“We’re all Forkys at heart, the film seems to be saying. And by breaking out of the cozy boundaries of the Toy Story films, it lights out for new, uncertain territory.”
Bilge Ebiri, New York Magazine, Vulture

“Let this be a lesson to all franchise cynics: Sometimes more is actually good.”
Lindsey Bahr, Associated Press

“Pixar could easily retire this series with a clean sweep of films that have been lovely to look at and moving and funny to watch. But if they can maintain this level of wonderful, keep ’em coming.”
Alonso Duralde, TheWrap