One of television’s favorite bosses, Alec Baldwin of 30 Rock notoriety, will be utilizing his natural suave, commanding vocal presence for the DreamWorks Animation’s upcoming animated feature Boss Baby. Baldwin will star alongside House of Cards‘ Kevin Spacey, who will bring his skill at playing schemers to his role as the infant impresario’s nemesis.

Boss Baby, which has been assigned a March 18, 201 release (through 20th Century Fox), is being directed by Tom McGrath (Madagascar, Megamind) from a scrip by Michael McCullers (Austin Powers). Ramsey Naito and Denise Cascino are producing.

According to DWA, the family comedy centers on a briefcase-wielding baby (voiced by Baldwin) and his envious 7-year-old brother. When the brothers sets out to win back the sole affection of his parents, he uncovers a plot by the CEO of Puppy Co. (Spacey) that threatens to “destroy the balance of love in the world.” Now the youths must come together as true brothers to stop the scheme, save their parents, restore order to the world and prove that love is indeed an infinite force. 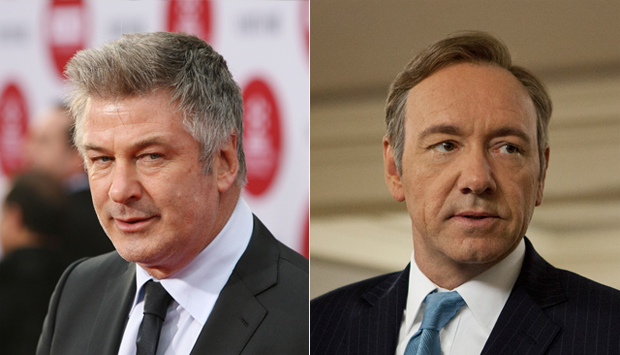