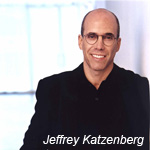 The company announced a joint venture called Oriental DreamWorks, which will establish itself at a new complex in Shanghai called the “Dream Center” and will be the co-production home of the upcoming feature Kung Fu Panda 3.

The company will focus on film and TV production and the company anticipates that more than 2,000 animation film and television production professionals from China and around the world will join the company for projects that will feature Chinese cultural elements.

Plans for the facility call for the release of Kung Fu Panda 3 in 2016, followed in 2017 by the first feature-length animated film created solely by Oriental DreamWorks. One to three event films per year are expected after that.

The “Dream Center,” intended as a must-see cultural and entertainment destination for tourists and Shanghai citizens alike, will open in 2016. With an investment exceeding 20 billion yuan (about $3.1 billion), the facility will be built on a T-shaped block in Xuhui Riverside. Plans feature designs from a number of international architectural masters and incorporate a series of theaters, cinemas, creative enterprises, tourist attractions, restaurants and commercial facilities.

The parties plan to employ the world’s top architects and designers to complete the intricate design of “Dream Center,” incorporating the use of plants and the elements of water, mud, coal, and oil that are located along the Xuhui Riverside. The intention is to achieve a seamless transition between old and new buildings and traditional and modern styles. The development will feature first-class facilities, providing unique experiences and leading-edge cultural trends in Shanghai. The development will include “Dream Walk,” the world’s largest IMAX screen, to be used for high-profile film premieres and events, as well as a central theater area and an interactive animation exhibition.

“The Chinese film industry has been growing at a rate of more than 30% per year, which makes China a vital region of international film consumption. I anticipate that Oriental DreamWorks will not only surprise us with great films, but also will achieve success across the entertainment industry landscape,” said Pimin Zhang, Deputy Director-General of the State Administration of Radio Film and Television of China. “Oriental DreamWorks is a creative exploration of Chinese and foreign cultural exchanges. Our shared dream is to make full use of precious cultural resources, develop a world-class production team, create world-class animated films, and thus contribute to the exchange of Chinese culture throughout the world.”

Jeffrey Katzenberg, Chief Executive Officer of DreamWorks Animation said, “Together with China Media Capital and our other joint venture partners, I am very pleased to establish Oriental DreamWorks in Xuhui in order to bring a high-quality, multi-media cultural and entertainment center to the area. Today’s signing ceremony is a historic milestone that represents tremendous and ever-growing opportunities for Oriental DreamWorks.”