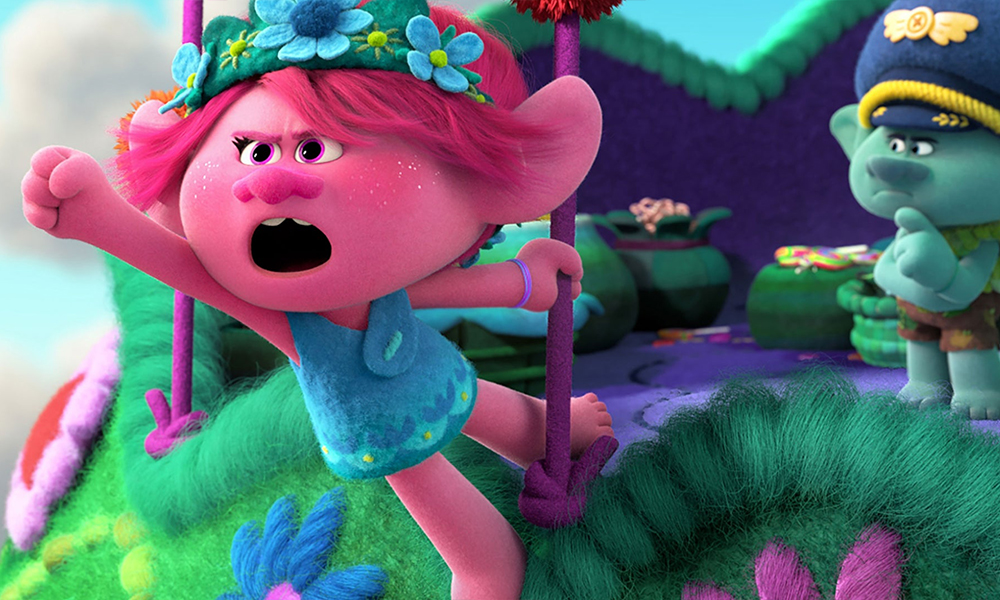 Poppy and Branch will return for another technicolor, tuneful adventure soon, with Universal Pictures announcing a third Trolls movie from DreamWorks Animation will arrive November 17, 2023. No details on where the story will take our upbeat heroes or the creative team were revealed; however, it is likely that Trolls World Tour director Walt Dohrn will return to the helm in light of his overall deal with the studio.

Trolls 3 will get the big screen treatment with a 17-day exclusive theatrical window before arriving on PVOD. The previous outing, Trolls World Tour, enjoyed breakout success going straight to home audiences during the COVID-19 theatrical shutdown last year, earning over $100 million from digital rentals (on top of $47M in worldwide box office). This move led to a row between Universal and AMC Theaters, with other cinema chains joining in, and sparked debate about how to deal with exclusivity windows and related agreements during the pandemic. The sequel did enjoy a small big screen run in drive-in theaters across the U.S.

The franchise kicked off with 2016’s Trolls, directed by Mike Mitchell and co-directed by Dohrn from a script by Jonathan Aibel and Glenn Burger (inspired by the popular Good Luck Trolls dolls), introducing the super-positive Princess Poppy (Anna Kendrick) and curmudgeonly paranoiac Branch (Justin Timberlake). Released by 20th Century Fox, the glittery musical grossed $346M in worldwide box office and earned four Annie Award nominations as well as Best Original Song nods from the Oscars, Golden Globes and Critics’ Choice Awards for “Can’t Stop the Feeling!” — which won the Grammy for Song Written for Visual Media.