DreamWorks Animation has signed an initial co-operation deal with China’s Dalian Wanda Group to work together on future projects, the heads of the two companies announced at a public panel discussion in Chengdu on Thursday. According to a report on the Sichuan Online site (ifeng.com), the Glendale-based studio, which already has launched a Shanghai-based Oriental DreamWorks Co. will be working with Wanda on various projects.

In related news, Katzenberg told Bloomberg News that The Croods has done incredibly well in China.

“[Chinese audiences] love animation. The stories are very affirmative, the movies always embrace very positive themes, they celebrate the best of humanity, they’re optimistic films, their characters are hopeful characters, and I think those are things that the audience here responds very, very well to. I think they love happy endings. Animation has a common denominator that transcends languages, cultures, countries, everything.”

When asked about dealing with censorship from the Chinese government, Katzenberg responded…

“For us, we tell the stories that we like to tell…The stories that we tell and the way in which we tell them is very appealing to this market, so again, your approach to thinking about it is not how we go about it. We’ve been bringing movies here for more than a dozen years, we’ve never been asked to change a single frame of a single film. I know people often are concerned about censorship, I’m sure for some movies and some films and some filmmakers, it’s an issue. It’s never been one for us. We don’t make movies that seem to have any issues for the censors.”

“With the development of information technology, there’s a great future for the animation industry,” said Wang Jianlin, owner of the Wanda Group, who also owns the U.S. theater chain AMC. “I’ve known Jeffrey for a long time but it’s only recently that we reached this agreement.”

The two CEOs didn’t reveal any further details about their partnership.

Joining Katzenberg on this Chengdu trip is the talented, Oscar-winning director Jennifer Yuh, whose Kung Fu Panda 2 has become the highest-grossing animated film ever released in the country, with over $99.1 million in tickets sales in 2011. Yuh is also directing the third installment of the Kung Fu Panda franchise for a December 23, 2015 release date. Incidentally, Chengdu is the capital of Sichuan Province, the largest breeding ground of pandas in China! 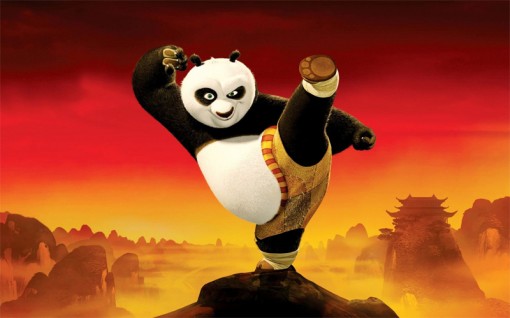